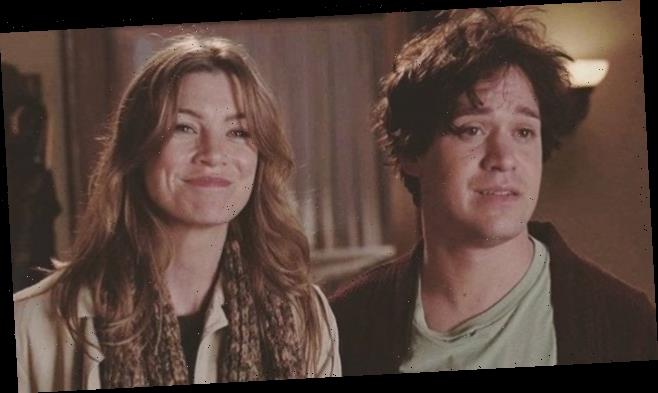 Ellen Pompeo knows that Grey's Anatomy fans have been going through it lately. For weeks, the show has teased the fate of Dr. Alex Karev, after it was announced that actor Justin Chambers was exiting the long-running ABC hit. During this past week's episode, which aired on March 5, the powers that be finally revealed Karev's absence: He left Seattle, his job, his friends, and his wife Jo to reunite with Izzie Stevens (Katherine Heigl) and the twins she gave birth to from embryos the couple froze many, many seasons ago when she was battling cancer…

Some fans were so upset with the "out-of-character" exit for one of the last remaining original five surgical interns, they actually wished he'd been killed off, instead. You know, George O'Malley style, not McDreamy style.

Leave it to Pompeo, who has played the titular Meredith Grey since the show debuted in 2005, to provide her fanbase with a much-needed pick-me-up. The actress posted an Instagram on March 6 with T.R. Knight, who played the lovable O'Malley for five seasons. "Old friends are the BEST friends @t.r.knight…but like we aren’t old…we’ve just known each other for a very long time yes yes that’s it….," she wrote in the caption, alongside a photo of the pair on a hike in Los Angeles.

Old friends are the BEST friends @t.r.knight… but like we aren’t old… we’ve just known each other for a very long time yes yes that’s it….

George's death (in the premiere episode of season six) is one of Grey's most gut-wrenching—and that's really saying something for this show. He was hit by a bus trying to save a woman and was unrecognizable at the hospital until he wrote "007" on Meredith's palm with his finger. Alas, the doctors of Seattle Grace couldn't save him and it was devastating. Honestly, we're still not over it all these years later.

…Just like fans probably won't get over Karev's exit anytime soon. Pompeo also posted an Instagram defending the way the Grey's Anatomy writers handled the controversial farewell. "For me personally for Karev to go back to the beginning…was the best possible storyline," she captioned a video montage of Meredith and Karev's greatest hits. "It pays homage to those incredible first years and the incredible cast…that created a foundation so strong that the show is still standing. So let’s not be sad. As our fearless leader DA always says let’s PULL UP and celebrate the actors the writers and the fantastic crew who make this show come to life every week."

If this is the end of Karev's time as Meredith's "person," at least we have the 'Gram to remind us that George and Mer's friendship never really died.