Prince Harry: Emma Corrin 'grateful' for verdict on The Crown

The actress played a young Lady Diana Spencer between the ages of 16 and 28 in season four of Netflix hit The Crown. The series, which covered the time period between 1979 and 1990, portrayed how Prince Charles (played by Josh O’Connor) initially met Diana to the struggles they faced throughout their relationship. The series also ended in heartbreak because not only did it see the end of Margaret Thatcher’s (Gillian Anderson) political career, but it also saw the start of Prince Charles and Princess Diana’s separation.

Earlier this year Prince Harry told James Corden on The Late Late Show that he and his wife have watched The Crown before.

He explained the Netflix hit isn’t “strictly accurate” although it does give viewers a “rough idea” about the lifestyle and pressures the Royal Family face.

Emma admitted she tries not to engage with how people react to her portrayal of the late Princess Diana.

The actress told TheWrap: “I feel like it’s a slippery slope and if I start worrying about who’s seen it and what they think, it becomes stressful.

The 25-year-old who won a Golden Globe earlier this year for her role as the Princess of Wales went on to add that she finds it “strange” to receive praise from people. 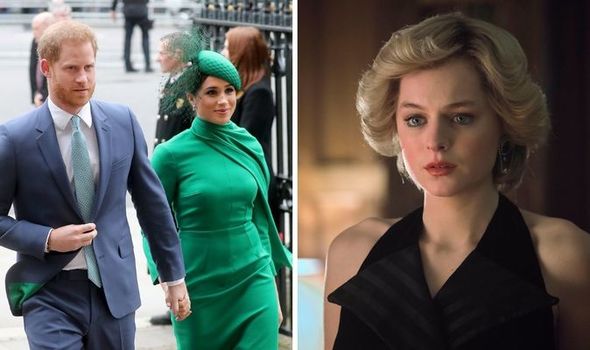 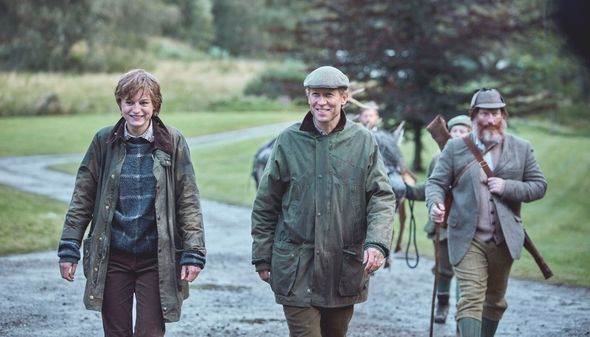 “If people really respond to something that you’ve worked really hard on, it is always the most wonderful feeling,” she continued.

One of the most iconic scenes in season four Princess Diana and Prince Charles’ very public engagement and wedding day.

The series saw how Diana moved out of her London flat to Buckingham Palace where her life was turned upside down.

This was also the moment she also got to meet Camilla Parker Bowles (Emerald Fennell) which is when she quickly realised how little she knew her future husband.

After he returned from a business trip, Prince Charles went to visit Camilla before heading home to Diana. 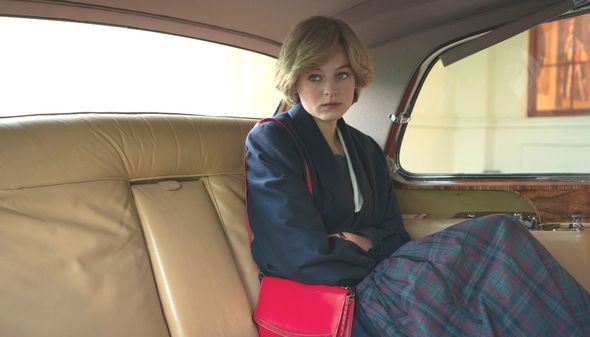 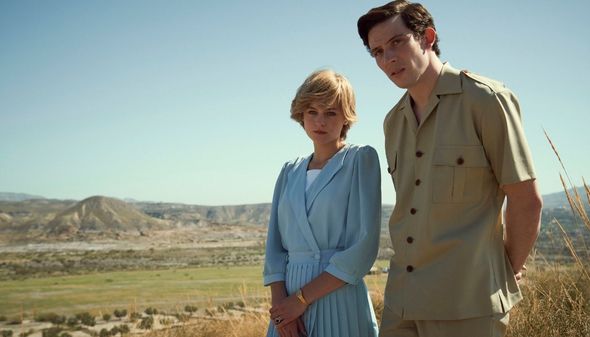 Later on in the Netflix hit, Princess Margaret (Helena Bonham Carter) got involved as she told the Queen (Olivia Colman) and Prince Philip (Tobias Menzies) about Charles’ secret relationship with Camilla.

After a stern chat, Philip explained to his son that he would grow to love Diana while the Queen told him to focus on his duty and that happiness would follow.

It was then Prince Charles ended his relationship with Camilla and the wedding went ahead as planned.

In another recent interview, Emma opened up about the wedding day where she said she believes Prince Charles and Diana should never have gone ahead with their marriage in the first place.

Speaking in an interview with GQ Magazine, the actress said when she was reading for the part with her onscreen husband Josh O’Connor, the producers were looking for no chemistry between them.

“The real mistake,” she explained. “Was that the marriage happened in the first place.”

Another prominent storyline in The Crown was Princess Diana’s battle with bulimia.

Emma went on to add that she wanted to portray that part of the Princess’ life properly and to do it justice.

Season five of The Crown, which is due to start filming this month, will pick up from where it left off in the early 1990s and is expected to cover events like Tony Blair’s election and Princess Diana’s death.

Instead, season five will see some new faces take on the iconic roles of the Royal Family.

Australian actress Elizabeth Debicki will be taking over from Emma as Princess Diana.

The Crown seasons 1-4 are available to stream on Netflix now.