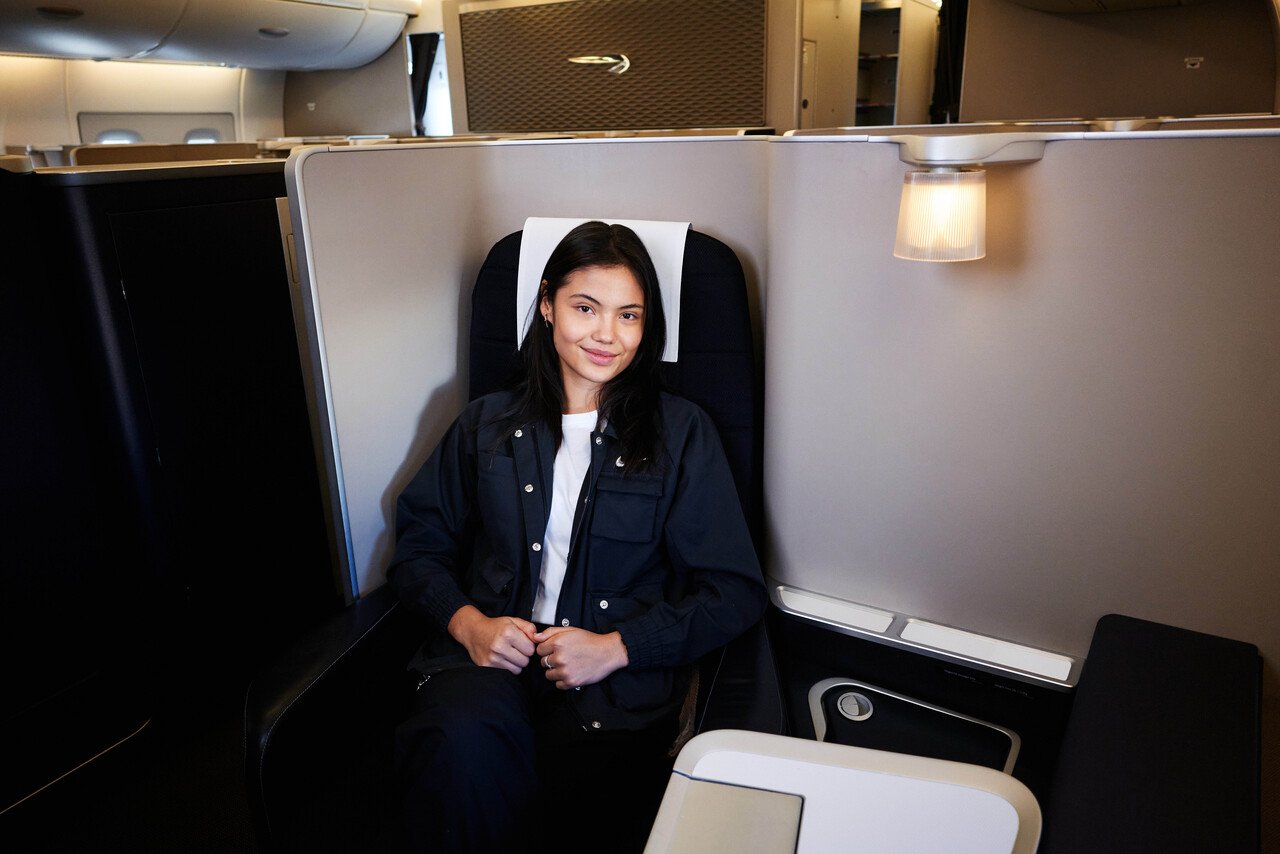 The airline will support the British player as she represents the country globally, flying her to tournaments and training around the world, including next year’s French and US Opens and the Masters’ events in California and Rome, as the 19-year-old embarks on the next stage of her international tennis career.

Emma, who was crowned BBC Sports Personality of the Year for 2021 on Sunday, triumphed at the US Open in September, making her the first British woman to win a Grand Slam title since 1977.

Emma, who is currently ranked at number 19 in the world, commented: ‘British Airways has taken such good care of my team and I ever since the US Open and I have felt their support everywhere I have flown. To be partnering with such an iconic British brand that can play a big role in my performance makes a lot of sense to me.

‘I’m fascinated by aviation, and we have some interesting projects planned together.’

The athlete’s passion for aviation is something British Airways hopes to ‘bring to life with various activations through their partnership’, aimed to reach and inspire women and younger audiences to consider a career in aviation.

British Airways’ director of brand and customer experience, Tom Stevens, added: ‘As we look ahead to the world opening up again, we’re excited to be supporting the very best of British talent, Emma Raducanu.

‘We couldn’t have been prouder as a nation than when Emma won the US Open. Sport has the power to inspire and unite people all across the globe, so we are delighted to be supporting Emma as she represents Britain and takes on the world.’

On her SPOTY award, which the teenager was forced to accept virtually from her hotel room in Abu Dhabi, where she is self-isolating with Covid-19, Emma said:  ‘Thank you, it’s such an honour just to be amongst these nominees. Congrats to you and all your achievements,’ Raducanu said after receiving the main award.

‘I’m really happy with this, I’ve watched Sports Personality of the Year growing up and it’s an honour to be amongst those past winners.

‘I’m happy for British tennis as well, and that we’ve managed to get this award… again!’

Tom Daley, who won a gold and a bronze medal at the Olympics earlier this year, came second in the SPOTY vote, while Strictly Come Dancing star Adam Peaty, who won two golds in Tokyo, took third place.