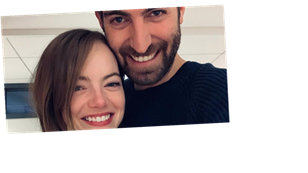 Emma Stone could be a married woman before we know it! A source tells Page Six the actress and her fiance, comic, writer and director Dave McCary, plan to say “I do” in Los Angeles in the next few weeks. There’s a good chance that’s the last we’ll hear about the wedding until after they tie the knot, though. Neither the bride nor the groom-to-be shares much in the way of romantic details on social media — with the exception of Dave’s Dec. 4 engagement announcement, which showed the two looking adorably giddy as Emma thrust her ring at the camera while cozying up to her man. Emma, 31, and Dave, 34, first sparked romance rumors in October 2017, a year after they met on the set of “SNL” when Emma was hosting and Dave was working as a segment director.