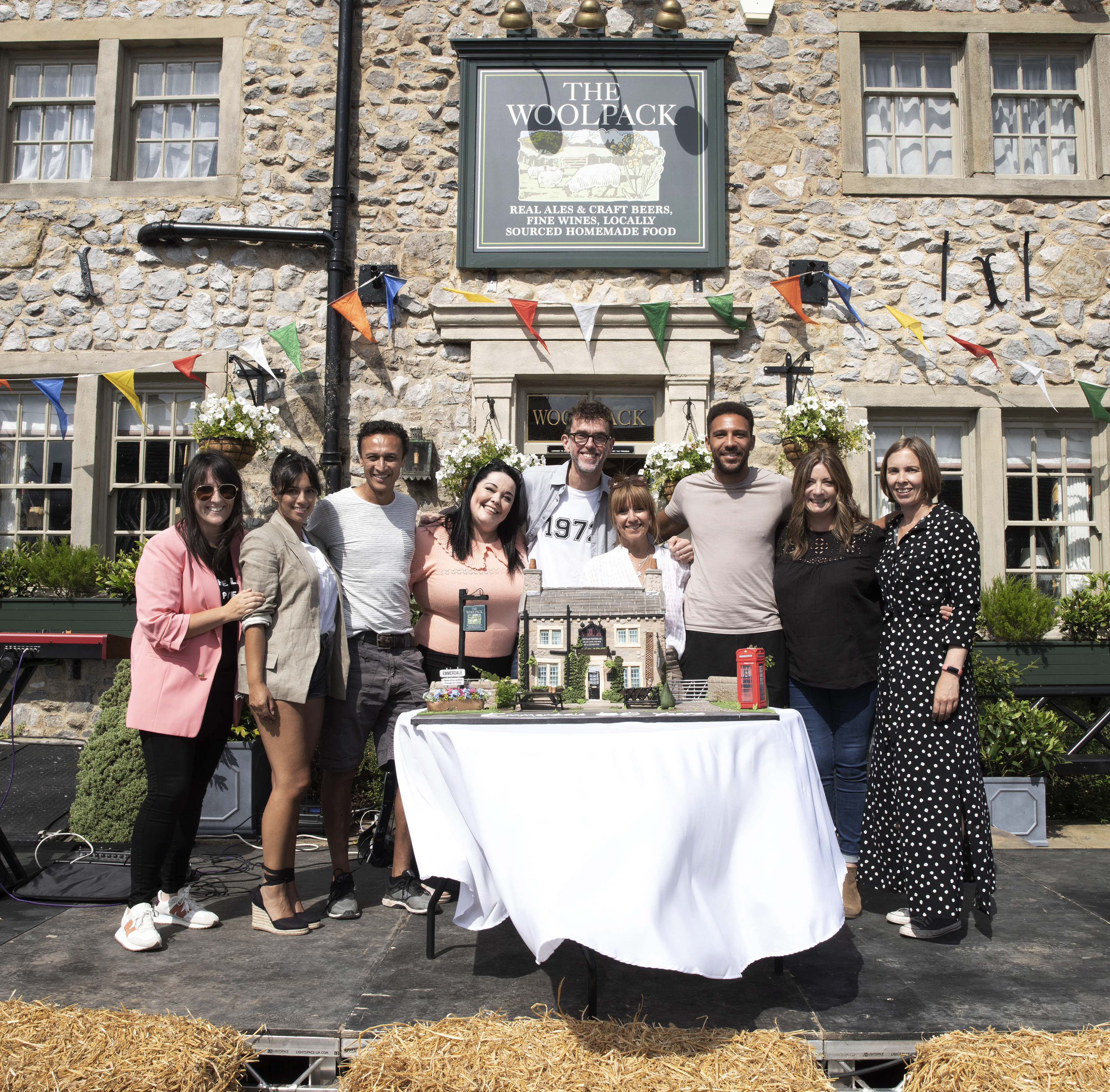 With two months to go, the pace will start to pick up ahead of a very dramatic autumn and to really things off in style, cast members and producers gathered in the village on Monday (August 1) to chat about the next few weeks, drop further hints about the anniversary, and were even presented with an incredible cake of the Woolpack!

Seriously, you just wouldn’t want to cut into that, would you?

Reflecting on what has made Emmerdale such a success, Executive Producer Jane Hudson said:

‘Emmerdale celebrating 50 years is a huge achievement and to be the executive producer at such an exciting time is an honour. For five decades, Emmerdale has kept its audience entertained with incredible storylines and memorable characters. We want to make sure our 50th birthday month is a treat for all our loyal viewers and has them gripped to the edge of their seats as the stories unfold. We are very proud to be a jewel in Yorkshire’s crown and want to make sure we celebrate our wonderful village and everyone who lives there.

‘Across the month you will see stories which will have you in tears, make you laugh out loud and of course, amaze you with some of the most epic stunts you will have ever seen.

‘The Emmerdale team is a force to be reckoned with when it comes to creating drama as its very best, and never before has this been more true.’

Mark Charnock was one of the many stars at Monday’s event, who called the scripts ‘nothing short of sensational’.

Teasing what’s ahead for his character and others, he revealed:

‘Everyone’s going to be involved in some format on the 50th so I think everyone’s getting a wee bit more busy. There’s definitely a lot of gritty stuff coming up about Charity’s pregnancy and how Mack deals with it. So, he is busying up, in a word.’

We’re certain more announcements will be made in due course so yes, it’s time to start getting very excited.