Lydia Hart (played by Karen Blick) ran as fast as she could when Charity Dingle (Emma Atkins) handed over two very large rolls of cash. But what the Home Farm cleaner didn’t realise was the money was from a dodgy deal Mackenzie Boyd (Lawrence Robb) and Nicola King (Nicola Wheeler) had got involved in earlier this week, which Charity ended up bailing them out of when it went horribly wrong. Could the Emmerdale favourite end up arrested when she heads to the bank to pay off the debts?

“Oi, money, now,” Mandy Dingle (Lisa Riley) hollered from across the village and Charity replied: “What makes you think I would be carrying all that dosh on me, anyway?”

“Because you wouldn’t leave it hanging around for somebody else to find,” Mandy remarked. “Now, hand it over – I’ve got to help Lydia pay off Paul’s debts.”

“Where’s the trust?” Charity commented. “And after yesterday; practically single-handedly saving you from the jaws of death.”

“Oh give over, it got a bit hairy for a minute but I’m sure Mackenzie has had worst beatings in his time,” the beautician argued.

“And besides, you nabbed yourself a nice bit of change for our service. I’m not begging for my own money, now hand it over. I’ll just grab it for myself.” 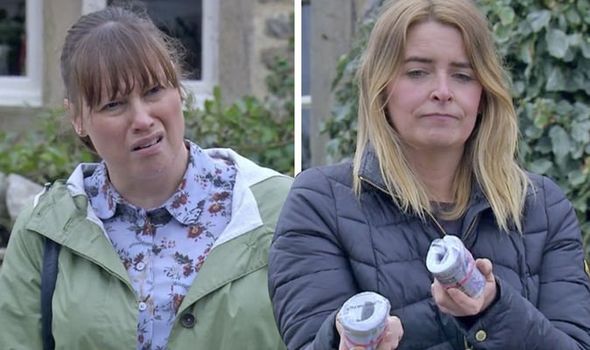 “Alright fine,” and Charity reached into her pocket and pulled out two rolls of cash: “Yours, mine.”

Mandy then noticed Lydia walking towards them and she said: “Hang on.”

“Oh how will you explain yourself for your sudden riches?” Charity replied. “Lydia is shrewd as as well.”

Mandy tried to get Charity to hide the cash but it was too late, Lydia asked: “What you doing waving all that about?”

“It’s for you actually, to pay off Paul’s debts,” Charity explained. “You caught me on a bad day. And how could I sit by and let you suffer?” 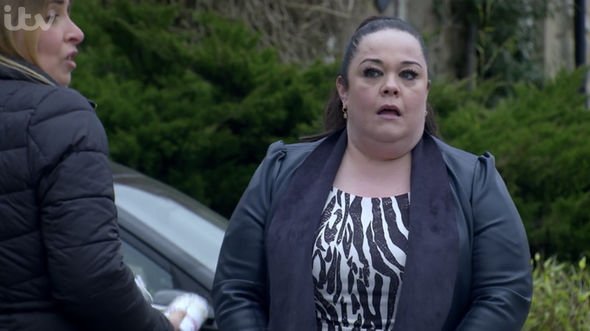 “There’s enough here to pay off everything – and the funeral costs,” Lydia remarked. “Is it all from the pub sale?” And Charity lied and said it was.

“Everything they say about you, they’re wrong this time. Thank you,” the cleaner commented.

And Charity added: “Just make those debts disappear before they get any bigger.”

Confused by her generosity, Mandy asked Charity when Lydia had left: “You gave her your cut as well, why? When you were so reluctant to give me a single penny!”

“Of my pub money yes! That’s all I had. Until yesterday’s unexpected bonus,” the former Woolpack landlady said. 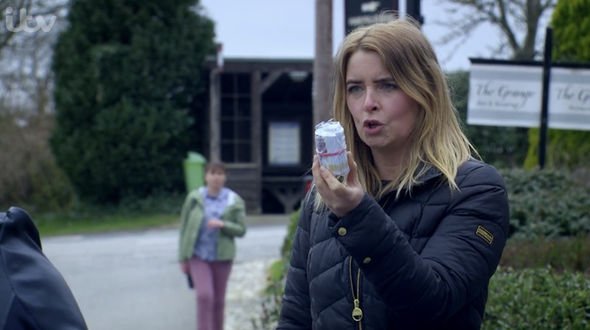 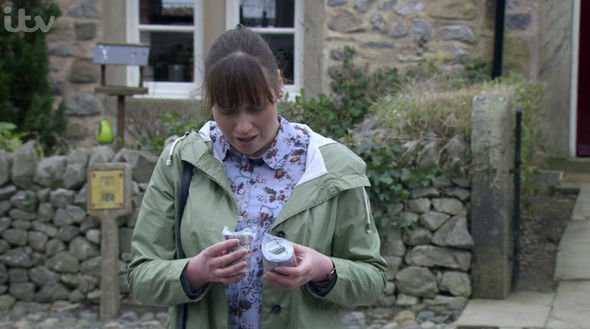 It seems Lydia just accepting the cash is too good to be true.

Earlier in the week, Lydia and Sam Dingle (James Hooton) visited the bank with which Lydia’s credit card had been taken out with.

They were told they had to prove they didn’t open the envelope, ring the company and accept the card and then make the payments.

With thousands of pounds in her hands to pay off the debts Paul Ashdale (Reece Dinsdale) accrued, won’t the bank question where Lydia got the money from?

To add to this, the dodgy dealer Mackenzie did a trial run for could’ve handed over fake notes, thus putting Lydia in a bitter pickle than she is already in.

It wouldn’t be surprising if Charity’s act of kindness ended up backfiring – there seems to be a pattern of this occurring for her.

And fans have noticed this, taking to Twitter to comment, one said: “How many times do we have to go in circles with Charity! She screws up or gets in trouble then a small glimmer of hope then back again to screwing up! It’s almost like the last 3 years of her character’s growth have been forgotten with Bails, Ryan, Ness the kids! It’s so boring.”

“Love her but not loving recent storylines. I think Emma is much better than current regurgitated storylines. Could have had a really meaty mental health/addiction s/l reflecting her troubled past and in light of relationship breakdown with Vanessa,” another wrote.

A third added: “Na, not loving this Charity at all, bring back Vanessa and get them back on track. They were a fairly decent LGBT+ couple and it made sence. Charitys decent into “Bad Charity” has made no sense.”