Emmys 2021 Predictions: Who Will Win (and Who Should) the Biggest Categories on TV's Big Night?

The 73rd Primetime Emmy Awards will be a doozy this year. Following last year’s virtual show mid-pandemic, this year will feature a more traditional lineup with a slew of presenters. There are many amazing contenders nominated in each category, but who will sweep the night with an armful of statues? We have a few Emmys 2021 predictions. 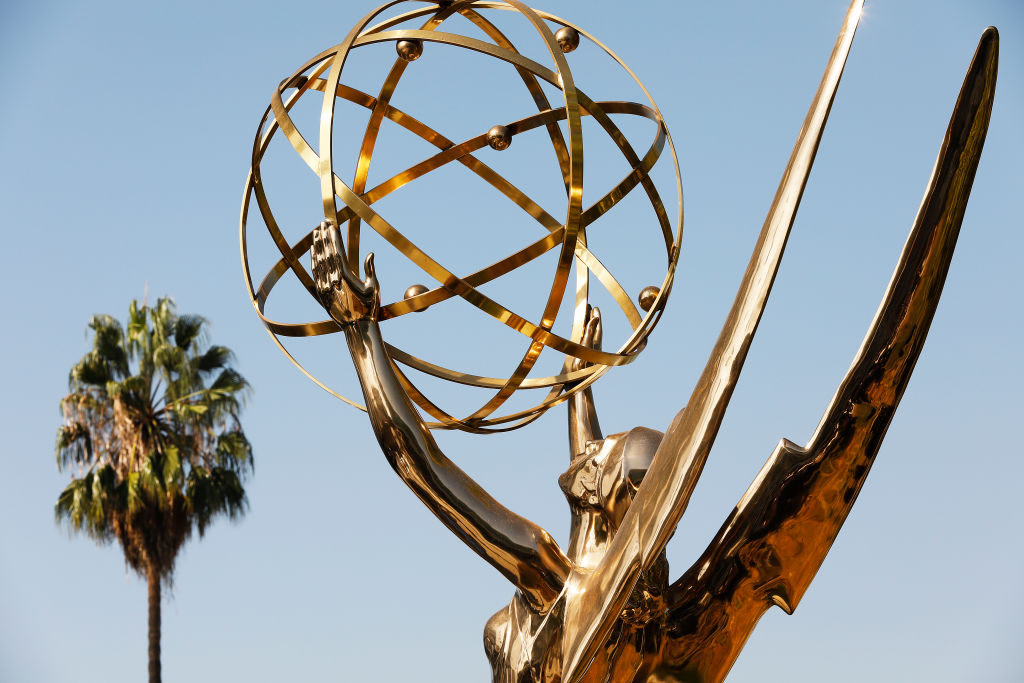 Of all the nominees, Netflix has yet to snag an Emmy win in this particular category — as does The Crown, though it’s been nominated three previous times. This, along with their ambitious Princess Diana arc — is why we think it’s their year. In contrast, having a violent series like The Boys nominated at all is a risk — and it should win — but it proves there’s room for shows like this in the category. Still, it can’t match what The Crown amassed in the most recent season.

We’ll keep this one short and sweet: Ted Lasso has the most nominations and is likely going to sweep the show, much like Schitt’s Creek did last year. Some argue the Jean Smart-led HBO Max series Hacks should win, but we’ll stick with Ted Lasso.

Once again, we think Ted Lasso will get — and deserves — this win. The others are great in their respective shows but this is Ted Lasso‘s year to shine. If Jason Sudeikis can’t obtain this one, what’s the point?

We have a lot of love for every strong female on this list. But, Jean Smart is also having a moment. Though every woman nominated is deserving, we think she’ll win this for Hacks.

It’s true we have a fondness for all things This Is Us (and Sterling K. Brown), but this year we’re confident Billy Porter will take the win for his role in Pose, just as he did in 2019 for the same category. Porter’s raw, unflinching portrayal of Pray Tell is a memorable one, specifically in the final season. Josh O’Connor is equally deserving with his role as Prince Charles in The Crown. This is his first nomination.

We’ll be honest — this one is a toss-up. While we think The Handmaid’s Tale star Elisabeth Moss should walk away with an Emmy as she did in 2017, it’s Olivia Colman’s final opportunity to win for her role as Queen Elizabeth in The Crown and with three previous nominations and no win, the Academy could lean that way for the sake of it.

No contest — this one goes to Hugh Grant for playing an “innocent” husband (until proven guilty) in HBO’s The Undoing. Paul Bettany is a force to be reckoned with in WandaVision, but we’re not sure the performance sticks when compared to that of Grant (despite them being two different types of acting). It’s almost unfair to put the head-to-head, or they’d both win.

This is another category with a tough sell. There’s not just one deserving. However, while Anya Taylor-Joy should win for The Queen’s Gambit, Kate Winslet will probably take the Emmy for her portal as “Mare,” a tough-as-nails detective, grieving the loss of her son while trying to uncover a smalltown murder. Her performance ranks with many of her others, which won awards.

Keenan Thompson should win this one, thanks to his hilarious skits on SNL, but with all the Ted Lasso, it’s a toss-up on who will win. We’re betting on Brenden Hunt.

Once again, Ted Lasso will rule this category with a win by Hannah Waddingham, despite a category filled with great talents.

The tragic passing of Lovecraft Country star Michael K. Williams hit Hollywood, and fans, hard. His work in projects like The Wire never got the attention it deserved award-wise. We think Williams not only deserves this one but those speaking on his behalf will take it home.

The Handmaid’s Tale has a long list of great contenders but Gillian Anderson’s role as Margaret Thatcher on The Crown will probably win. Anderson hasn’t taken home an Emmy since 1997 for playing Dana Scully on The X-Files.

Trying to pick any one winner from Hamilton feels blasphemous, however talented. Considering there’s still talk of that shocking Mare of Easttown scene (you know which one), we’re putting our money on Evan Peters.

As with some of the other categories, this could come down to Jean Smart, Julianne Nicholson, and Kathryn Hahn. All three should win, but we think the win will go to Smart (if she didn’t already win for Hacks) or Hahn, who has been nominated before but has yet to win.

When to watch the Emmys