The group were mired in accusations after singer Damiano David bent down at his table on Saturday night in what appeared a “snorting” movement. Yesterday David, 22, strenuously denied taking cocaine and said the band was strongly against drug abuse. Show organisers said: “We are aware of the speculation surrounding the video clip of the Italian winners of the Eurovision Song Contest in the Green Room last night. 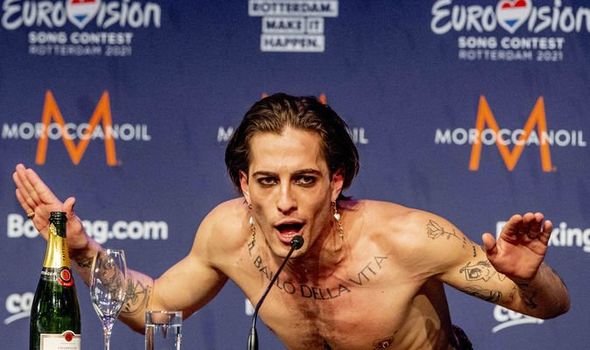 “The band have strongly refuted the allegations of drug use and the singer in question will take a voluntary drug test after arriving home.”

They added: “The band, their management and head of delegation have informed us glass was broken at their table and it was being cleared by the singer.”

The band stated: “We are really shocked about what some people are saying about Damiano.

“We really are AGAINST drugs and we never used cocaine. We are ready to get [tested], cause we have nothing to hide.”