Ever See Something That You Own on a TV Show and Freak Out a Tiny Bit? 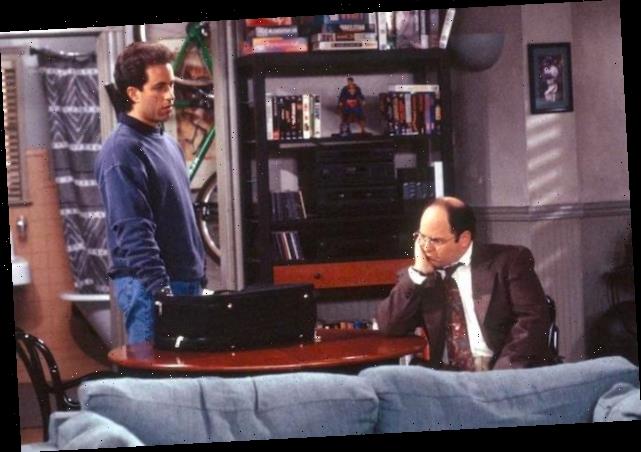 To paraphrase a celebrity magazine, “TV Characters — They’re Just Like Us!” In that they apparently shop at IKEA, Kohl’s and the like.

If you follow me on Twitter (and really, why wouldn’t you? Actually, don’t answer that), you may have seen me blurt out a measured amount of excitement upon seeing a checkered throw pillow that I own turn up on the Outmatched family’s sofa. It’s a pretty distinctive (and festive!) pattern, so it was easy to spot. Somewhat sadly for these purposes, I donated said pillows (I splurged on a matching set! At Kohl’s, I want to thriftily say?) to the church tag sale a year or so ago, so I have no “proof of ownership” for those cynical folk questioning my claim to home accessory fame here. But you’ll have to just trust me.

Truth be told — and at the risk of just bragging — this is my second brush with such fame. The first instance came a half a lifetime ago, when my IKEA bookcase (brand: Jarl, possibly with an umlaut?) turned up in Jerry Seinfeld‘s New York apartment. A sleek black frame with a cherry red drawer and chrome supports, it was a handsome beast, perfect for situating my NYC studio-sized TV set, a couple rows of DVDs (“digital video discs”) and my Sega Genesis. Oh, and maybe some actual books. If you ever visited me there on East 82nd Street (and most of you didn’t, but that’s a whole other issue), I most certainly told you this Seinfeld tale.

(Fun fact, having just moved into the city and without a proper tool set, I assembled that unit using the mini screwdriver on my Swiss Army knife keychain, and the base of a sturdy glass beer stein for a hammer. It took… a while.)

Spotting the Outmatched pillow and Seinfeld’s bookcase were terribly small thrills, but fun moments nonetheless. (And based on a recent Googling to track down the above photo, said bookcase was a hot commodity as Seinfeld the series rose to fame. Mine may still be in a friend’s garage attic, disassembled…?)

Have you ever experienced the strange little joy of seeing something you own — furniture, an item of clothing, bed sheets, a distinctive print — on the small screen?