Everything that will change after the EastEnders 35th anniversary episodes 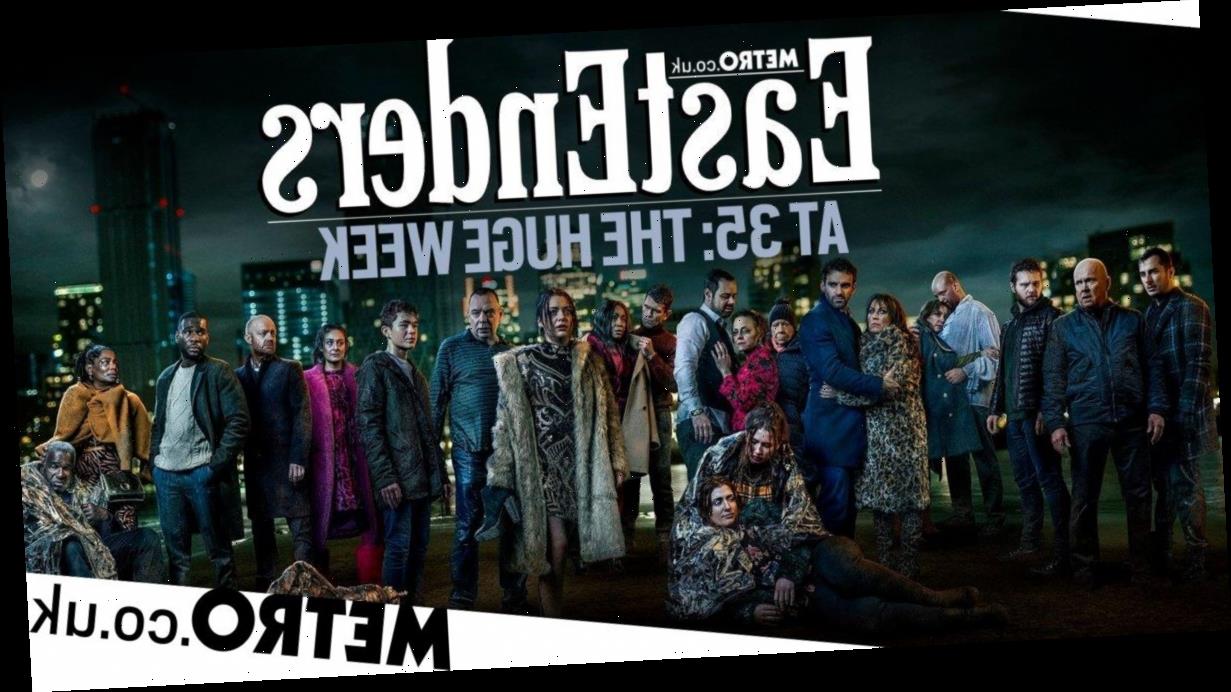 When an anniversary comes around, you can guarantee EastEnders will do something memorable, and this week’s episodes to celebrate the show’s 35th birthday certainly haven’t disappointed. In a week that saw the Walford residents attend a boat party as part of the Queen Vic winning the best pub in London competition, we’ve seen each spectacular episode told from different perspectives, each looking at key families from Albert Square and their latest storylines and how the boat crash affects them.

In the concluding episode, tonight saw the continuation of the boat calamity and the Albert Square clan work together to get everyone to safety and back to shore. Tragedy struck though as the legacy to one of the shows original characters Den Watts was killed off as Sharon’s (Letitia Dean) son Dennis (Bleu Landau) sadly died after being plunged into the Thames.

With such a dramatic ending to episodes that will go down in EastEnders history, it’s safe to say that the boat disaster has changed everything. With the phrase ‘faaaaamily means everything’ doing the rounds on social media, we’ve taken a look at each families focus from the week, and how they could possibly move on from everything that’s just happened:

Tuesday night saw Ian (Adam Woodyatt) lock Dennis in a room below decks on the boat after he discovered Dennis was responsible for the Islamophobic attack on Bobby (Clay Milner Russell) that hospitalised him. We ended the episode questioning whether Ian would leave Dennis locked in the room after the crash and the boat filling with water meant Ian couldn’t find the keys to unlock the door to free Dennis.

As the aftermath of his death begins next week, and with Sharon having just given birth to her new baby in a funeral parlour, will Ian be honest with his friend about what really happened before Dennis died? Sharon and Ian’s friendship has lasted 35 years so you’d think that nothing could come between them, but will Ian be so consumed by guilt that he will have to tell Sharon or is he about to spin a very big web of lies?

Viewers will remember Dennis leaving his mum a voicenote on his phone after he tried to call her but there wasn’t any signal. If Dennis’s phone gets recovered from the boat and works, will Sharon discover the message and learn what Ian did to her son?

After Dennis remembered he left his laptop in the Arches, he rushed over to collect it but discovered that Dotty (Milly Zero) had already seen that he was responsible for the attack on Bobby. With her already knowing this, and knowing thaat Ian was after Dennis, if Ian doesn’t confess all to Sharon – will Dotty?

Ian rushed to the hospital on Tuesday after he heard that Bobby had been attacked, but as soon as he realised that Dennis was behind it all, Ian left Bobby so he could get revenge. Right now Ian is unaware of the outcome of Bobby’s life-saving surgery and another thing he also doesn’t know about is his son Peter (Dayle Hudson) coming back – and as we only saw Peter for a small scene on Tuesday, this begs the question as to why he has returned after such a long time away from the Square. Could Peter return wanting to rebuild his relationships with his dad and younger brother? Or is he returning hiding a dark secret?

It was only right that Ian Beale, the only character in the show to have appeared continuously since the first episode, was one of the main focuses in the anniversary episodes, and as he makes his way back to Albert Square cold and soaked through – what will the relationship be like with the two of his sons now? Will he realise how important family is and stop his selfishness and begin to care for others? Or will the guilt he feels with Dennis’s death and knowing what it feels like to lose a child completely ruin him?

In a misguided attempt to enjoy herself a bit more, we saw Bex (Jasmine Armfield) take drugs on the way to the boat party after Dotty gave her contacts to a dealer. Back in Walford we saw the police arrive at Sonia’s (Natalie Cassidy) and tell her about Bex being a contact of the drug dealer. Meanwhile on the boat, Bex had a near death experience after the high from the drugs made her fall ill. With actor Jasmine Armfield’s exit as Bex not too far away, could this horrific ordeal give her a different outlook on life, possibly having an effect on her exit storyline?

Once Whitney (Shona McGarty) told Mick (Danny Dyer) that she had killed Leo (Tom Wells) after their showdown last week, she jumped on the party boat to give herself and Mick an alibi. Following Whitney’s arrest, Leo’s still able to ruin Whitney’s life as the police will think Whitney murdered him – and that it wasn’t an act of self-defence. With an hour-long episode to look forward to as Whitney learns her fate, could this nightmare soon be over? Or is it really only just beginning?

Linda’s (Kellie Bright) battle with alcohol addiction has been going on for months – whether it’s putting herself or her son Ollie in danger, she so far hasn’t realised the extent of her problems. As Linda and Mick have thankfully survived the boat crash after the two of them got trapped in the boat kitchen when Linda got her foot caught while looking for alcohol, could this be the push that Linda needs to finally realise her addiction problems?

Mick has struggled for months with controlling his anxiety and his wife’s addiction certainly hasn’t helped, but if Linda realises she has a drink problem and seeks help, could this also help Mick with his mental health? Or could knowing about Leo’s murder and getting trapped in a room filling with water make everything a whole lot worse for Mick?

We saw Linda leave a voicemail to Mick back in Monday’s episode explaining that she didn’t want a divorce, and when Mick and Linda got trapped, Mick told Linda that he will always love her. The aftermath will see every Walford resident deal with the boat crash in different ways, but what about Mick and Linda? Will order be restored and they finally get back on track?

It was all hands on deck (pardon the pun!) on Thursday as Ben (Max Bowden) and Phil (Steve McFadden) teamed up together to find Keanu (Danny Walters) and find the whereabouts of Callum (Tony Clay) after he was kidnapped. The two Mitchells had different ideas though, as Phil’s anger got the better of him and he wanted to kill Keanu, whereas Ben was desperate to keep Keanu alive so he could tell Ben where his boyfriend was being kept. With Callum still in the warehouse after falling into a pit of rubbish and being too weak to shout for Shirley (Linda Henry) when she came to look for him, how much longer will he be stuck there?

Since the affair was revealed, Sharon has hid in the shadows somewhat, but as she slowly got stronger and got Dennis back from the Mitchell’s clutches, last night’s episode saw Sharon take back control, and tell Keanu that she doesn’t want to be with him, and made him leave on his own. With Sharon now taking care of her newborn but grieving for Dennis, we know this will cause all sorts of problems for her – and with Ian dealing with his guilt, who will Sharon turn to?

Ben tried to push Callum away for his own safety a few months ago, but once he realised how much he loved Callum, he knew he had to be with him. Keanu returned from the dead and got his revenge knowing that Ben loved Callum dearly and kidnapped him, meaning we saw a completely different side to Ben. To see Ben’s anger and desperation to get Callum back home safe, and have Phil, someone who couldn’t come to terms with Ben’s sexuality fight alongside his son and support him was a terrific piece of drama to watch. If Callum makes it home safe, could we see a much softer side to Ben as he begins a new life with his boyfriend?

In a week of episodes that celebrated 35 years of EastEnders we saw the show step into new territory with different perspectives and continuity. With drama, passion and love at the forefront of each episode this week, we’ve learnt a lot about our East End characters as the boat catastrophe exposed each of them in a completely new light.

And one stand out thing that this week of episodes have also shown us all, is that family means everything.