Fergus' sick bluebird project exposed as Grace catches him out in Hollyoaks? 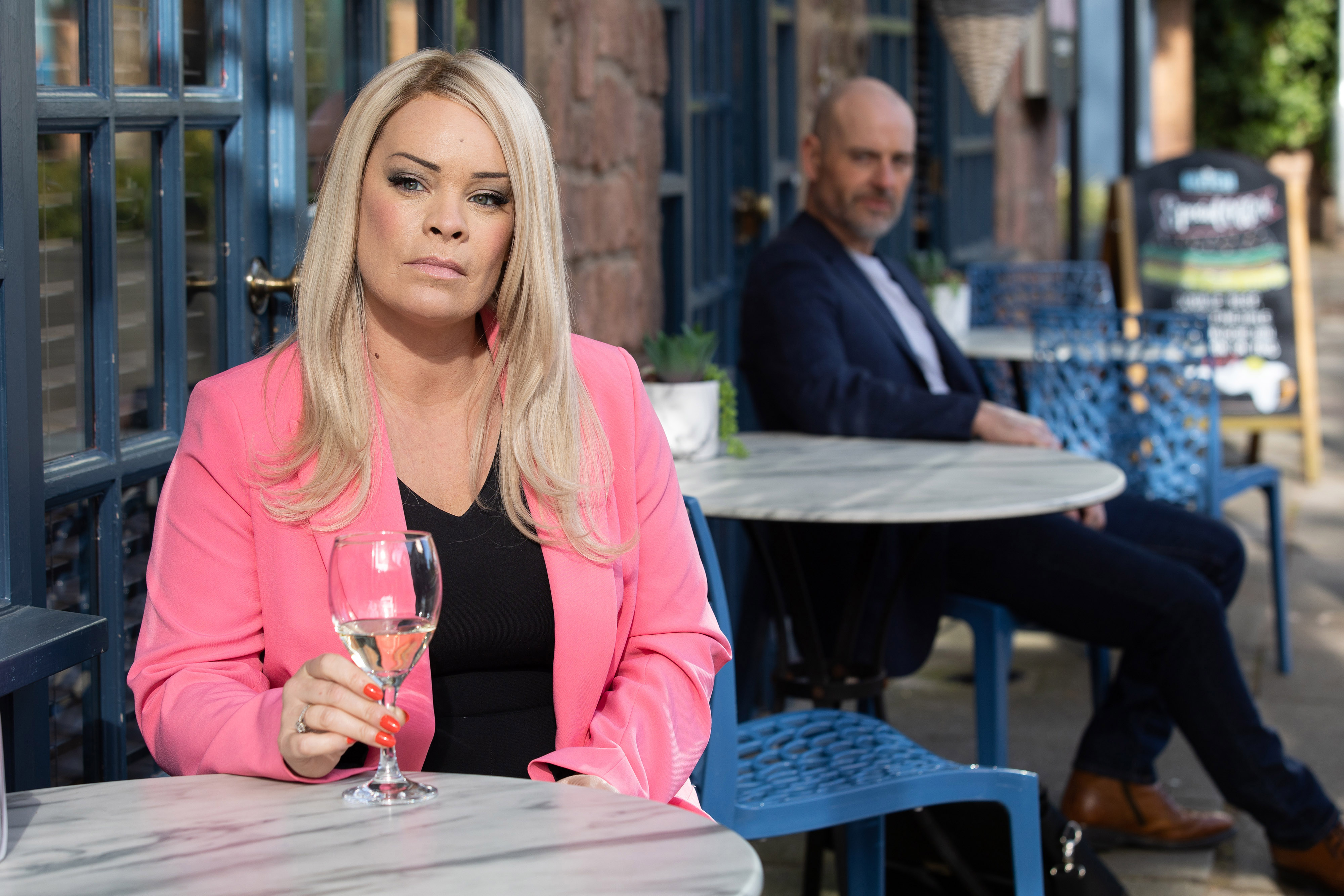 Hollyoaks’ Grace Black (Tamara Wall) is desperate to get her hands back on her coveted nightclub The Loft, after Fergus Collins (Robert Beck) cruelly stole it away from her.

The legend, believing that she would be in trouble with the law, unknowingly signed the property over to Fergus, after he promised her he would be able to sort her insurance if she filled in a form.

Fergus, however, was lying, confirming that Grace had instead signed away the majority share.

Next week, the sly gangster throws out all of her belongings from The Loft, but Grace resolves to fight back.

Changing her approach, the stalwart of the Channel 4 soap decides to play nice with her adversary, but she’s soon up to her old tricks, as as he interrupts Fergus’ meeting with a potential tenant, painting him as an awful landlord.

Fergus, livid, opts to fight fire with fire, and therefore he gives a false statement to the police, which results in Grace being arrested!

The nerve of this guy!

Afterwards, Grace has an ultimatum on her hands, as Fergus tells her he’ll change his statement if she signs over all her shares in The Loft.

She intends to accept the deal, that is until she has an idea!

Yes, Grace invites Fergus and Warren Fox (Jamie Lomas) for lunch, but dinner is not on the menu, as she is merely hoping to distract them.

Her diversion proves a success, as she’s able to dig for some dirt on Fergus, and ultimately gets her hands on his laptop!

She struggles to guess the password, but she’s not giving up.

Will Grace uncover the truth about Project Bluebird? Fergus keeps the details to the sick operation on his laptop, so if Grace manages to crack the password, then she could have the hard-man exactly where she wants him!