The Labor Party is conducting the most fractious preselection process in many years. I am one of about a half dozen state Labor MPs facing de-selection when the national executive meets on Monday. Many politicians in these circumstances plead their case as a hero in a historical drama few beyond themselves are interested in. 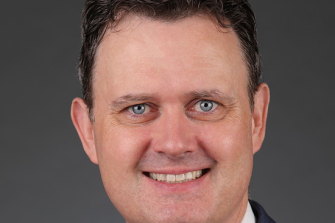 For me, what is much more important is to look at how to contribute to the future by highlighting insights gained and reflecting on where I could have achieved more. Our community is a rich, successful, multicultural society. Despite the terrible pressure the pandemic has placed on most aspects of life, Victoria has low levels of overall unemployment. A progressive Labor government has built infrastructure at an unprecedented scale and brought long overdue attention to family violence and mental health.

Yet often in overlooked corners of our community, in subcultures that escape the public debate, profound disadvantage lurks. Disengagement from mainstream society means some of these groups are denied the economic and social opportunities others take for granted.

This becomes a reinforcing cycle, where without the bridges between the disadvantaged community and the mainstream community cycles of poverty replicate across generations. Our public debate lacks the frameworks to understand why these issues arise. 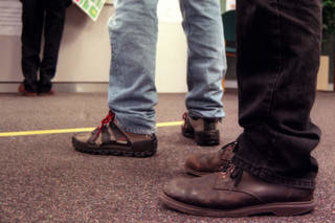 The pandemic has hit Victorians hard but overall unemployment levels are low.Credit:Virginia Star

Class has been significantly displaced by identity politics as a way of understanding disadvantage. Victoria has an excellent Minister for Equality, yet he has no direct role in addressing economic disadvantage.

The most obvious example is the South Sudanese community, where profound disadvantage exists. The most recent Census data show that unemployment in this group was 31.8 per cent at a time when unemployment in Victoria was 6.6 per cent. When I was the minister for multicultural affairs, I calculated that in some age groups 10 per cent of South Sudanese men were in the criminal and youth justice systems. 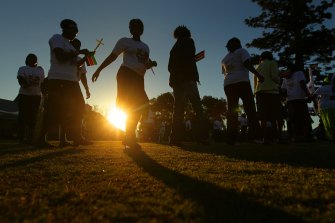 Many South Sudanese Victorians have experienced significant disadvantage but this is often overlooked.Credit:Kate Geraghty

It is not the community’s fault, and many South Sudanese are making strong contributions to Victorian society. They have faced war, societal collapse, low levels of educational attainment and should not be stigmatised. They are not alone; there are a number of other deeply disadvantaged communities.

COVID has drawn into sharp relief the existence of an “underclass” in Australia who work in insecure employment in hospitality, cleaning and processing jobs in abattoirs and elsewhere.These groups are economically vulnerable and disengaged from the concerns of the political and cultural elite. They have not been able to shift to working online, and their intergenerational households have been vulnerable to COVID.

During my 15 years in Parliament, I identified these issues, advanced considered solutions, and lobbied colleagues. But my actions did not match the disadvantage I observed. Poorer communities don’t just have less work, they die years earlier, and live with more chronic poor health.

Many Labor colleagues are working hard to address inequality in housing, employment and across many other portfolios. But their efforts are fettered by the lack of a clear identification of the causes of disadvantage and the lack of clear targets to reduce the problem.

COVID has shown us that systemic expertise, based on the best science and social science, should guide government interventions. This knowledge should be partnered with community-led grassroots programs. Expertise, community and government in partnership can enact profound change. Success and failures need to be measured with refinements to programs based on this evidence.

Employment should form the centre of the strategy. But most importantly the end goal should be clear – a more equal society, without pockets of deep disadvantage, where all Victorians have a fair chance to participate. Victoria needs a Minister for Economic Equality with the clear focus that has been brought to family violence and mental health.

The community-led vaccination campaigns in migrant communities give me hope. When communities are linked to expertise and the government throws its weight behind these efforts, greater things can be achieved.

It is time to address systemic disadvantage, bravely and honestly. We should all rise to the challenge.

Robin Scott has represented the state seat of Preston since 2006.