Allison joined Holly Willoughby and Phillip Schofield as she made a desperate plea to This Morning viewers to help find her nine-month-old Cocker Spaniel Nancy. She was joined by Debbie Matthews, who founded the Stolen and Missing Pets Alliance 15 years ago after her own dognapping experience.

Allison told the hosts: “I went out to go to the dentist, I left the dogs in the garden with the door so they could go in and out. When I got back she was gone.”

“Could she have escaped?” Phillip asked but Allison was adamant: “No, no way.

“Every other dog would have been out if there was an escape route. The garden is very secure. She was just gone, she’d disappeared.”

“So, she’s chipped, she’s got a microchip and you went to the police, what did they say?” Holly asked. 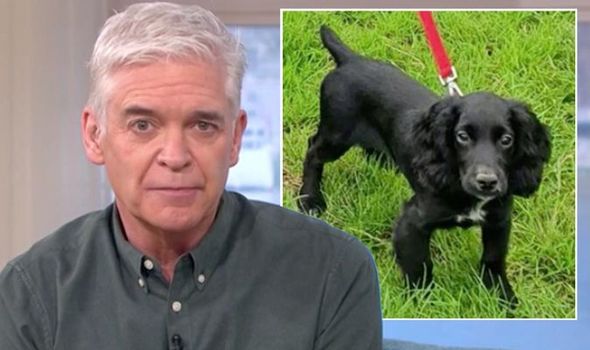 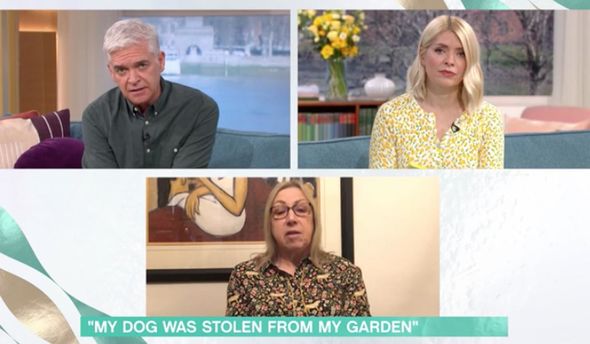 Allison explained: “They said it was a crime and gave me a crime number and they’re looking into it.

“This sort of thing is going on a lot.”

Asked how it has affected her, Allison told Phillip: “It just consumes you. Looking for her, following up with police I’ve had prank phone calls asking for money from people saying they have her, social media, my screen time it said was up 90 percent on the previous week. I’m just looking and looking.”

Holly went on to ask: “So these suspicious calls, they’re from someone ringing up saying they have your dog and they’ll leave her somewhere secure if you transfer funds into their account?

“And you don’t believe this is actually the person who has taken them, you believe it’s a scam?” 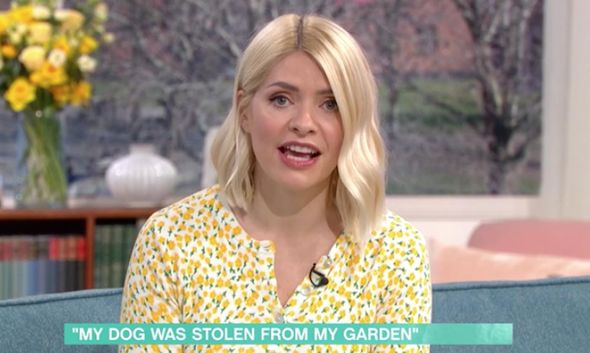 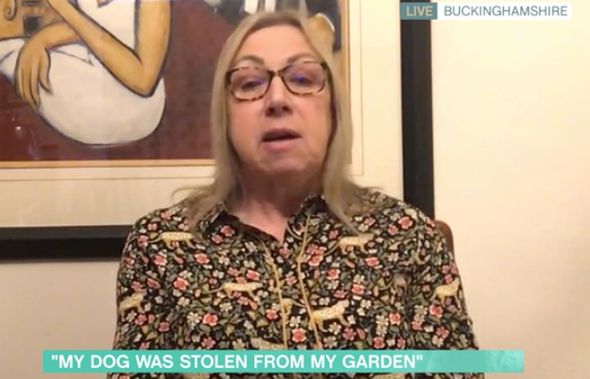 “Yes,” Allison answered. “The people from Dog Lost said this is a regular occurrence, they are trying to get money out of desperate people because they know people will do anything to get their pets back.”

Phillip went on to reveal Allison had been contacted by a member of the public who alerted her she’d seen a dog looking like Nancy was being advertised for sale.

The This Morning host went on to explain Thames Valley Police were still searching for Nancy.

“We’ve got a statement from Thames Valley Police who say police are still investigating this incident where a dog was stolen in a burglary that was reported to police on 8 February,” Phillip read out.

“We do have some lines of enquiry but would urge anybody who believes they know the whereabouts of Nancy or believes they may have been offered her to please make contact with Thames Valley Police.”

He added: “All we can hope is that someone comes forward. I know it devastates an entire family when something like this happened.”

Many of those tuning in were quick to take to Twitter and share their view on the matter.

“Tougher sentences for dog nappers. Hope the dog is reunited with the owner soon and that she learns not to leave her dog in the garden with door open then goes out. Irresponsible #ThisMorning,” one viewer posted.

Another added: “It’s time for @BorisJohnson or a backbencher like @DavidDavisMP to put pressure on to change the law from theft of property and to increase sentencing when someone steals your dog. @labourwhips #ThisMorning.”

A third continued: “It’s incredible that there are people out there who will prey on those whose dogs have been stolen. What is wrong with them ffs!! #ThisMorning.”

This Morning airs weekdays on ITV at 10am.