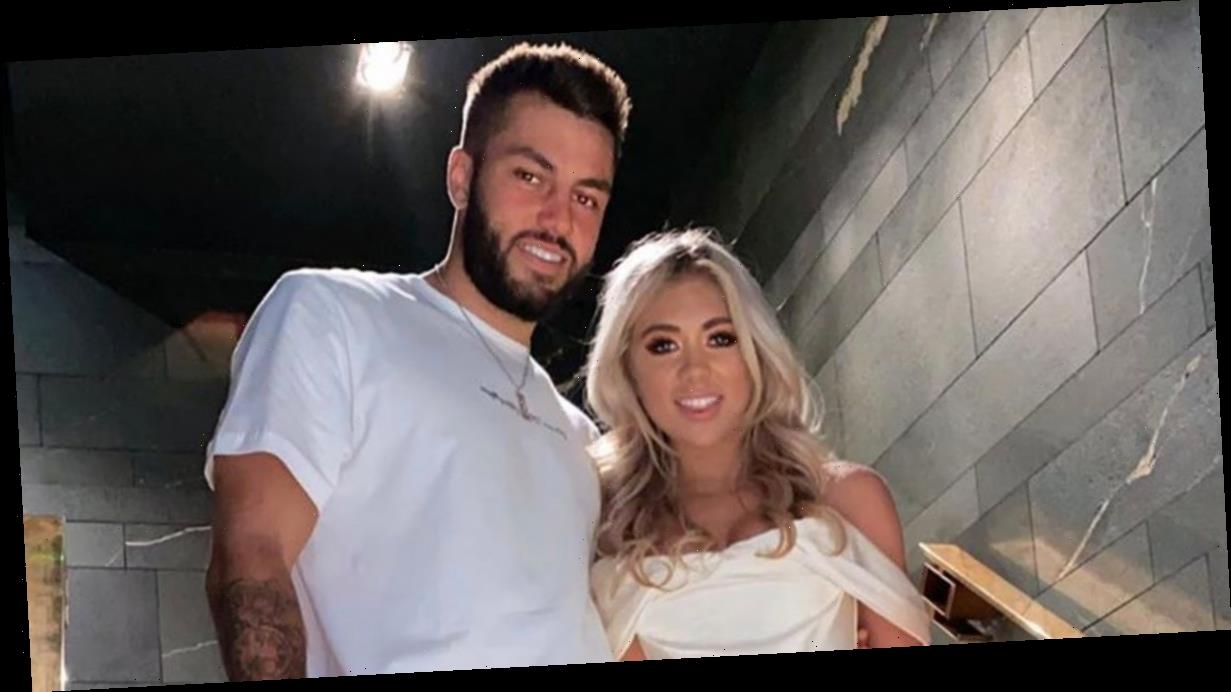 Paige Turley has revealed boyfriend Finn Tapp is trying to convince her to move to Milton Keynes.

The 22 year old and Finn, 20, are currently discussing where they should live after winning Love Island.

Singer Paige hails from Scotland, while Finn is reluctant to leave his home town of Milton Keynes — 400 miles away from his girlfriend's stomping ground.

She explained: "We're living in hotels at the moment, just going from place to place.

"We've always talked about moving to Manchester, but Finn's trying to persuade me to move to Milton Keynes. He loves it there," she continued to tell The Sun Online.

"I'm finding it funny being in England and having to explain all these Scottish sayings to everyone all the time.

"I didn't even realise they were Scottish. Finn didn't know what a skelf [an informal slang word to describe an annoying person] was!"

Paige made the comments as she made her red carpet debut in a solo appearance at the Global Awards in London on Thursday night.

Her black outfit was covered in silver beading, adding sparkle to her chic attire.

A bronzed Paige completed her ensemble with a simple pair of strapped black heels as she wore her blonde locks in a classic up do.

The reality star rubbed shoulders with other celebs at the star-studded bash as Mark Wright and Michelle Keegan made a rare joint appearance.

Another Love Island winner, Amber Davies, was also in attendance, as was the show's new host Laura Whitmore.

Earlier this week, Paige revealed she had been in touch with her superstar ex-boyfriend Lewis Capaldi after leaving the villa.

Paige and Lewis, 23, dated for a year when they attended college together, and have remained friends since their split.

When asked if she has heard from Paige since returning home, she told BBC Today: "I actually text him to say congratulations on the BRITs.

"He text me back to congratulate me on Love Island so it's good, but I haven't really had a chance to catch up with anybody.

"We're still good friends. I think because I knew Lewis before, I don't know him as the superstar.

"He's always just been Lewis to me. It's normal," she continued as she spoke about her relationship with the chart topper.