Victoria’s Conservation Regulator is seeking the public’s help to identify five men after a little penguin was allegedly captured at St Kilda, thrown against a wall, and kicked before it died.

Crime Stoppers said in a statement that the five men, believed to be in their early 20s, were captured on CCTV taking the little penguin from the St Kilda Pier and breakwater shortly after 2.15am on Wednesday, October 27. 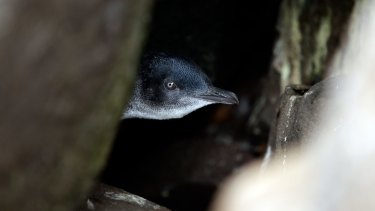 There have been several violent attacks on little penguins at the St Kilda Pier over the years. Credit:Angela Wylie

The men were later seen with the penguin on Jacka Boulevard in front of the Royal Melbourne Yacht Squadron at 2.25am.

Crime Stoppers said the penguin was thrown against a wall, and was later observed being kicked while walking along Jacka Boulevard.

They said the man who was believed to have captured the penguin had a light complexion and was wearing a white t-shirt, grey pants, black shoes, and had short dreadlocks in a ponytail. The man was later seen shirtless after he left the pier. 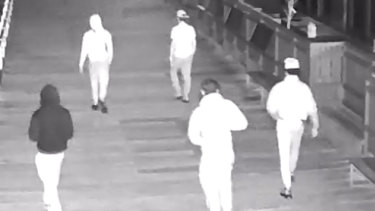 The five men the Conservation Regulator is looking for over the penguin’s death. Credit:Crime Stoppers

The man seen kicking the penguin had a dark complexion and was believed to be wearing a black Dolce & Gabbana hoodie, along with black pants with a single white stripe, black shoes, and a black cap.

There have been several violent attacks on little penguins at St Kilda Pier over the years. 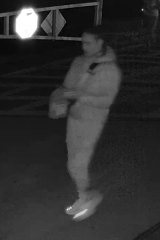 One of the men the regulator is looking to speak to. Credit:Crime Stoppers

In 2016, two from the famous colony were brutalised and left for dead in separate incidents within a fortnight. One was found with a bloody face and chest inside the fence meant to protect the colony, while another little penguin was found dead after tourists saw a young man kick it repeatedly.

Anyone who can identify the five men or who has information about the latest incident at St Kilda Pier is urged to contact Crime Stoppers via their website, or by phoning 1800 333 000.

Stay across the most crucial developments related to the pandemic with the Coronavirus Update. Sign up for the weekly newsletter.