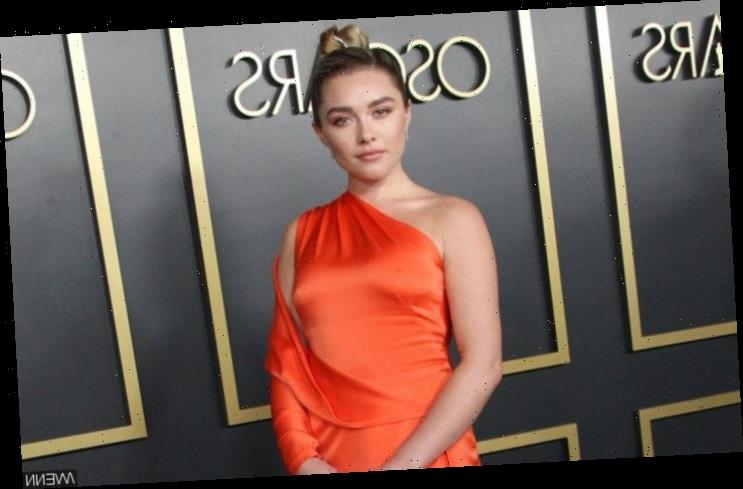 Finding it ‘bizarre’ that people such strong opinions about the age-gap in her relationship, the ‘Little Women’ actress points out that they ‘have no right to educate me on my private life.’

AceShowbiz –Florence Pugh finds it “bizarre” that people have such strong opinions about her relationship with Zach Braff.

The 24-year-old actress has been dating “Scrubs” star Zach, 45, since April 2019. The pair’s relationship raised eyebrows from the beginning, due to their 21-year age difference, but the “Little Women (2019)” star slammed critics in an impassioned rant during a new interview with Elle U.K. magazine, insisting that her personal life is her business and no-one else’s.

“I have the right to hang out and be with and go out with anyone I want to,” she said. “I’ve always found this part of what people do really bizarre. I’m an actor because I like acting and I don’t mind people watching my stuff, but people have no right to educate me on my private life.”

“I know that part of being in the spotlight is that people might invade your privacy and have opinions on it, but it’s bizarre that normal folk are allowed to display such hate and opinions on a part of my life that I’m not putting out there. It’s a strange side of fame that you’re allowed to be torn apart by thousands of people even though you didn’t put that piece of you out there. My point to all this is that isn’t it odd that a stranger can totally tear apart someone’s relationship and it’s allowed?”

While Florence is most well known for starring in Greta Gerwig‘s “Little Women” – a role which earned her an Oscar nomination – she can soon be seen appearing alongside Scarlett Johansson in Marvel’s “Black Widow” spin-off. Admitting joining the Marvel Cinematic Universe (MCU) was “big and daunting”, Florence recalled how she felt when the film’s cast was unveiled at San Diego’s Comic-Con.

“I was scared because my Russian accent was going to be out there and I didn’t know what it sounded like. I’m also playing a character who no one’ seen before but they’ve read about her; I didn’t know whether people were going to hate me. We (Scarlett Johansson) both stood there and I instantly had clammy, sweaty hands.”

“Scarlett gave me her hand and we squeezed each other, and she also had clammy hands! And then I was like, ‘Oh, this never gets old. This is just as powerful (for you) and you’re their legend’.”

The June issue of Elle U.K. is on sale from Thursday, May 07.