RIISNG coronavirus deaths will force the government into implementing further lockdowns, an expert has warned.

A further 994 people were confirmed to have died from Covid in the last week, data from the Office for National Statistics (ONS) shows. 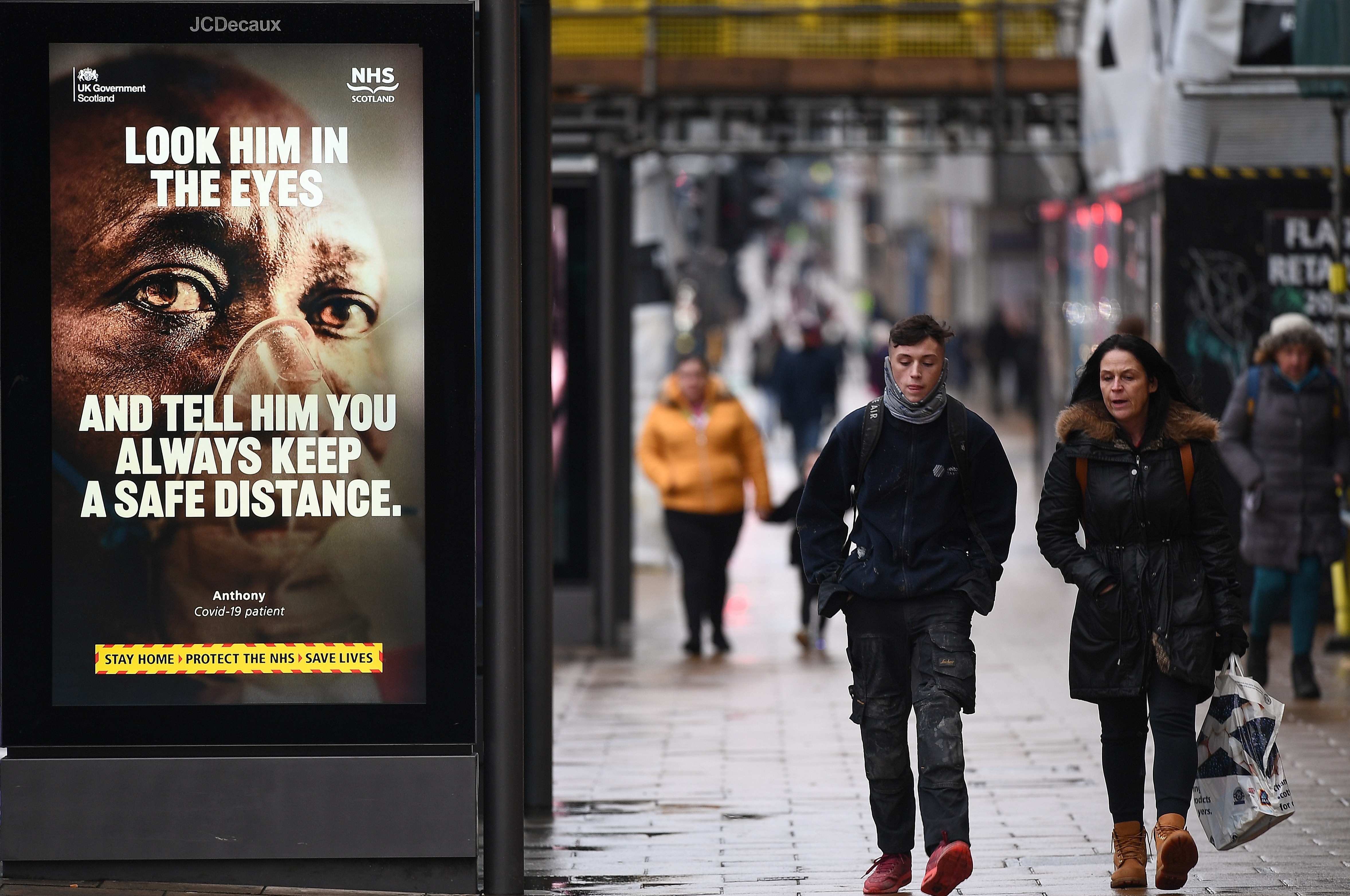 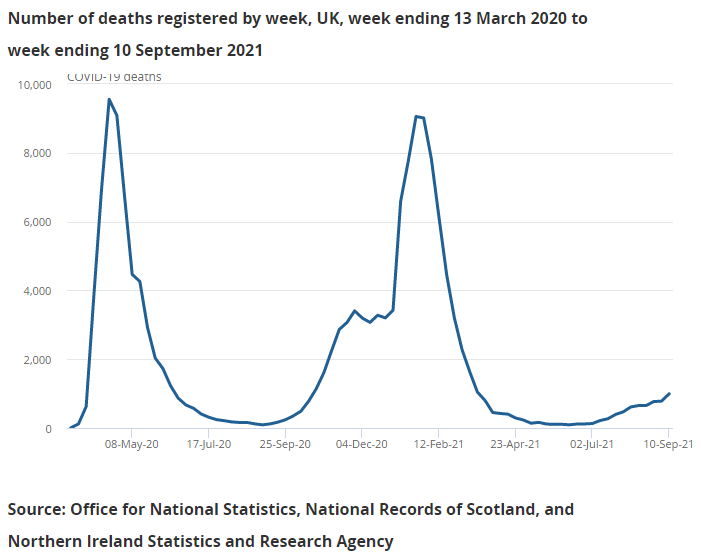 The data goes up to the seven days ending September 10 and this is an increase from 781 deaths in the previous week.

Covid deaths currently account for around eight per cent of all deaths in the UK.

While the ONS says deaths are consistently lower for people who have been double vaccinated – overall the death toll in the UK is still on the up.

One expert has warned that if this number continues to increase then the government could be forced to introduce a 'non-existent' Plan C.

Dr Quinton Fivelman, Chief Scientific Officer at London Medical Laboratory said there has been no significant dip in the number of new hospital admissions and that the government needed to introduce measures now in order to avoid a repeat of Winter 2020.

He said the uptick in deaths and hospital admissions "increases the likelihood that the Government will have to resort to its supposedly ‘non-existent’ Plan C this winter."

"Deaths from the virus are now at their highest level since March. Even with the Government’s new Plan A in place and 'last resort' Plan B waiting in the wings, this may well not be enough.

"Without introducing comprehensive antibody testing, in conjunction with new monoclonal treatments such as Ronapreve, the Government may swiftly have to produce its Plan C, strenuously though it denies the existence of one.

"I would suggest that Plan C actually does exist in a locked Whitehall cupboard somewhere, perhaps behind a sign saying: “In case of escalating emergency break glass”."

He explained that Plan C could involve a 'firebreak' lockdown which could be extended through to the October half term, alongside mandatory mask wearing in public places, a return to social distancing and a limit on gatherings in homes and indoor public places.

The UK is currently living with little Covid restrictions, with the use of masks only being mandatory in some settings.

Plan B would involve masks being reintroduced, home working coming back and vaccine passports brought in.

Britain is currently in a good position in the fight against the virus – with deaths relatively low and the vaccines working, despite cases remaining high.

Testing for the virus is now also widely available – meaning that people can find out faster if they have the virus so in turn they can isolate and avoid spreading it to others.

Last week Professor Tim Spector from King's College London, said that the government should go straight to Plan B in order to stop the NHS from crumbling.

Dr Quinton said that the best way to prevent further lockdown chaos and avoiding finding out whether or not Plan C really exists is to increase antibody testing.

A new national antibody testing service has been rolled out – but this goes out to around 8,000 people a day.

Million of vaccines have now been rolled out across the UK and booster jabsare now being delivered to the most vulnerable who had their first jabs at the end of last year.

Dr Quinton said that one in 100 fully vaccinated people fail to develop any antibodies at all after vaccination.

He explained: "That means that, even if every UK adult is vaccinated, half a million adults will have no protection whatsoever, and not even realise. Identifying those people is crucial.

"Of equal concern is the fact that our most recent tests are finding a growing number of people who have been jabbed now have lower values (50 to 500AU/ml) of antibodies.

"If someone takes a test and their score is low, their antibody levels may have significantly declined over time, and they may be more susceptible to the virus as time passes."

He added that the government needs to up the number of antibody tests being given out.

"That’s because antibody testing can avert the imposition of a return to lockdowns, when used in conjunction with new immune-boosting drugs designed to protect patients who fail to respond to the Covid vaccine or rapidly lose immunity", he added. 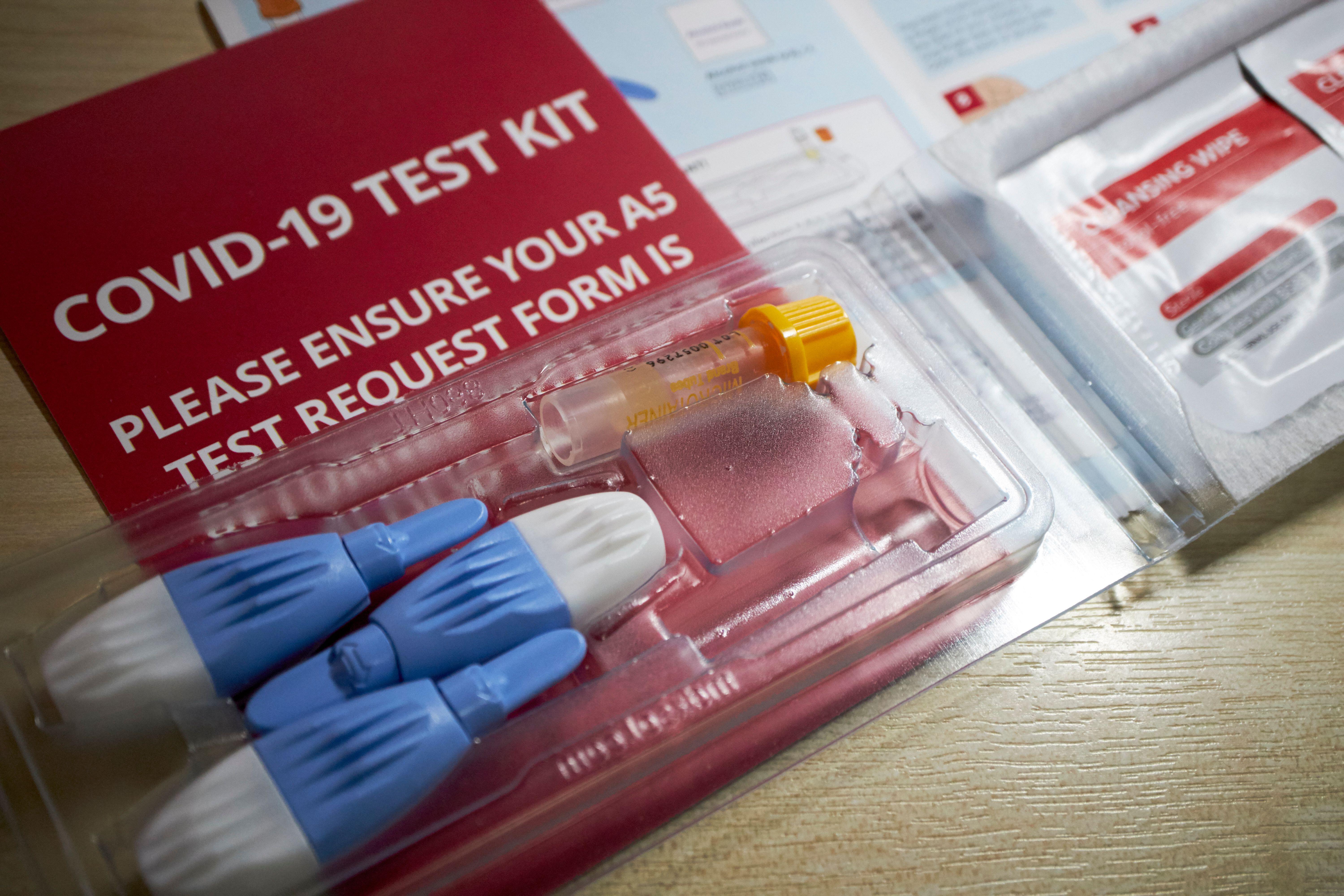