From Playing With Latinx Flavors to Taking Chances, This Puerto Rican Food Writer Shares Her Passions

First-generation Puerto Rican cook and writer Illyanna Maisonet always knew she wanted to be a food writer. It all started when she would sit with her grandmother in the kitchen while she cooked. “I started documenting her and our family’s recipes. It just seemed like a natural progression,” she said. After her grandmother’s passing, she couldn’t turn her back on that path — it was then that she knew she wanted to make a career out of telling these stories. “I had to see it through,” Illyanna said. “I almost took over her role in the kitchen.”

She decided to go to culinary school to learn everything about the industry. She knew she wanted to focus on her grandmother’s Puerto Rican recipes and traditional techniques, but she wasn’t sure exactly how to make it happen or what direction to take — until her first trip to Puerto Rico.

During her visit to the island, Illyanna made it her mission to track down family members to learn more about the family’s traditional recipes. Instead, she met Lula, an 82-year-old woman who runs a legendary restaurant in the town of Loiza called El Buren de Lula. The restaurant specializes in precolonial food and is one of the last places where they still use the buren, a metal griddle that re-creates the original cooking surface Tainos used in precolonial times. This, like many of Illyanna’s grandma’s recipes and techniques, is one of the traditional cooking methods that could disappear after women of that generation pass away. After this trip, Illyanna knew that protecting and passing on her culinary heritage was her calling. 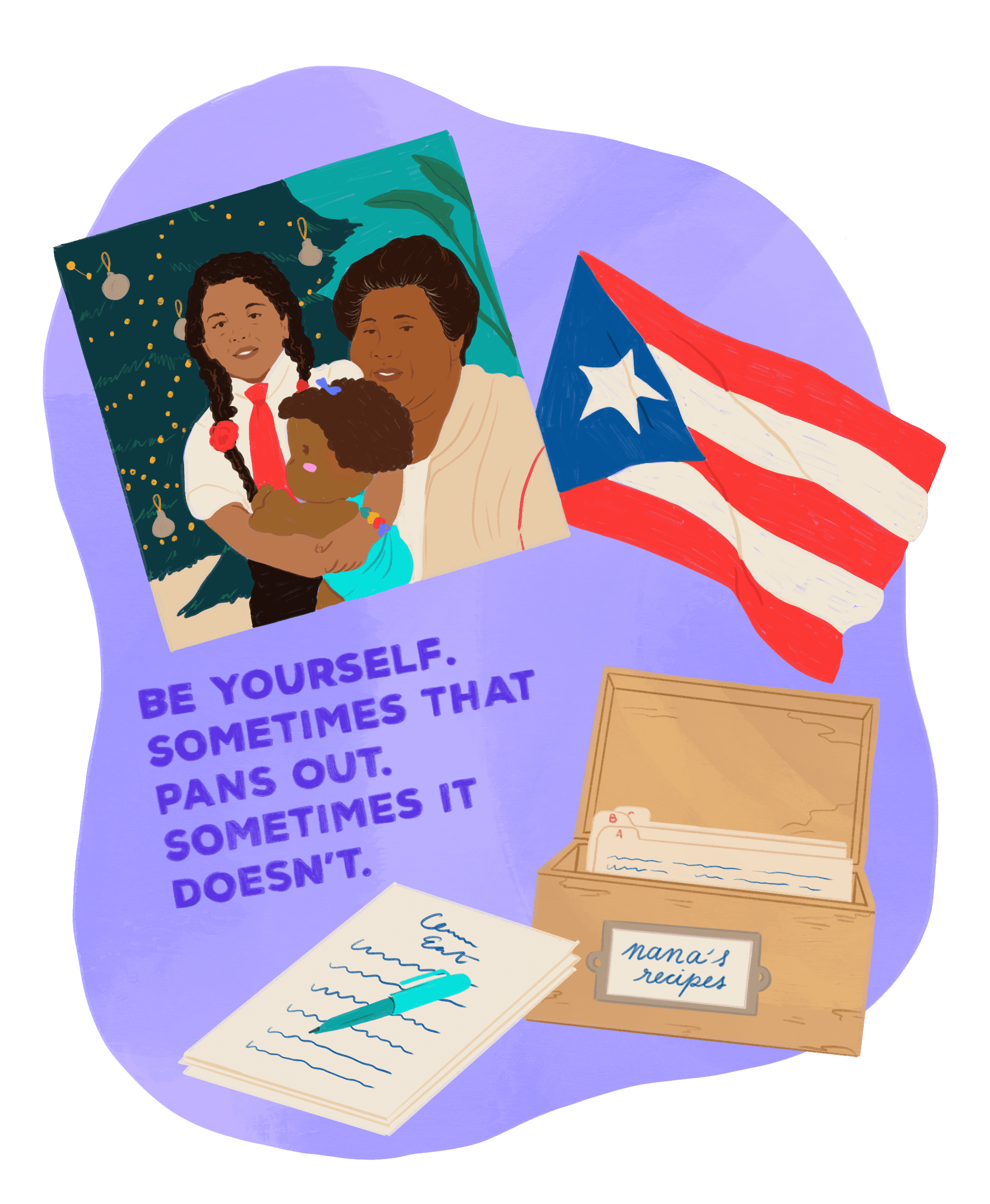 She decided to write and self-publish her first booklet, Rancho Gordo X Illyanna Maisonet, filled with delicious Puerto Rican recipes like guava-baked Marcella beans and chicken and chickpea stew. And much to her “doctor’s chagrin,” as she puts it, Illyanna developed a passion for her grandma and mom’s desserts. “My grandma would make this pineapple upside-down cake with 7Up and instant pudding mix. And my mom would take those Hostess hand pies, warm them up in a pan and top them with a scoop of ice cream,” she remembered. “I get an insatiable craving for both of these [recipes] every once in a while.”

And if there’s one dessert-drink that will always have a special place in Puerto Ricans’ hearts, it is, of course, Coquito. “[It’s] a traditional drink combined with different milks — evaporated, coconut, and fresh,” Illyanna explained. “It’s only consumed around Christmas. Although in Puerto Rico, Christmas is celebrated from the day after Thanksgiving into January.” 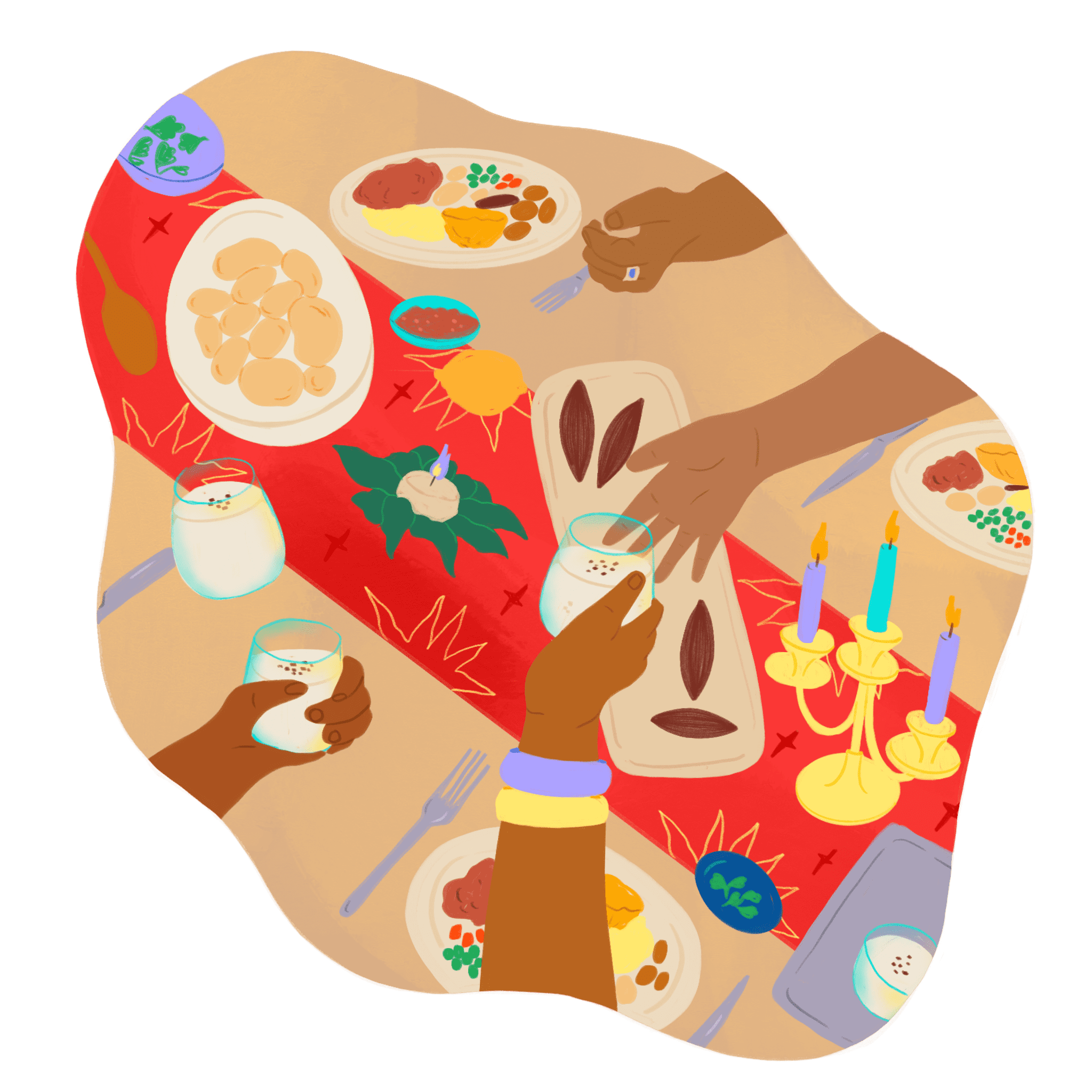 Growing up surrounded by these traditions and being raised by her abuela in Sacramento, CA, were the biggest influences for Illyanna in and out of the kitchen. She learned to understand the different flavors in Latinx food, and not be afraid to hear the word “no” or take a chance. “I always ask myself, what’s the worst that can happen? And if I can’t die or get physically harmed in the making, what do I have to lose?” she said. “That comes from being brought up in a culture that’s been resilient enough to withstand hurricanes and colonization.”

From teaching how to make sofrito and pasteles from scratch to sharing Puerto Rican traditional cooking secrets through her writing and YouTube channel — and upcoming cookbook, Diasporican — Illyanna is committed to keeping the legacy of her family’s recipes alive. She never doubts what she loves and cares deeply about preserving the flavors of her heritage. And it’s from the women in her family that she learned the rule she follows not just in the kitchen, but also in life: “Be yourself. Sometimes that pans out. Sometimes it doesn’t.”

Keep reading for one of Illyanna’s original recipes that captures the spirit of her cooking.

“Sometimes you don’t have time to make a pie dough from scratch. And sometimes the premade dough in the stores can come up short. I use empanada discs for my hand pies in this recipe. These discs can be found in the frozen section of any Mexican or Latin-American market and also online. They bubble and squeak and fry up golden brown and crispy without effort. And instead of making a pastry cream from scratch (because, why?) I use a no-bake cheesecake filling — my mother’s holiday specialty — with thin slices of guava paste. And I use the no-bake cheesecake crust mix to roll the hand pies in after you pull them from the fryer.”