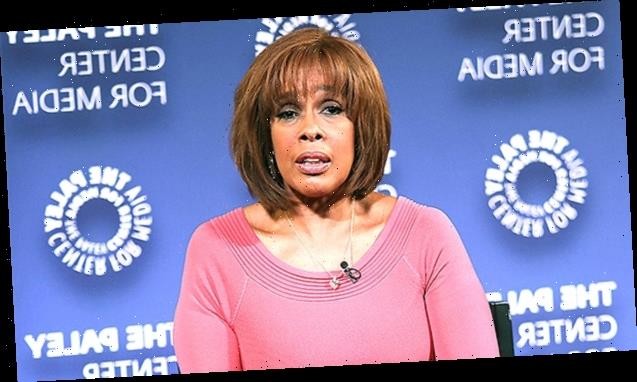 Gayle King cried as she watched the viral footage of a white woman calling the cops on a black man who asked her to put a leash on her dog in Central Park. ‘Thank goodness there’s videotape’ of the incident, she said.

Gayle King was visibly shaken on the May 26 broadcast of CBS This Morning during a segment about the Central Park “Karen” incident that went viral on Twitter the day prior. King, 65, teared up after co-host Vladimir Duthiers explained what happened: a white woman, now identified as Amy Cooper, 41, called 911 on a black man who simply told her to leash her dog (as required) while he was birdwatching in the Ramble. The man, Christian Cooper, filmed the woman as she told police that “an African-American man [wearing] a bicycle helmet” was “recording me and threatening me and my dog.” He was not. You can watch the footage in the tweet below.

After watching the video on air, Gayle said, her voice shaking, “once again I say, thank goodness there is videotape. As the daughter of a Black man and the mother of a Black man, this is really too much for me today… She’s practically strangling her dog to make these false accusations.” Amy voluntarily surrendered her dog, who was clearly struggling to breathe in the video as she held him by the collar, to the rescue group from which she adopted him, according to their Facebook page. Franklin Templeton Investments, where she works, put her on administrative leave after the footage went viral on Twitter and their account was inundated with calls to fire her.

Amy Cooper tearfully apologized for what happened in Central Park while speaking to NBC New York on May 25. “I sincerely and humbly apologize to everyone, especially to that man, his family…. It was unacceptable and I humbly and fully apologize to everyone who’s seen that video, everyone that’s been offended… everyone who thinks of me in a lower light and I understand why they do,” she said. She told CNN, “I’m not a racist. I did not mean to harm that man in any way.” She added that her “entire life is being destroyed right now” because of the viral video.

Gayle became emotional earlier in the broadcast, as well, while talking about a different case, in which an unidentified man died in Minneapolis after a confrontation with police. The video (see above) shows a white officer pinning the man’s neck down with his knee, as the man repeatedly says he cannot breath. After showing the footage, Gayle said, “I don’t even know what to do or how to handle this at this particular time. I’m speechless. I’m really, really speechless about what we’re seeing on television this morning. It feels to me like Open Season and that it’s sometimes just not a safe place to be in this country for Black men. Today is too much for me.”