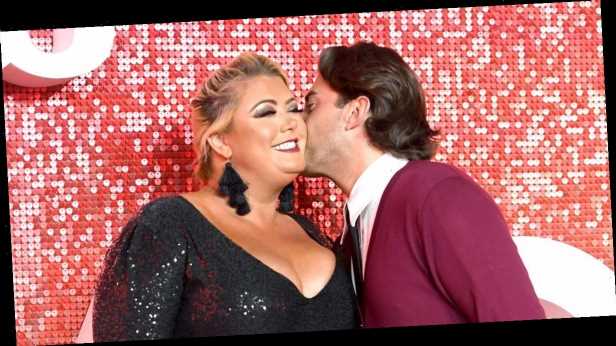 Gemma Collins is not settling for anything less than a huge yellow diamond engagement ring when her boyfriend, James ‘Arg’ Argent leaves rehab.

The Essex girl, 38, who has dubbed herself the GC, explained that she would say yes if her on-off boyfriend, 32, proposed but he has to shell out a hefty sum first for his bride-to-be.

“Until I get a big £250k or half-a-million yellow diamond, I ain't settling with anybody!” Gemma recently told Closer Magazine.

She also explained in her interview with the publication that she would like a big wedding and a lavish honeymoon if he was to propose to her.

Although last year Gemma was spotted wearing a ring on her engagement finger which set tongues wagging, Arg has not yet made the commitment though he expressed that he does intend to make Gemma his wife eventually. Gemma has been on and off with Arg since 2012 but has recently given the self-professed party boy an ultimatum.

The TOWIE star must clean up his act and quit the partying so that they can prepare to start a family.

She also spoke about her hopes of having a baby on the recent TOWIE Christmas special, and was papped over the festive season canoodling with Arg on a luxurious Dubai getaway.

At the start of January 2020, Arg flew to Thailand to seek help from a specialist rehab centre after two drug overdoses last year. The latest scare happened in December 2019, with Gemma being forced to call 999 after friends and family could not reach the troubled star for two days.

The Thai rehab facility is reportedly setting Arg back a staggering £20,000 a month for treatment for food, alcohol and drug addictions. The reality star has vowed that he will not return to the UK until he is confident that he is completely on the right path with his lifestyle.

Gemma has also been working on improving her health, after recently ditching skinny jabs and expressing a newfound happiness with her body image.

Today, January 21, the blonde bombshell shared videos with her followers of her ‘Scoff Meals’ which are weekly orders of food that are cooked and delivered to her door. She has also been active recently when she took to the ice to star in the Dancing On Ice Christmas special.

Gemma also excitedly announced to her fans recently that her show Diva Forever would be returning for new episodes later this year. Viewers might be wondering whether a cheeky proposal from Arg might make the cut in filming.