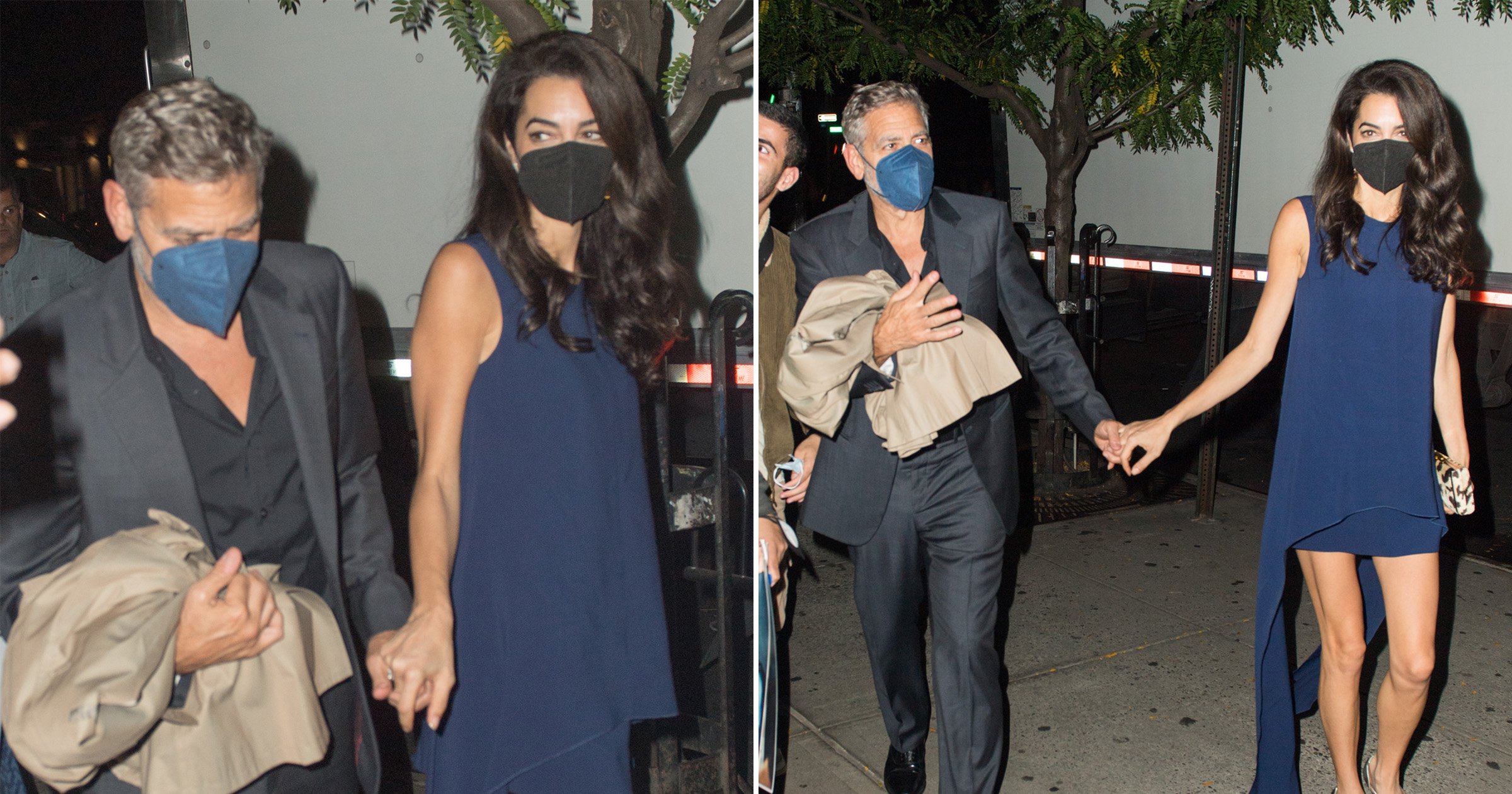 George Clooney and his wife Amal were spotted looking sleek and smart as they returned to their New York city hotel together on Wednesday night.

The couple, who shut down pregnancy rumours in the summer, had managed to fit in a meal at swanky fine dining restaurant One if by Land, Two if by Sea as actor-director George continues the publicity tour for his new film The Tender Bar.

Human rights barrister Amal opted for a navy shift dress by Stella McCartney with a floor-length dipped hem either side, silver pointed stilettos and a leopard-skin clutch bag.

Dutiful husband George appeared to be carrying his wife’s beige trench coat over his arm, as he walked hand-in-hand with Amal towards their hotel.

The pair also both wore contrasting face masks that co-incidentally matched with their spouse’s outfit.

George has been busy in recent days with promotional work for The Tender Bar, in which he directs Ben Affleck and Tye Sheridan in an adaptation of JR Moehringer’s coming-of age memoir.

At Wednesday’s Manhattan screening, where the Hollywood heavyweight was reunited with his ER co-star Julianna Margulies, George had time to drop another Batman and Robin shaped bombshell.

With wife Amal, 43, revealing just last week that the 1997 film is on ‘the banned list’, although she expects the couple’s children, four-year-old twins Ella and Alexander, are ‘gonna want to watch it’, George at the time claimed he wanted to avoid his wife watching his take on the caped crusader.

‘I’m afraid I want my wife to have some respect for me,’ he added, before revealing that he is not joining Michael Keaton and Ben Affleck in reprising the role of Batman in the upcoming film The Flash.

Not going into the details of whether he was even asked to reprise his role, the actor explained his absence, joking: ‘When you destroy a franchise the way I did…’

Now, speaking to People, about acting in blockbusters versus more character-driven films, he revealed: ‘I did one superhero movie and I f**ked it up so bad they won’t let me near the set.’