‘Get off the fence!’ Piers Morgan shuts down Burnham in heated Labour leadership debate 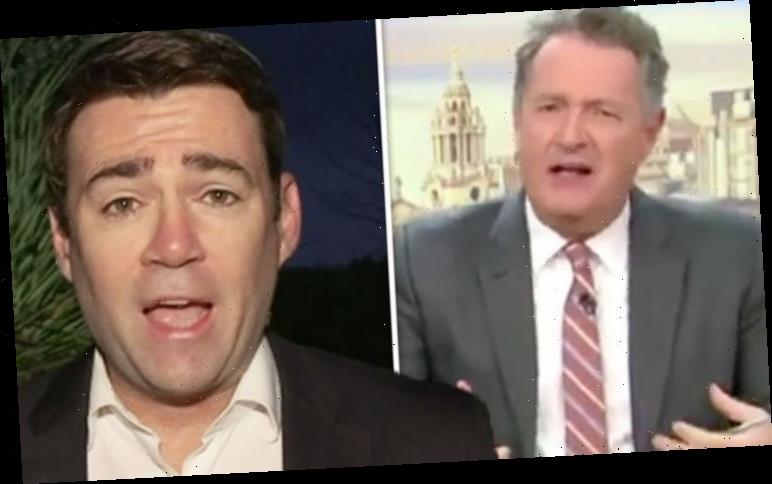 Piers Morgan, 54, and his Good Morning Britain co-host Susanna Reid, 48, were joined on the show by Andy Burnham, 50, to discuss various matters with the politician. One such topic of conversation was the Labour Party leadership race and who the Mayor of Greater Manchester was willing to put his support behind. However, the politician threw several names into the ring, which led the debate to become quite heated as the ITV presenter wanted to know which contender the guest was backing.

Burnham ran for the leadership position back in 2015 but came second to Jeremy Corbyn, 70, who will be stepping down from his role later this year.

With several of his fellow Labour Party members hoping to succeed the current leader, the politician discussed many of their attributes with the hosts.

Two particular contenders he is considering supporting are Sir Kier Starmer, 57, and Lisa Nandy, 40, but failed to give one name to back.

Stepping in, Morgan shut down the guest’s indecisiveness and told him to “get off the fence,” as he grilled him for an answer. 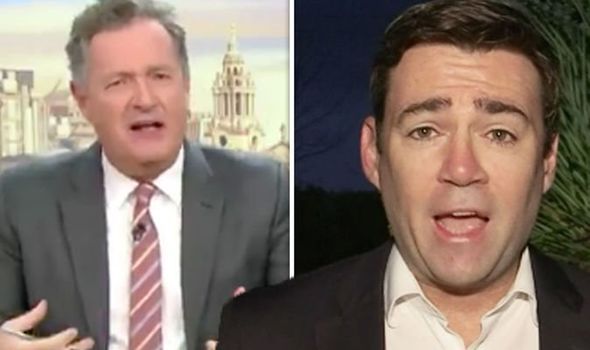 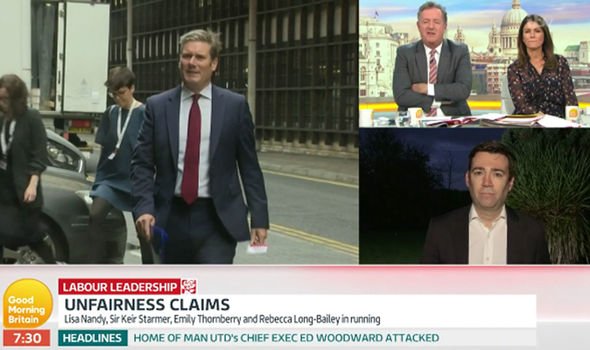 After praising Starmer, Burnham admitted “no-one is perfect,” quipping he “certainly wasn’t” as he reflected on his loss four years ago.

“It’s a tough thing to do,” he explained, before throwing Nandy’s name into the mix and how he would what she has been saying would sway him towards supporting her.

Morgan interjected sharply as he shut down the Mayor of Greater Manchester, telling him: “Get off the fence,” as he claimed the guest was a “straight-talker.”

“At the moment. you’re getting splinters. You’re hedging your bets,” he continued as the debate became heated before the politician explained his position. 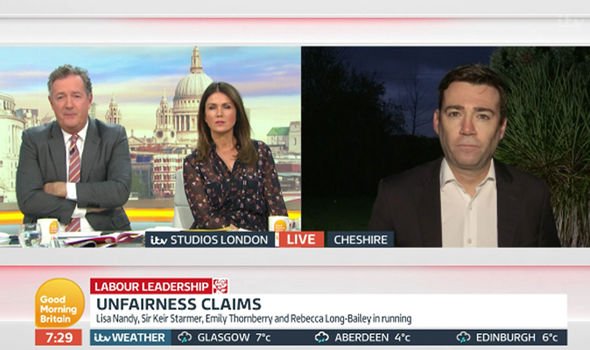 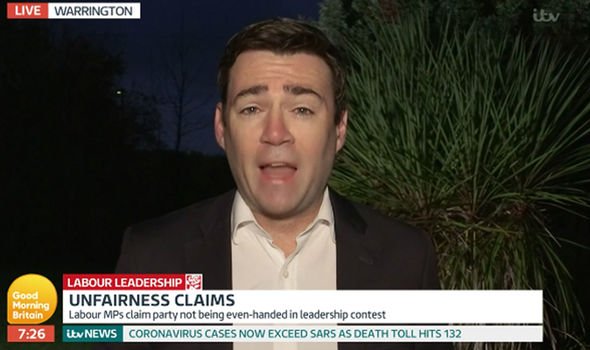 The guest replied: “I want to get off the fence when I hear one of them say, ‘You know what, what they’re doing in the north, they’re giving Labour a new northern voice.'”

Morgan cut him off once more as he asked: “If they back you, you’ll back them?

“‘We need to be more like Andy Burnham’, then will Andy Burnham vote?” the host continued as he tried to understand the politician’s stance.

Explaining himself again, the politician told the presenter: “I’m talking more about a Labour Party which understands the North of England.”

Hitting back at the host, Burnham stated: “I’ll reserve my judgement,” as he swerved the questioning.

As well as Starmer and Nandy, Emily Thornberry, 59, and Rebecca Long-Bailey, 40, are still in the running for the leader role.

Jess Phillips, 38, and Clive Lewis, 48, dropped out of the race earlier this month after the December General Election result saw Labour suffer a huge loss.

Discussing the fallout of the vote, Burnham told Morgan and Reid “there was no sugar coating,” the devastation which was caused.

He explained there were “so many reasons” Labour lost the election, claiming the opposition got it “wrong” with regards to their position on Brexit.

Talking about the constituents who decided to vote for another party, Burnham said: “Labour was ignoring them and taking them for granted.

“[They] didn’t relate to Jeremy Corbyn,” he added, before stating: “[The] party has to fully understand why we lost.

“Labour won’t survive if we don’t,” he admitted.