‘Get on with it!’ Countryfile guest scolds Matt Baker over demo mishap

Countryfile: Matt Baker told to 'get on with it' by expert

The latest episode of Countryfile saw BBC hosts Matt Baker and Ellie Harrison exploring Cranborne Chase. Ellie got to meet the farmers who are encouraging wildlife on their land while Matt was helping to tend to Britain’s biggest modern-day maze. Elsewhere, Tom Heap reported on the possible environmental costs of a new space race being launched from rural sites. However, just minutes into Sunday night’s instalment, Matt got told off by guest Adrian Fisher for not following his simple instructions.

As he introduced the segment, Matt began: “As a relic of its past, perched high on the hill and hidden amongst these woodlands – it’s a turf maze.

“But not just any maze, this is known as a mizmaze.

“This is one of only two that survived in the UK, it’s a protected monument and no one is usually allowed to walk on it, but we’re lucky enough to have been given special permission today.

“Helping me to read between the lines is maze maestro Adrian Fisher – a man who has designed more than 700 modern-day mazes all around the world.” 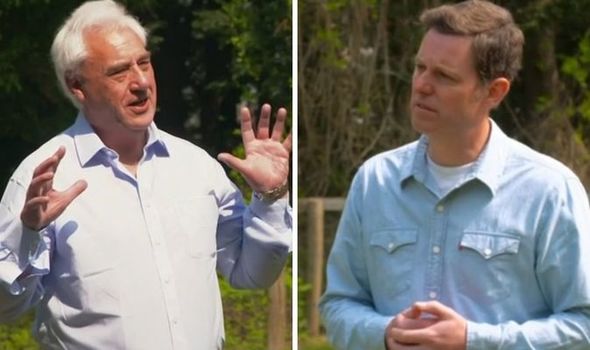 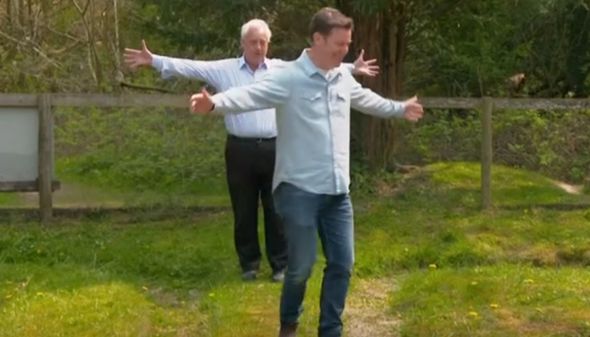 Speaking to Adrian about the maze’s past, Matt asked the expert: “What exactly is it then?”

“This one goes back at least 800 or 900 years. This is known as the medieval Christian pattern which has 11 rings.

“11 paths which go to the edge from the middle.” 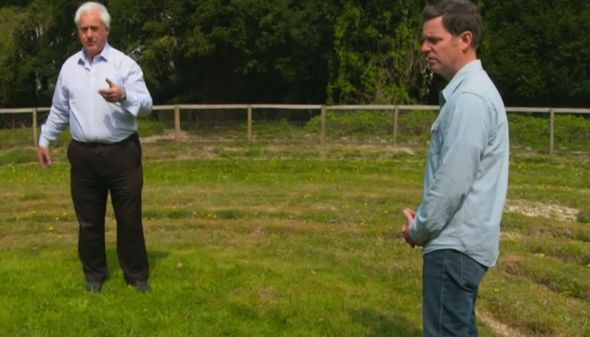 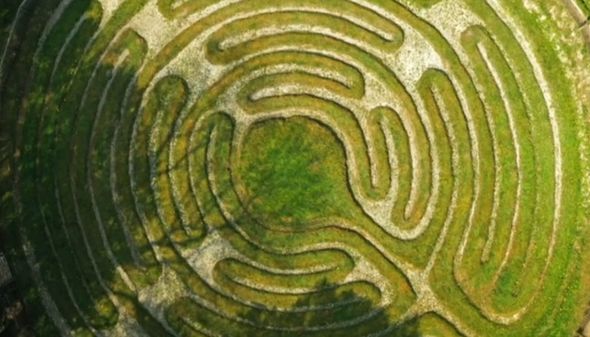 Adrian continued: “So when the monks down in Avon Valley had their monastery. They would have come up and created this.

“Legend has it they would come up here as a penance and move around the entire route and we’re talking about hundreds of yards worth of length on their knees before breakfast.”

Before Matt demonstrated how the monks would have walked around the maze, Adrian went on to explain that the maze is “the entire journey of the spirit, from conception to being united with our saviour and reaching salvation”.

But as Matt readied himself to take on the maze, Adrian was irked by the time it was taking him.

“Come on get on with it, don’t take five or nine months,” Adrian scolded Matt as he took his time to walk around the maze.

“This is a difficult labour,” Matt laughed as he brushed off the warning.

Elsewhere in the programme, presenter Tom Heap caused an uproar with viewers after he explained £40million of public money was being spent on spaceports in the UK.

Following the segment, unhappy viewers took to social media to share their anger over the fact the spaceports will “disturb the wildlife”.

“Oh, my goodness I didn’t know about these #ukspaceports they are horrendous! Our wildlife is so so precious, it CANNOT be destroyed,” one viewer raged.

Another tweeted: “We can’t run a decent rail service in this country, why on Earth (!) are we considering opening spaceports?”

A third penned: “I’m sorry how much?!?! Why can’t we spend that money helping people and the countryside here on planet Earth??”

While another added: “Don’t agree with the spaceports ruining our beautiful countryside and disturbing our wildlife.” (sic)

Countryfile returns on Sunday at 6pm on BBC One.