Glenn Greenwald Resigns From The Intercept Over Claims of Censorship

“To say that such censorship is a red line for me, a situation I would never accept no matter the cost, is an understatement,” The Intercept co-founder writes 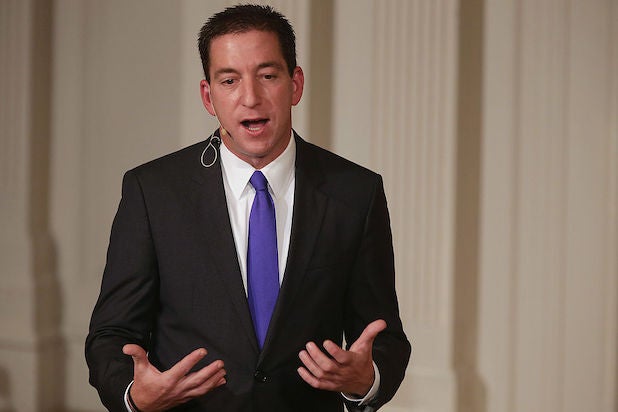 Glenn Greenwald said on Thursday he resigned from The Intercept, the publication he co-founded in 2014, claiming that editors “censored” an article about Democratic presidential candidate Joe Biden that he said “raised critical questions about Biden’s conduct.”

“To say that such censorship is a red line for me, a situation I would never accept no matter the cost, is an understatement. It is astonishing to me, but also a reflection of our current discourse and illiberal media environment, that I have been silenced about Joe Biden by my own media outlet,” Greenwald wrote in a lengthy resignation note published on Substack. “The Intercept’s editors, in violation of my contractual right of editorial freedom, censored an article I wrote this week, refusing to publish it unless I remove all sections critical of Democratic presidential candidate Joe Biden, the candidate vehemently supported by all New-York-based Intercept editors involved in this effort at suppression.”

Representatives for The Intercept and First Look Media did not immediately respond to requests for comment.

Greenwald said that he will publish the article he claims The Intercept censored on his Substack page.

In the resignation email — sent to The Intercept’s editor in chief, Besty Reed, and First Look Media’s CEO, Michael Bloom — Greenwald added that he had become “extremely disenchanted and saddened by the editorial direction of The Intercept under its New York leadership for quite some time.”

“The publication we founded without those editors back in 2014 now bears absolutely no resemblance to what we set out to build — not in content, structure, editorial mission or purpose. I have grown embarrassed to have my name used as a fund-raising tool to support what it is doing and for editors to use me as a shield to hide behind to avoid taking responsibility for their mistakes,” Greenwald wrote.

The Intercept, launched in 2014 and funded by eBay co-founder Pierre Omidyar’s First Look Media, first rose to prominence for publishing highly classified documents from the National Security Agency that had been leaked by whistleblower Edward Snowden.