Graham Norton fans should prepare to be a little disappointed as the presenter has appeared to put to bed rumours he could front the Eurovision Song Contest 2023.

The UK came second in the competition and stepped into the host role after the organisers said it was not possible for the event to be staged in Ukraine due to the ongoing Russian invasion.

Seven cities, including Birmingham, Leeds and Newcastle, put their hat in the ring to be the home of the iconic contest, with the BBC whittling down the shortlist to Glasgow and Liverpool.

With planning for Eurovision, which launched the career of ABBA, clearly underway, it’s hardly surprising that attention has turned to who will helm the programme, which will air on the BBC.

Love Island winner Ekin-Su Cülcüloğlu, Rylan Clark and former Radio 1 DJ Scott Mills are names that have all been touted by fans, as well as, of course, the competition’s commentator Graham Norton.

The author has been providing commentary on Eurovision since 2009 when he took over from Terry Wogan.

Appearing on Wednesday’s episode of This Morning, Holly Willoughby and Phillip Schofield couldn’t resist finding out whether Graham would take on the prestigious presenting gig. 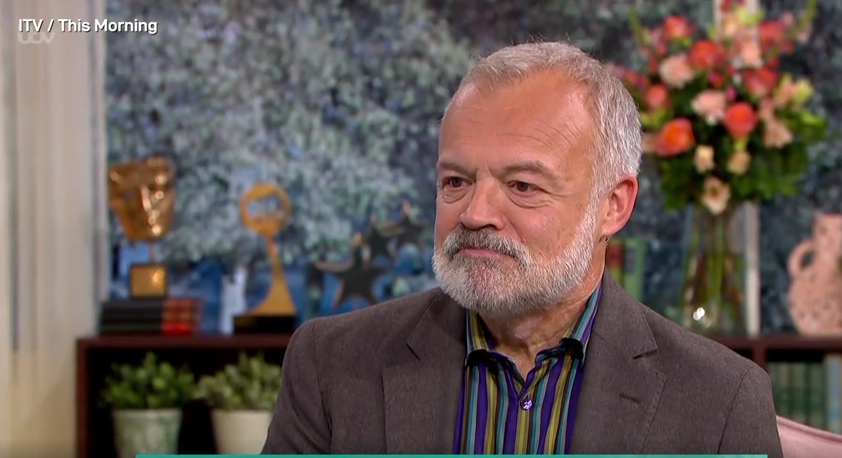 Graham asked the pair: ‘Have you thrown your hats into the ring to host?’

Phillip said he wouldn’t be able to work with the BBC due to his contract with ITV, while Holly exclaimed: ‘Well, it your job surely?’

Asked by Phil if the ‘conversations had been ongoing’, the talk show host said: ‘I might wander on a wave and then run back to my rabbit hutch.’

Graham also gave a very diplomatic answer when asked who she stage Eurovision out of Liverpool and Glasgow, saying they were both ‘beautiful cities’ with ‘big musical traditions.’

This Morning airs weekdays from 10am on ITV.

The Eurovision Song Contest will air on BBC One in 2023.