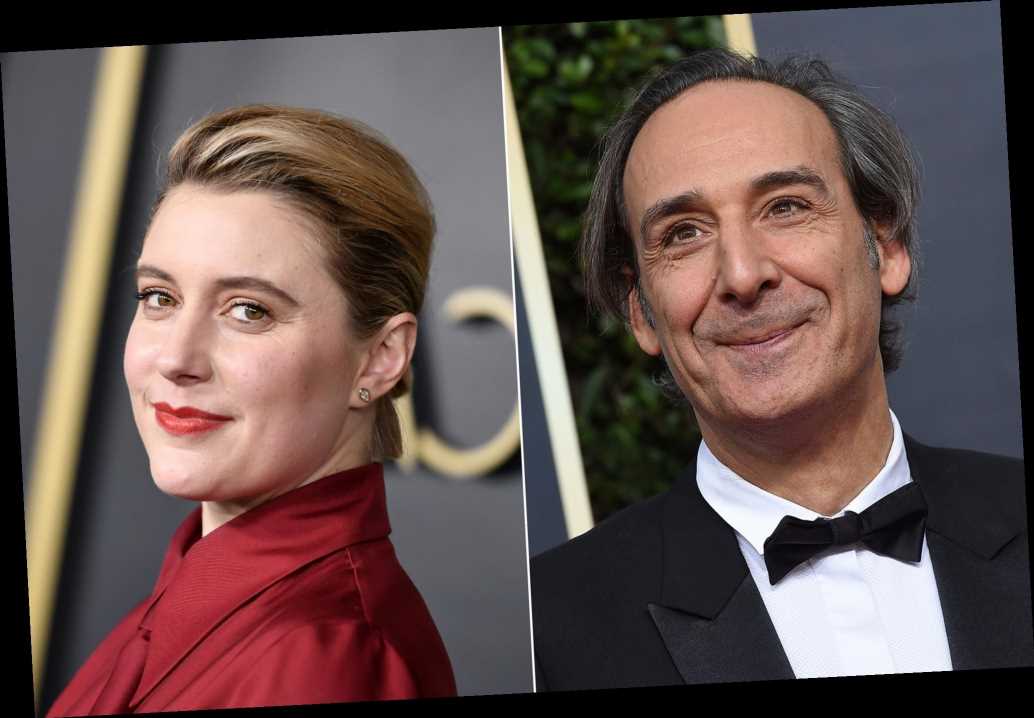 Little Women director Greta Gerwig tells Rolling Stone that she wanted the movie to be a “ballet, a musical” — and in order to create that effect, she enlisted the talents of composer Alexandre Desplat, who has won two Oscars for composition (for 2014’s The Grand Budapest Hotel and 2017’s The Shape of Water).

“Music has to respect emotions very carefully, and that’s what I tried to do,” Desplat tells Rolling Stone.

Desplat is nominated once more for best score at the 2020 Academy Awards, and Little Women has also scored an additional five nods, including Best Picture, Best Adapted Screenplay and Best Actress (Saoirse Ronan as Jo).

The oft-adapted 1868 novel by Louisa May Alcott tells the tale of four sisters grappling with marriage, death and their ambitions. Gerwig’s telling focuses on the sisters’ adult lives and features frequent collaborators Ronan (who starred in 2018’s Lady Bird) and Timothée Chalamet as Jo’s suitor, Laurie (he also appears in Lady Bird).

Rolling Stone spoke with Gerwig and Desplat about how five of the director’s favorite musical moments came together.

The Beach Scenes: Past and Present

The March sisters frolic with friends at the beach; Beth and Jo sit by a stormy sea as Beth struggles with her illness.

Alexandre Desplat: I was trying to capture the essence of what brings all these characters together, which is youth, innocence, nostalgia. [In the second beach scene], it’s not as magical as the first time where it was all happiness and sun.

Greta Gerwig: I’m very influenced [by] period pieces. I never wanted it to feel heavy or nailed to the ground. For me, some of the best examples of period pieces that feel injected with the kind of excitement of youth are [François] Truffaut movies. I was looking at movies like Jules and Jim, which is a period piece, but you’d never know that. I loved those movies and I love the music in them. And they have this deceptive lightness. I really loved that. Alexandre’s music is beautiful like that, but not saccharine. It’s exacting. It already senses a certain loss, which is what I was looking for.

And then when it continued on into the next beach scene — because it cuts from the beach to the beach but later — it had just the faintest outline of what you had heard. It told the story of this conversation with your younger self.

Gerwig: There’s this theme that plays during this scene and that series of notes always makes me cry. And I’ve seen this movie more than any human on earth. I guess this is my question for Alexandre. How do you know a series of notes will make people cry?

Desplat: I was trained first with French cinema; I’ve been always very careful about how music plays. In French cinema, there’s barely room for music — barely room for a large orchestra. I was trained to be precise, to be concise and to follow the characters more than the image, which is quite different from American cinema. A lot of composers write to what they see on the screen and they follow the action.

I’m always trying to avoid the traps of redundant rhythms. If it’s green; I’m not going to use green. I’m going to use orange or yellow. If it’s blue; I’m going to use gray. But I’m not going to use the same color as what is on screen. I always try to figure out what is the trap that I can avoid and how can I jump over this trap and find another path to the emotions. I try to be delicate. I don’t know how these notes came, but… they’re not long notes. They’re fragile and that brings out the emotion because they’re restrained by their fragility. Then you see the fragility of the characters.

Gerwig: That’s the exact way it works. It feels both like the emotional state of Jo and her mother, but it also feels like Beth, who we’ve just lost. She’s a gentle character. She’s not a bombastic character. She would never shout to be heard. When it plays you just feel that the person who was lost was her. It’s the sound of her who she is.

It’s so funny because it echoes exactly what Saoirse’s [Ronan as Jo] impulse was. In the scene, when she comes downstairs the second time and Beth isn’t there, Laura [Dern] as Marmee breaks down. That was important to me; she lost a daughter and I wanted to experience that. Saoirse as Jo is numb, even when she’s standing at the grave. She’s not crying. We’re having the emotion, but she can’t bear to — that’s what makes it so emotional. It doesn’t step on us.

Desplat: Music has to respect emotions very carefully, and that’s what I tried to do.

Gerwig: This was the movie within the movie. I was like really going for it; I was like, I want that full-on carriage chase in the rain. I mixed in thunderclaps, then I had rain machines and I had the camera on a crane and I wanted it backlit. I just remember when we were recording it, the timpani, the build-up — I was like, “Oh my God, that’s it! That’s the one!”

Desplat: The music needed to be full of charge and emotions like the music scores of the Forties. The Max Steiner scores or the Alfred Newman scores. In the Fifties, Forties and even the Thirties, you would have a close-up and then the music would go as big as it could get. It felt right, fun and exhilarating. It also made the audience understand what Greta was suggesting — that this is a movie within a movie.

I feel like I, in my own filmmaking journey, a big kiss in the rain is not something I could do with a completely straight face. I needed to create this semi-meta narrative in order to have that moment. However, it’s so fun to make moments like that; I know the actors love doing it. When I was sitting in the mixing room while they were recording with a full orchestra — I was there with my little baby, who really loved listening — I was like, “This is so fun!”

It echoed back to those experiences of watching movies from the Thirties and Forties where everyone was just all in. You’re never playing counterpoint; you’re only playing on the downbeat. There’s something about that.

Gerwig: The last moment, where Jo finally gets her book… I remember I said to Alexandre, I want the movie — before the score for the end titles comes up — to feel like a question mark. Like it’s throwing a question back at the audience. When he gave me those last couple of notes, it was that question. I feel like I can say this because I didn’t make the music, but it’s one of my favorite musical endings ever. She has this expression on her face and then it cuts to black.

Desplat: There are several emotions in that scene. There’s the excitement of the book being made and the satisfaction of watching this book be made, her first book. It’s a mix of pride, excitement. Saoirse has this incredible face with her incredible blue eyes. The color of her eyes is so special. Almost strange, I’ve never seen that kind of blue before. The music has to give us all the emotions and all the thoughts that go through her mind at that very moment. I was thinking that she’s already thinking of her next book. She’s opening a new chapter.

Latest News:
Prince Harry and William row: Duke of Sussex ‘heartbroken’ over ‘painful’ family break-up
Greasepaint And Horsehair: How ‘Ma Rainey’s Black Bottom’s Makeup & Hair Designers Captured Essence Of A Trailblazing Blues Singer And Her World
Justin Bieber Rides a Motorcycle While Seemingly Filming a New Music Video (Photos)
Inside Joshua Bassett’s Emergency Surgery – Nicki Swift
Recent Posts
This website uses cookies to improve your user experience and to provide you with advertisements that are relevant to your interests. By continuing to browse the site you are agreeing to our use of cookies.Ok