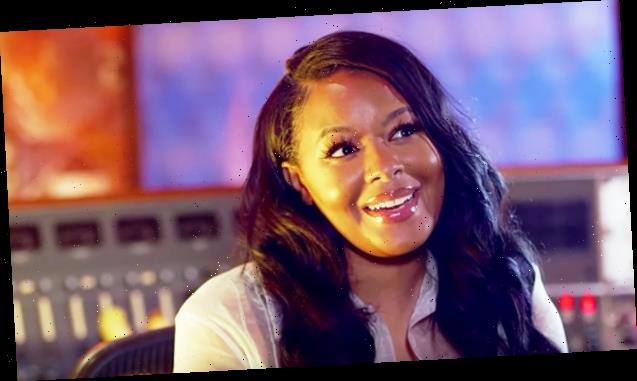 Vanessa Simmons decides to take a meeting with Romeo Miller’s dad Master P about a movie in this EXCLUSIVE ‘Growing Up Hip Hop’ preview and admits this puts her in an ‘awkward’ position with Romeo and Angela.

Even though Romeo Miller and Angela Simmons have their drama, Vanessa Simmons is not letting that get in the way of her career. She goes to have a sit-down with Romeo’s dad, the legendary Master P, in this EXCLUSIVE preview of the Jan. 23 episode of Growing Up Hip Hop. “With everything that’s happened with Romeo and Angela, I’m really hoping and praying that me taking this meeting does not drive a wedge between me and my family and that they understand business is business,” Vanessa says in our sneak peek. “Also, I definitely kind of want to clear the air.”

She chats with Master P about the movie Never Too Far, which he is co-producing. “I’ve always thought that you had a lot of talent,” he tells her. “I think this movie would be good for it so do it. We’re going to have a lot of fun on the set.” Vanessa is dedicated to taking her movie career to the next level so this is a big deal.

However, this is all happening right in the middle of the drama between the Simmons and Millers. “It’s putting me in an entirely awkward situation,” she admits. She wants to support her sister but she doesn’t want to hinder her career.

The synopsis for the Jan. 23 episode reads: “Sam’s proposal goes off without a hitch and triggers further investigation. Angela bursts into tears when she faces tragedy and heartbreak. Vanessa meets with Master P and is caught back in the middle of a major rivalry between Angela and Rome.” Growing Up Hip Hop airs Thursdays at 9 p.m. on WE tv.