Having fun with fatherhood 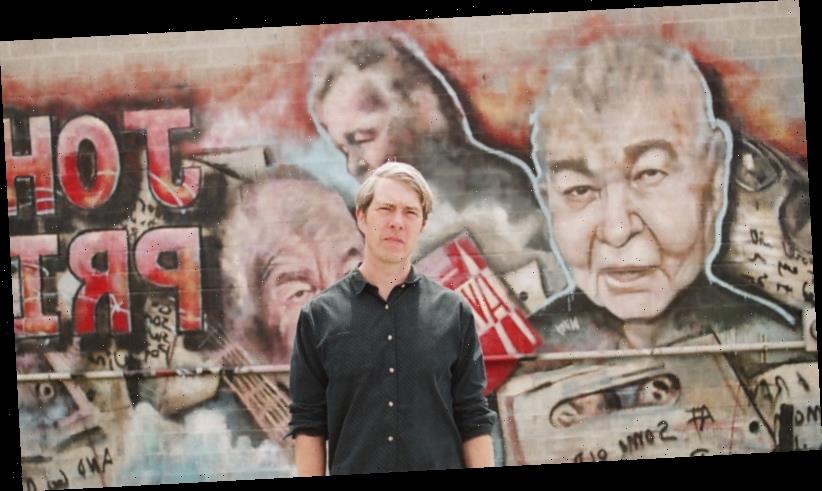 There’s no mistaking that voice. Low, smooth, unhurried. Bill Callahan possesses one of the most distinctive voices in modern music. On the phone, he is as he has been on 19 albums to date – 13 as Smog, then six under his own name – deep, deliberate, considered.

The challenge, however, with speaking to the 53-year-old Texan on the phone is trying to detect whether he’s finished answering a question, or if he’s lingering in one of his famously lengthy pauses to consider a further response. At least he does phone interviews these days; early on in his career the retiring artist would only do interviews via fax. 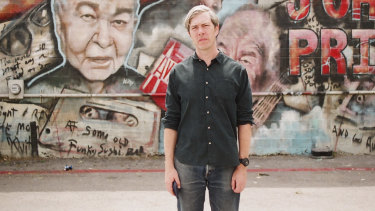 Bill Callahan returns to Australia next month with his band for a national tour.Credit:Hanly Banks Callahan

Callahan is returning to Australia to play a run of theatre and festival shows. He was last here in 2017, playing Vivid Festival in Sydney and Howler in Melbourne. At Howler, he played several shows across a few days, doing two shows a day. He won’t be doing that again.

“It was an experiment that I tried in London and New York and in Australia. Turned out I didn’t really like it,” he laughs drolly. “It was two shows a night and exhausting and confusing to me, ‘cause it’s like you don’t wanna give it everything you’ve got on the first show, but also you don’t want to hold back too much. You know, it’s just … I prefer like one show a night and that’s where all my energy goes. I did enjoy it for just an experimental thing, but I probably wouldn’t do it again.”

Callahan’s most recent album, the widely acclaimed 2019’s Shepherd in a Sheepskin Vest, will likely feature heavily on his tour here next month; he will be touring with most of the musicians he recorded the album with – long-time touring guitarist Matt Kinsey, stand-up bassist Brian Beattie and drummer Adam Jones.

Also, the songs are drawn deeply from the newest chapter of his life. And life is good. So good that this album took an uncharacteristically long time to appear.

"I didn’t want to be gone for five years and then deliver just eight or nine songs.

After a string of romances with other artists, including Chan Marshall (Cat Power) and Joanna Newsom, in 2014 Callahan married documentarian Hanly Banks, after meeting her when she made his 2012 tour documentary Apocalypse (named after the 2011 album he was touring at the time). They became engaged the following year, married in 2014 and in 2015 welcomed the arrival of their son, Bass.

Callahan’s output had been steady up until then, releasing an album at least every other year until 2014’s Have Fun With God. Although he still toured, the albums stopped coming for five years, until last year’s release of Shepherd. However, he made up for lost time by making it a double album – his first – which he hadn’t envisioned initially.

“At first it was just going to be a record just about marriage and children, kind of very focused, all taking place in a house,” he says. “Then I started to think about all the other people who don’t know what that’s like, so I decided to expand to broader horizons, put more perspectives on there. And also it made sense because it had been so long; I didn’t want to be gone for five years and then deliver just eight or nine songs.”

Callahan almost didn’t return to music at all; he thought about quitting to be a full-time dad.

What pulled him back towards it, I ask, expecting some well thought-out inward-looking philosophical dissertation?

“My wife said ‘no way’,” he replies flatly. “She knew I would be very unpleasant to live with if I wasn’t creating something … umm … yeah. She’s probably right,” he chuckles.

In the end, Callahan says he was “anxious” to get back into the studio, though he wouldn’t call it an entirely enjoyable process after his long absence. “It was different … usually I make a record in about 10 days or so, but this was four months I think, kind of going in every day 10 to 6,” he says. “It was like having a job after a while; I started to resent it towards the end … I just wanted it to be over.”

If Callahan didn’t enjoy the process, it certainly doesn’t show. For an artist who previously has been more preoccupied with death – “dress sexy at my funeral, my good wife”, he sang as Smog on 2000’s Dongs of Sevotion album – he is now much more happily living in the now. Shepherd positively froths with domestic bliss; a nursery appears, renovations begin, a towel is fetched before late-night period sex. “I got married/to my wife/ she’s lovely/and I had a son/bowm bowm.”

That son will turn five while Callahan is in Australia. He’ll be sad to miss Bass’ birthday.

“I just kind of didn’t give a f— about kids until I had one,” he says. “Now I just love kids in general, they’re really interesting.”

Bill Callahan plays on March 4 at Hamer Hall in Melbourne; March 5 at the State Theatre in Sydney; March 6 at the Tivoli in Brisbane; March 7 at Golden Plains in Meredith, Victoria; and March 8 at Womadelaide in Adelaide.