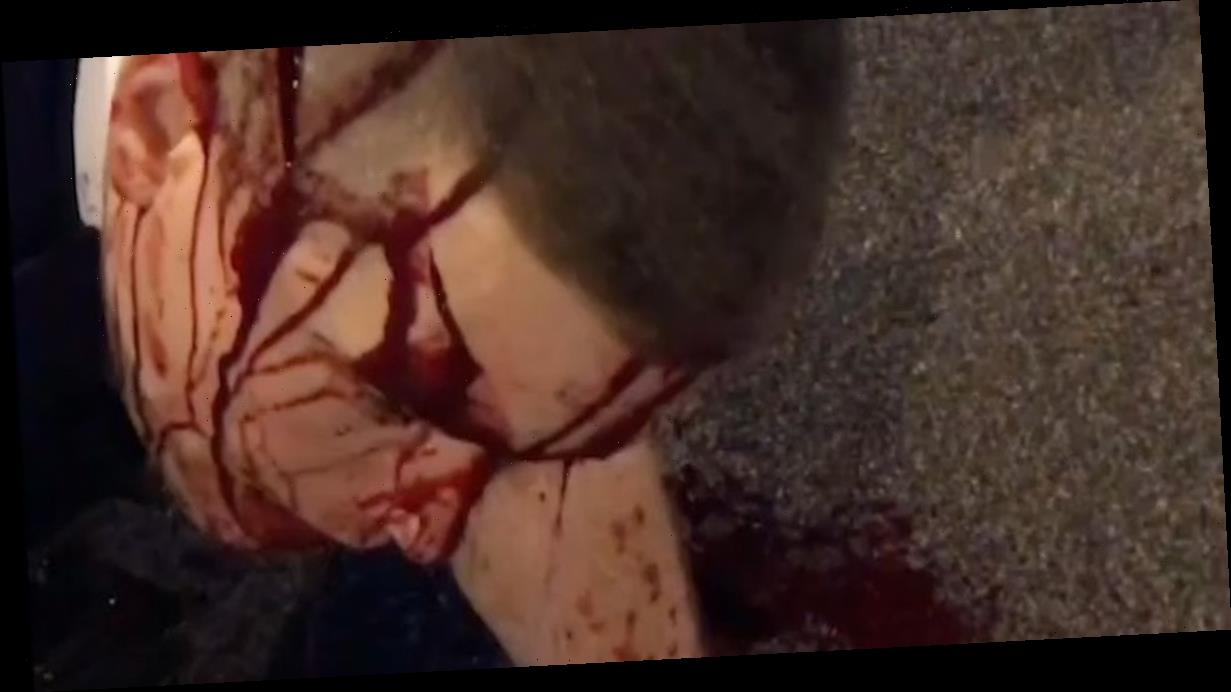 Shocking bodycam footage shows the moment a man was tasered after carrying out a horrifying machete attack on a police officer.

Muhammad Rodwan, 56, was found guilty today of repeatedly knifing PC Stuart Outten after he was pulled over in Leyton, east London, in August last year.

Despite suffering suffered multiple stab wounds and skull fractures, PC Outten, 29, was bravely able to use his Taser and disable Rodwan. The officer has since been called 'Britain's hardest cop'.

Footage of the incident has now been released showing the frenzied assault on the officer who was left seriously injured.

Rodwan was ordered to "stop resisting" as two officers attempted to restrain him while he sat in the front seat of his van.

But instead of giving up, Rodwan rained numerous blows down on his victim's head with a machete leaving him bloodied.

The assailant is seen holding a blade over his head before the officer pulls out his Taser and fires the shot that paralyses him.

Rodwan had previous convictions from 1997 for wounding with intent after an unprovoked attack on two people with a machete.

He was convicted of rape in 1982 and was sentenced to three years in prison.

Rodwan is due to be sentenced tomorrow morning.

Speaking during his recovery, PC Outten insisted he is “not brave” and planned to return to front line duty.

The officer told the  Evening Standard: “I wouldn’t consider myself as brave. I dealt with the incident.

"If it escalates, I go with it … I’ve been looking after Londoners for the past 10 years and I’m going back out there doing it all again, hopefully not the same way this one happened.”

His girlfriend PC Lizzie Mathews, raced to the scene after the incident was broadcast over police radio.

Along with scarring to his head, PC Outten damaged ligaments in his hand and has only just been able to clench his fist.

He added: “Everyone just wants to go about their business and not be bothered. And that’s what I want, you want to go to work, to the park, to the shops, wherever they want, without being scared or worried."

Commander for the North East Basic Command Unit, Detective Chief Superintendent Richard Tucker, said: “This frenzied, brutal attack on PC Outten is a stark reminder of the dangers London’s officers face and confront every day to keep the public safe and tackle crime.

“Officers should be able to go about their work, protecting the public, without fear of abuse or attack.

"Unfortunately that is not the reality, and officers are regularly the victims of unacceptable physical assaults whilst on duty, but this is something we should never accept as ‘part of the job.'"