Here’s Why Mr. Nobody Won’t Be In ‘Doom Patrol’ Season 2 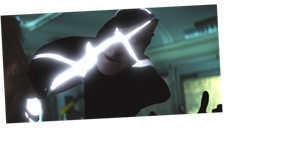 There’s a lot to like about Doom Patrol, the superhero show with a comic history that dates all the way back to 1963. One of the best parts of the first season of the show was the narrator/villain Mr. Nobody, a fourth-wall breaking bad guy who got universe-jumping superpowers from a Nazi scientist in Paraguay in 1933. Longtime character actor Alan Tudyk (Dodgeball, Firefly, Tucker and Dale vs. Evil) plays Mr. Nobody with the absolutely perfect mix of sinister energy and over-the-top, never-too-serious humor (a tonal match with the rest of the show) and was a constant pleasure to watch in the first season. But as fans begin to watch the second season of Doom Patrol (now streaming on HBO Max), they might notice that Tudyk’s name and credit are no longer in the show’s opening, and that he seems to no longer be a part of the show’s main cast.

The easy answer, at face value, is that Mr. Nobody was—in theory—defeated at the end of the firsts season. After his plan to team up with the (very on-brand with the rest of the show) minor villains Ezekiel the Cockroach and Admiral Whiskers went astray (and it didn’t take long), Mr. Nobody used his powers to temporarily team up with the rest of the Doom Patrol to defeat the evil rat and cockroach. As he helped the heroes escape the painting where Danny the Street had been trapped, he didn’t stop to think about how he (and the Beard Hunter) would get themselves out. A big flash, and we see what happened—Robotman, Jane, Negative Man, and the rest of the gang made it out, but Nobody and Beard Hunter were both stuck in the white canvas.


That being said, though, this is a superhero and comic book show. Even if someone is actually dead, it doesn’t mean they’re permanently dead, and Mr. Nobody isn’t even that—he’s just trapped for the time being. The show will certainly bring him back at some point, and the storylines in the comics align with that too—in the original Doom Patrol comics, Nobody escapes from the painting, forms a new villain team, and runs for President of the United States.

But it’s clear that at least for the early part of the season, that won’t be happening in Season 2.

Back in March, Tudyk was asked on Twitter about Doom Patrol‘s second season, and explicitly responded to say that he isn’t in the show’s second season. “I am sadly not in Season 2. Mr. Nobody will remain trapped in the painting,” he said in a Tweet replying to someone asking when Doom Patrol would be returning. He continued to explain what he was working on instead. “I have been busy with a new show called Resident Alien for SyFy, that will probably be out this summer, June, but who the hell knows. We shut production down out of caution of CoVid spread.“

I do not know. I am sadly not in Season 2. Mr. Nobody will remain trapped in the painting> I have been busy with a new show called Resident Alien for SyFy, that will probably be out this summer, June, but who the hell knows. We shut production down out of caution of CoVid spread.

That being said, it would be far from crazy if Tudyk’s tweet is a bluff, and simply covering up for a surprise reappearance by Mr. Nobody later in the season. In fact, with the painting shown in the premiere episodes of Doom Patrol‘s second season (and not simply forgotten or written off), that’s the theory we’re going to go with. Tudyk is not in the main cast of the show for Season 2 (you won’t see the ‘Alan Tudyk as Mr. Nobody’ card in the opening credits), but it still feels like a good chance he could make a special guest appearance later on in the season.

The three premiere episodes of Doom Patrol Season 2 take a bit of time to get into some more minor villains for the team, like Dr. Tyme and Red Jack, but the show will really feel like itself again once they get their arch nemesis back. And while he’s not there now, it still feels like it might only be a matter of when, not if.