Hilaria Baldwin is taking a social media hiatus amid her husband Alec’s ongoing wrongful death suit stemming from the deadly shooting of cinematographer Halyna Hutchins on the “Rust” set.

“He friends! I’m gonna take a social break. I promise I’ll be back/ I love you all and know you worry, so want to give you a heads up,” she wrote in a statement posted to her Instagram on Friday. “I might check in from time to time, dropping you a photo, and letting you know we are ok.”

The yogi, 38, then offered some advice to her fans and wished them well while she took a step back from the public.

“Be good to yourselves and so much love and good energy to you,” she wrote. “See you soon.”

She then added in the caption of the post, “I cherish our community…I’ll come right back.”

Alec, 63, has been accused of firing a prop gun that killed Hutchins in October 2021. The bullet struck Hutchins and also injured director Joel Souza. 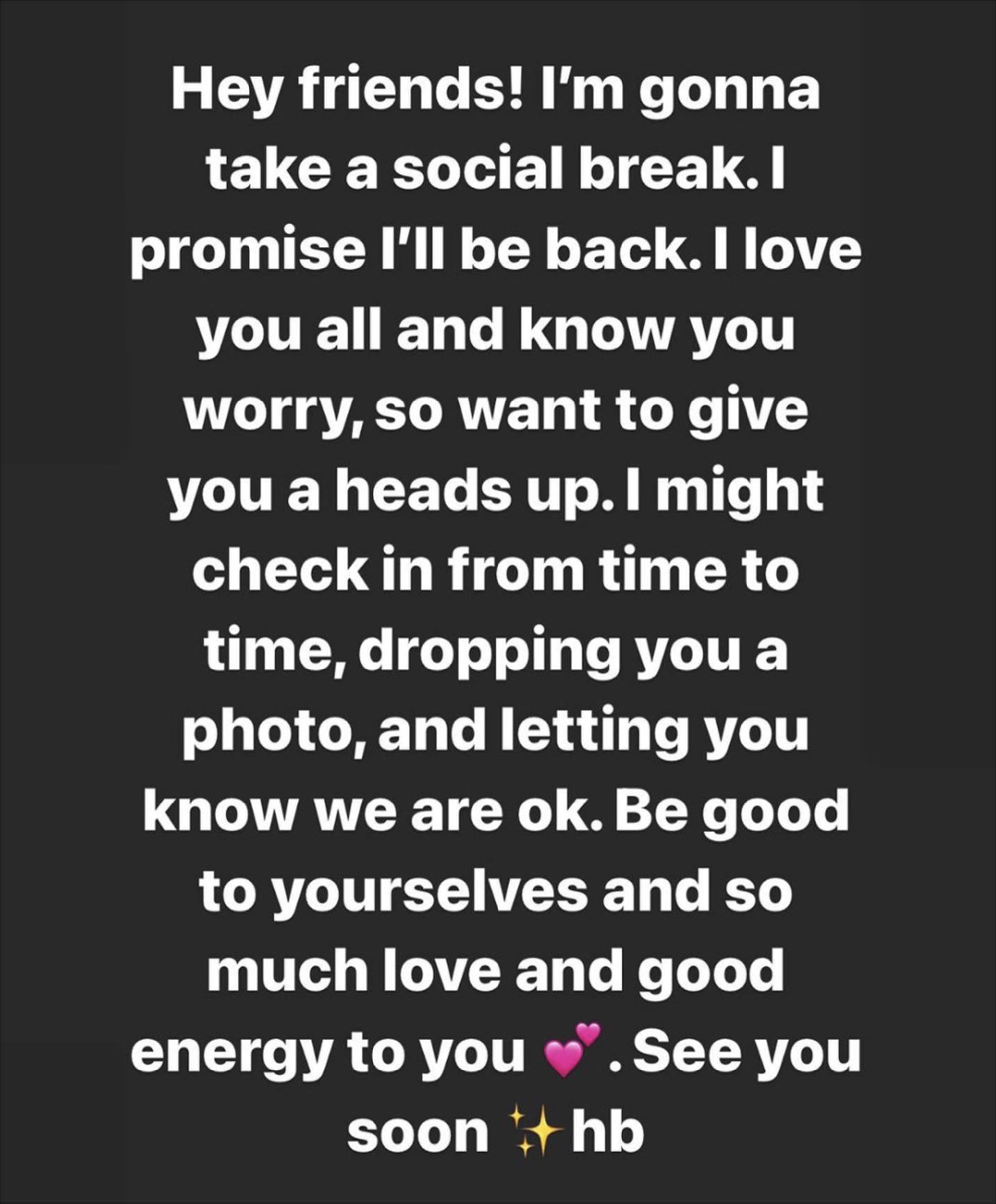 Alec denied that he was the one responsible for her death in a TV interview in December.

Following news of the wrongful death suit, the “30 Rock” star took to social media to share a cryptic Buddha quote about lies.

“’In the same way, Rahula,’ the Buddha continued, ‘when anyone feels no shame in telling a deliberate lie, there is no evil, I tell you, they will not do. Thus, Rahula, you should train yourself, “I will not tell a deliberate lie, even in jest,”‘” Alec wrote on his private Twitter account.

In a second tweet, he added, “In Buddhism, being truthful goes beyond simply not telling lies. It means speaking truthfully and honestly, yes. But it also means using speech to benefit others and not to use it to benefit only ourselves,”

The attorney for Hutchins’ family argued that while Alec may not be the only person responsible, he is partly to blame.

“There are many people culpable, but Mr. Baldwin was the person holding the weapon … that but for him shooting, she would not have died,” one of the attorneys, Brian Panish, said at a press conference in Los Angeles.

Panish had added, “[Baldwin] has significant portion liability, but there are others, and that’s what this case is going to be about — assessing fair apportionment to whoever’s responsible for the senseless tragedy.”

In February, Hutchins’ husband Matt opened up about why he is going after Alec, saying he wants justice for himself and the couple’s 9-year-old son, Andros.

“The idea that the person holding the gun and causing it to discharge is not responsible is absurd to me,” Matt said on “Today,” adding that he was “just so angry.”