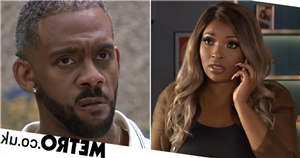 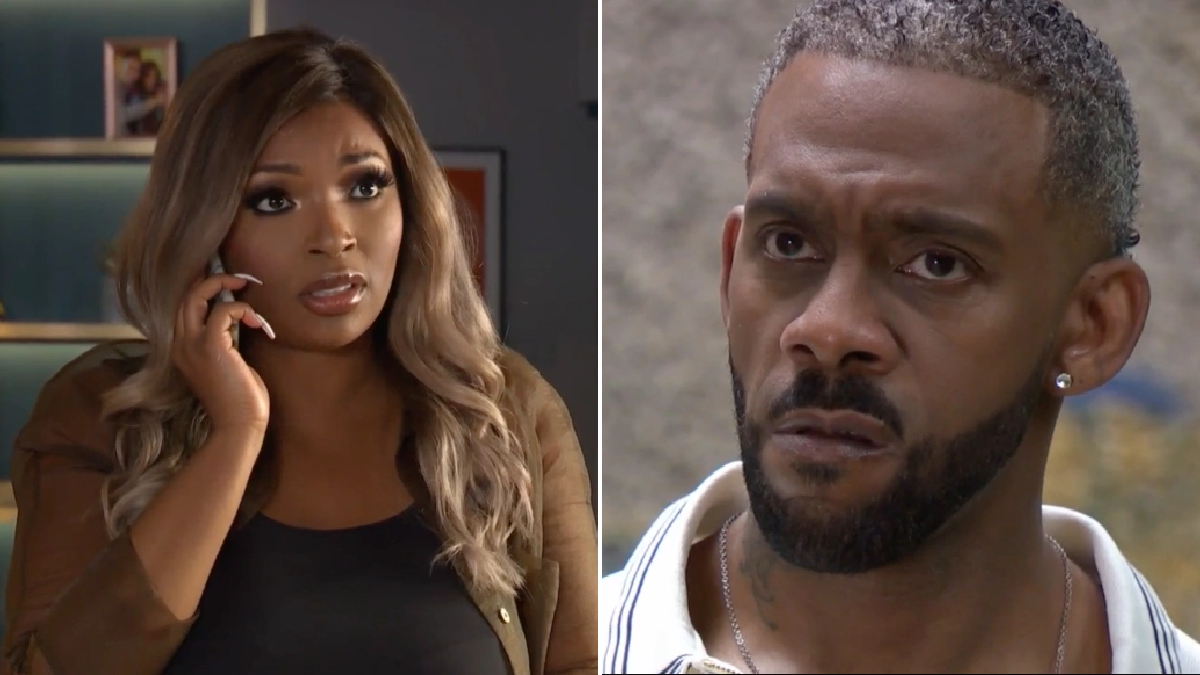 Felix Westwood (Richard Blackwood) made his triumphant return to Hollyoaks in scenes which have just aired, as a worried Celeste Faroe (Andrea Ali) made contact with him.

What Martine did not know, however, was that Walter (Trevor A Toussaint) had been meddling once more, as he begged Felix to leave his daughter alone.

Celeste made this discovery during Wednesday’s (September 8) first-look E4 edition of the Channel 4 soap, and it’s safe to say she wasn’t pleased.

She berated her granddad, spilling all on the surprise birthday barbecue that Martine is intent on throwing him.

Martine, meanwhile, was throwing herself into preparations for Walter’s bash to keep her mind of Felix, but when Celeste quizzed her on her feelings, she broke down.

‘The worst thing is is that I still love him,’ said Martine. ‘I keep picturing him walking through that door and saying he shouldn’t have done [walked out].’

Celeste instructed her mum to rest, before taking out her phone and making a mysterious phone call. The call went to voicemail, allowing audiences to realise that she was attempting to get in touch with Felix.

She left him a voicemail, and he soon called her back.

‘You said it was an emergency’, said Felix, in his first on-screen appearance in over a month.

Celeste pleaded with him to return home, revealing that she knows all about how Walter manipulated him into leaving.

‘[Martine]’s throwing a barbecue tomorrow,’ she said. ‘Like the ones you used to have.

‘She is hanging by a thread and you’re the only one who can make her happy. This is your last chance to make it right, dad.’

Felix was left contemplating Celeste’s words, but will he do as she’s asked? Will he return for Martine’s special barbecue?