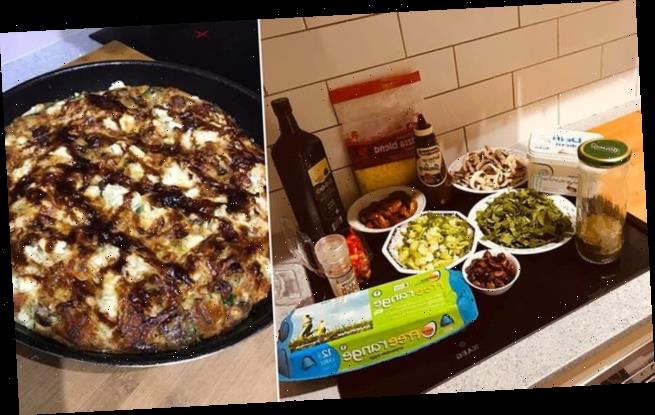 What should you make with all the leftovers in your fridge? Home cooks are now making PIZZA OMELETTES to use up their old wilting vegetables 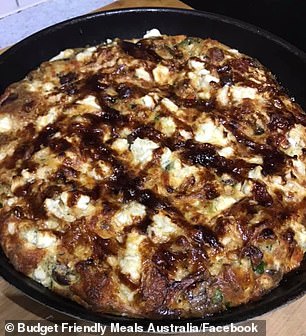 Creative home cooks are making ‘pizza omelettes’ with the old vegetables in their fridge to prevent food wastage – with surprisingly tasty results.

An Australian man recently shared a snap of his creation and said he used leftover vegetables such as tomatoes, mushrooms and cheese as toppings for the simple meal.

The method simply involves making an omelette as per usual and topping it with whatever vegetables and meat you have left in the back of the fridge and cheese before grilling it in the oven.

‘I do this when I have lots of things I need to get rid of. I call it a pizza omelette. Cook one side on the stove top and then finish it off under the grill till it’s cooked,’ he wrote on the Budget Friendly Meals Australia Facebook page.

Other foodies praised the home cook on sharing his simple idea and said they often did the same with whatever wilted leftovers they had in the fridge at the end of the week. 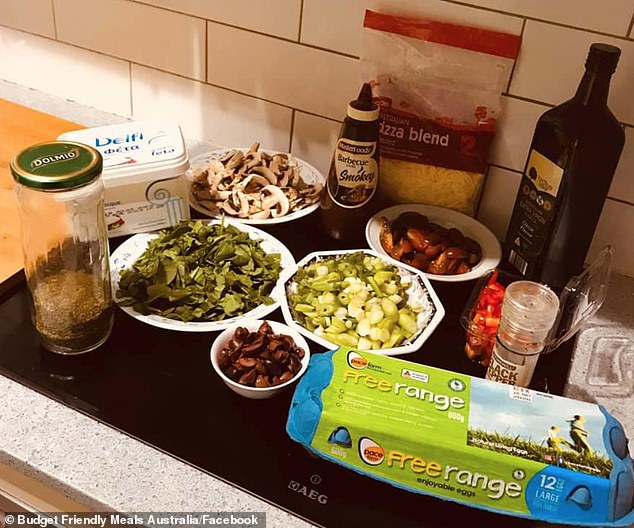 The home cook revealed he uses his leftover vegetables such as tomatoes, mushrooms and cheese, to create a pizza omelette 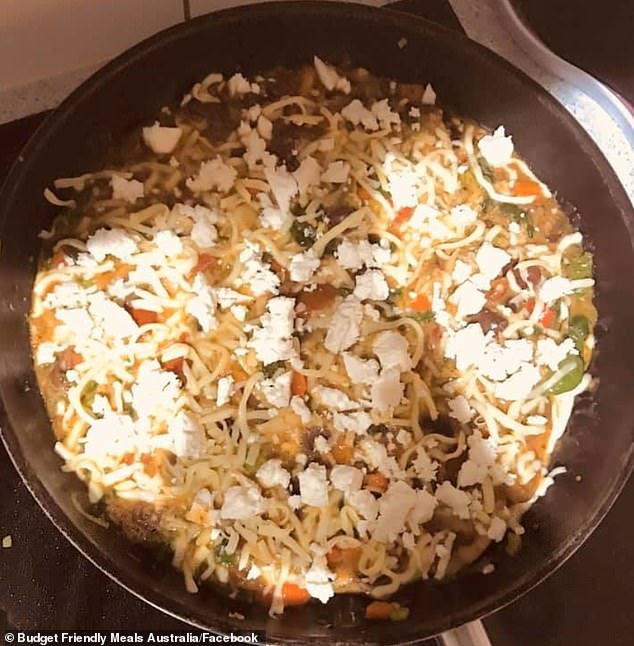 This comes after a savvy mother recently shared her little-known trick to keep food in the fridge fresher for longer.

The mum, who runs Facebook page The Prepped Mama, revealed she stores her jars upside down and it stops the food from rotting.

‘A great tip to stop food in jars from going mouldy once you open them is to store them upside down in the fridge. It seals them and stops them from going bad, which saves you time and money,’ the mum wrote on Facebook.

She said she ‘tips up all my jars’ and explained that ‘it’s such a great way to prevent waste’.

Senior Food Microbiology Consultant with CSIRO Agriculture and Food, Cathy Moir, said ‘storing jars upside down won’t necessarily keep your food fresher, all it will do is slow down the growth of those microorganisms’.

‘By turning the jar upside down, that surface where a mould may have landed when you opened the jar is now squashed against the lid without much air and it will find it more difficult to grow,’ she explained.

What will the upside-down trick work with?

She said the trick will work with thicker products ‘like tomato paste, pasta sauce and salsa’ but not necessarily with runny liquids.

Cathy also explained that it might ‘stop the moulds from visibly spoiling your tomato paste but it won’t stop things like yeasts and some bacteria from growing’.

‘Yeasts can grow with or without air and many produce carbon dioxide – that’s what makes bubbles in beer and sparkling wines,’ she said.

She added: ‘Commercially processed (usually cooked) foods in jars or cans are stable at room temperature until opening because they are sealed so microorganisms can’t get in. When we open them we are exposing the contents to the environment and all of the microbes that are on or around us.’

Cathy recommends minimising the time jars are left open on the bench with a lid on and also using a clean spoon every time as these will reduce the chance of microbes landing in your tomato paste.