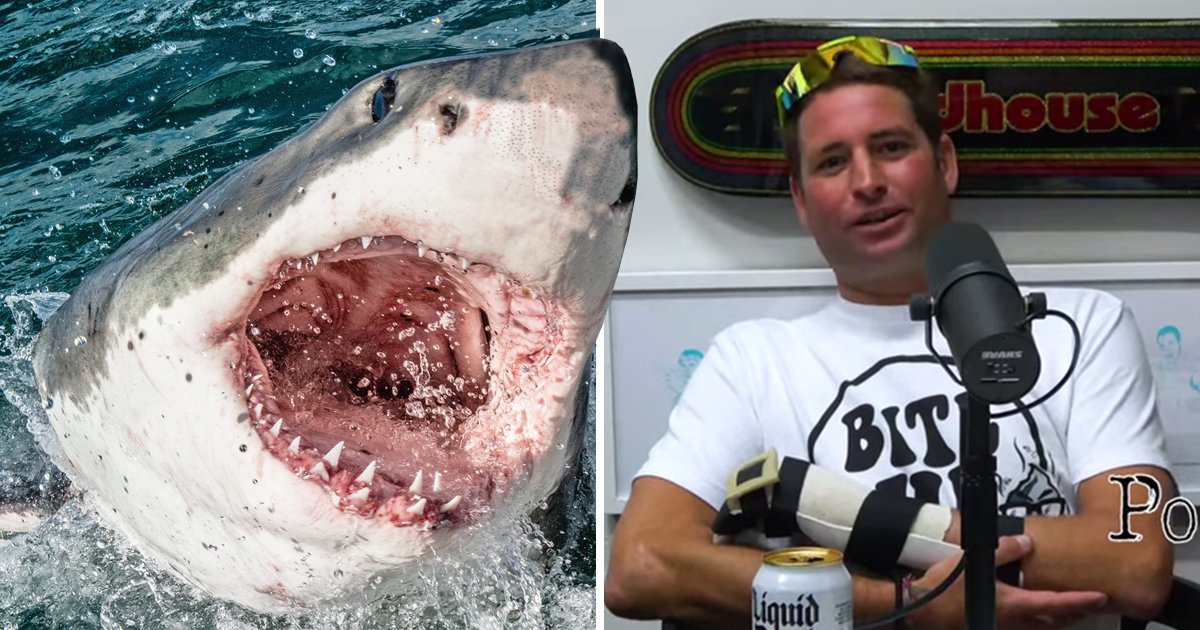 Horror has struck the Jackass crew after one of its stars Sean McInerney – aka Poopies – was bitten by a shark in a stunt that ended in a bloody disaster.

Ahead of Jackass 4, the reckless crew take centre stage in Discovery’s Shark Week airing on the channel from today (July 11), in The Jackass Shark Week special which sees the likes of Johnny Knoxville and Steve-O perform fist-in-mouth stunts with actual sharks.

It’s not really a surprise then something would go wrong. And it did.

In a stunt called ‘Jump The Shark’ inspired by a Happy Days episode when the Fonz water-skis up a ramp and over a shark, Poopies attempted to wakeboard over shark infested waters.

However, after launching off a ramp, he toppled off his board and straight into the water surrounded by sharks where his hand got bitten by one of the creatures.

As he got lifted onto a boat, his co-star Steve-O asked: ‘This was only one bite in one spot? And he’s not missing anything?’

Chris Pontius added: ‘It’s a reminder that yeah, like, we are pushing it pretty hard. And this could happen, of course.

Thankfully, Poopies was fine and admitted that while there’s every chance he would be confronted by the jaws of a shark, he didn’t really expect one to attack.

Regardless, he knows it was his bad.