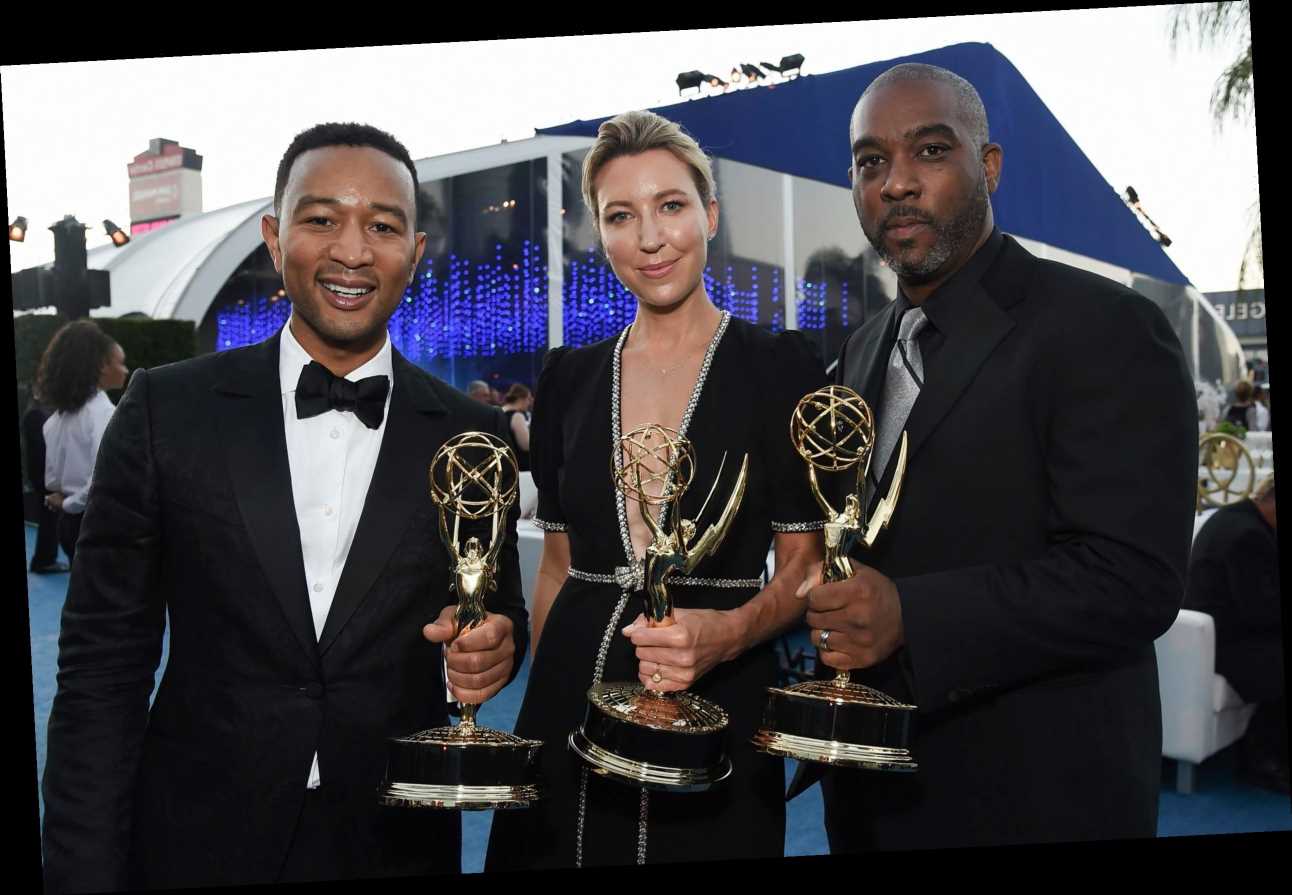 In the eight years since Get Lifted Film Co.’s start, the partnership launched by John Legend, Mike Jackson and Ty Stiklorius has grown to become an industry player. Launched in 2012, Get Lifted has delivered one thunderclap after another, from WGN America’s record-setting sensation “Underground,” to the Oscar winning “La La Land,” for which the company served as executive producer. On the stage, Get Lifted produced a 2017 Broadway production of August Wilson’s “Jitney,” for which its founders won the Tony Award for Best Revival of a Play.

The trio has built a successful and influential independent production house without much fanfare, and have largely avoided any vanity press. They have more recently started to discuss the company, and all three founders sat with IndieWire last month for a lengthy and candid conversation about the origins of the company and its vision for the future.

“Hollywood has changed over the years, for women and people of color, because it was hard when we started,” Jackson said. “’12 Years a Slave’ hadn’t won an Oscar. And so we would pitch projects like a black historic biopic for example, and executives would scoff. So it’s been revealing to have been there before, and then to now see so much more openness and interest in the kind of stories we wanted to tell, but couldn’t.”

For many, Get Lifted is principally known as Legend’s company, but the company’s aspirations go far beyond his own musical and acting ambitions. (Its catchphrase: “Smart, Elevated, Commercial.”) The company’s most groundbreaking project to date is “Underground.” A critical success that also broke viewership records for WGN America in its first season in 2016, the series was a bold, refreshing take on the slave narrative, unfolding more like a fast-paced action-drama, than anything TV audiences had seen before it. And it caught on quickly: Slave narratives weren’t quite the same again after that, with last year’s Harriet Tubman biopic, “Harriet,” taking a similar approach.

“That really represented who we are and the types of chance-taking stories we wanted to be at the forefront of,” said Jackson. The project was a real breakthrough for the company. “It was something that came to us already pretty much baked, but we ensured that our DNA was in the show.”

They also tout the critical success of their new sketch series “Sherman’s Showcase,” which premiered on IFC last fall to raves. Created by Bashir Salahuddin and Diallo Riddle, the series is hosted by Sherman McDaniel (Salahuddin) as he takes viewers through time via music and comedy drawn from the 40-year library of a legendary (but fictitious) musical variety show.

“It’s very smart, probably the best-reviewed thing I’ve ever been part of in my life,” said Legend. “There’s been this assumption that there isn’t an audience for intelligent black content, but we’re proving that it’s obviously not true.” The series will return with a one-hour “Black History Month Spectacular,” this summer, not in February.

Get Lifted’s latest offering, the Netflix hip-hop competition series “Rhythm + Flow,” was released in October 2019, also to raves.  In the series, which the company developed internally, hip hop artists Cardi B, Chance The Rapper, and Tip “T.I.” Harris critique and judge unsigned rappers, who are competing to win a $250,000 prize.

As usual, Netflix hasn’t released viewership data on the series, but its contestants have become stars virtually overnight, with the winner, a 34-year-old rapper named D Smoke, seeing his Instagram follower count skyrocket from around 7,000 to over 1.3 million in a matter weeks.

“Rhythm + Flow” is the first original music competition program for Netflix, which was the most sensible home for it, Legend said. “It was hard to try to make it at a regular network because of the language,” he said. “And there’s so many things that would sand off the edge of the show if it were sanitized, and hip hop needs edge. And we’re so happy to partner with Netflix because they allowed us to do exactly what we wanted to do.”

It’s a long way from when they first launched Get Lifted, and had to prove themselves. Some didn’t take them seriously: Legend’s celebrity was seen as a handicap, and they were treated like a vanity company. However, the founders that only made them more inclined to take risks.

“We had almost nothing to lose at that point,” Stiklorius said. “And so, looking back on those years when a lot of people were saying things like, ‘You’ll never make it in this town,’ it’s great that we’ve built a strong reputation for having great taste and great work ethic.”

As the company has grown, they haven’t lost that nerve — whether it’s with a wholly original program like an IFC sketch variety show that’s unlike anything before it, or NBC’s “Jesus Christ Superstar Live in Concert,” which Legend starred in.

A lot of people balked at that last one. “The three of us talked and decided, John being the black Jesus? We’ve got to do this,” Stiklorius said. “We exec produced it, and then we won the Emmy for it. But everything about how we live our lives, and what we’ve done to get to this point, is about going against the norm, doing the work and believing in ourselves.”

The three founders have been friends for many years. Stiklorius and Jackson grew up together in Philadelphia. Legend met Stiklorius in college, at the University of Pennsylvania, in the mid-1990s, where they sang in an a capella group. She would eventually introduce Legend to Jackson, who became the singer’s first manager, after graduating from Penn in 1999.

Legend’s music career took off when his debut studio album, “Get Lifted,” was released in 2004 by Columbia Records. Music eventually brought him into the world of film and television, and he never looked back, becoming increasingly more influential as his celebrity grew. Get Lifted Film Co. was born not long after that. They sold over two dozen shows almost immediately, but quickly realized that getting those projects on the air was a whole separate challenge.

“We would pitch and they would buy it in the room, and we were thinking, ‘This is easy’,” Stiklorius said. “The frustrating part was getting all the way to the finish line with any project. But we knew that we had really great ideas, because they were at least buying into them.”

Get Lifted landed its first overall deal from Universal about nine months after it launched, which kept the company afloat as its ambitions grew. It took another three to four years before its first TV show actually made it to series — “Underground,” in 2016 — and it was a big year for the company, which had a hit TV series and two feature film releases: the young Obama romance, “Southside with You,” and “La La Land.” Following its Sundance premiere, “Southside With You” was praised by critics, and was a mild box office hit; and “La La Land” received a record-tying 14 nominations at the 89th Academy Awards, winning in six categories.

More deals would come, including a multi-year overall production pact signed in early 2017 with independent studio Critical Content to create unscripted television and digital media content. A few months later, the company inked a first-look deal with Sony Pictures Television, and in 2019, signed a three-year overall deal with ABC Studios after a multiple-studio bidding war.

Now, Get Lifted is benefited from changes to the industry climate, from the rise of streamers to increased pressure to diversify. The founders said they have more outlets for their projects, but like anyone else, faced more competition than ever before. One advantage: Legend’s starpower and social media reach, which includes over 13 million followers on Twitter, and close to 12 million on Instagram.

The company has a lot in the pipeline, but the project they expressed particular enthusiasm for upcoming Netflix musical “Jingle Jangle,” written and directed by David E. Talbert. Get Lifted’s biggest and most expensive project to date, it stars Forest Whitaker and Madalen Mills in the story of a toymaker and his granddaughter who construct a magical invention which, if they can get it to work in time for the holidays, could change their lives forever. Jackson called it “black ‘Willy Wonka.’”

Talbert had been trying to get off the ground for nearly two decades when Netflix bought the pitch in 2017, and Get Lifted came onboard as producers the following year. “It’s amazing to be part of something that’s really this huge, with this budget, for original content by a black writer and director, with an all black cast, and black producers,” said Legend. (Netflix is targeting a fall release.)

So what does Get Lifted envision for the future? “World domination,” Jackson joked, but noted the company has developed an international footprint with unscripted shows like “Rhythm + Flow.” The team is are also having broader conversations about how to expand the brand, and the potential of owning their own distribution channels so they can operate on multiple platforms.

“We’re pretty ambitious and have smartly taken our time and built our business slowly and systematically,” Legend said. “Now we’re at that point where we can expand it globally, and really make a dent, without ever losing our identity and without compromise.”