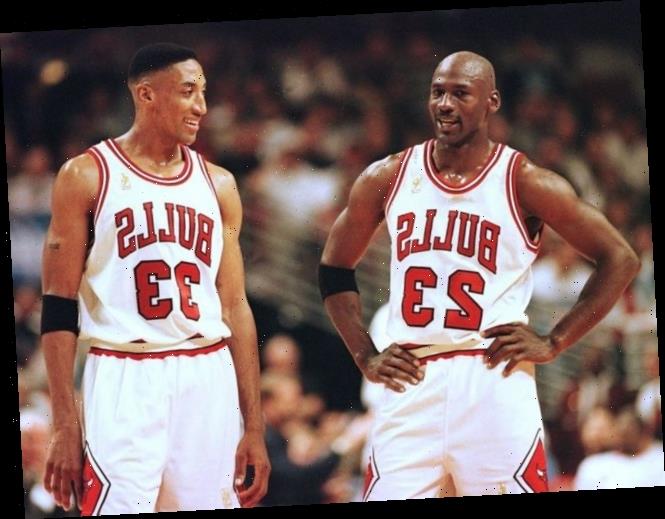 ESPN’s documentary The Last Dance has given fans a rare look into Michael Jordan’s life. The 10-part documentary features rare footage of Jordan during his 1997-98 championship run with the Chicago Bulls and an in-depth interview with the NBA legend. From his questionable behavior towards teammates to his gambling habits and intense competitive spirit, here is how The Last Dance shows fans the real Jordan.

Inside ‘The Last Dance’

The documentary was put together in collaboration with Jordan and several of his close friends, whose insight helped steer the narrative. While Jordan played a big part in the making of the series, director Jason Hehir revealed that the NBA legend never interfered in the creative process.

According to LA Times, Hehirexplained how Jordan was very candid in The Last Dance interviews andwas never afraid to discuss even the more controversial elements of his story.This includes talking about the rumors that there was rampant cocaine useamongst his teammates during his rookie season.

“From the moment I first sat down withMichael to discuss the project, he was surprisingly forthcoming, candid andeager to discuss a lot of the topics that I think people are going to beinterested in,” Hehir shared. “… He was all-in from Day 1. He was anactive participant.”

The Last Dance covers subjects well beyond the confines of Jordan’s behavior on the court. Apart from pushing his teammates to the brink, the series covers Jordan’s gambling habits, his various retirements, the death of his father, and his willingness to do whatever it took to win.

This includes verbally attacking his ownteammates in practice in a bid to get them ready for what was going to beanother arduous playoff run.

Was Jordan a bully?

One of the more controversial elements of The Last Dance is Jordan’s interactions with his teammates. The documentary shows Jordan getting into some intense verbal spats with his teammate, Scott Burrell, who joined the Bulls in the 1997 season.

Although Jordan seemingly had it out forBurrell, he does not want anyone to think badly about his former teammate. Infact, Burrell revealed in The Last Dance that Jordan’s antics weredriven by his desire to win and not by anything personal.

“I mean, I don’t want people to think he’s abully. That he’sa mean guy,” Burrell stated. “He’s just driven to win. Andthere are no free rides, and I did not expect a free ride in Chicago.”

By his own admission, Jordan criticized Burrell’s game on the court and poked fun at his partying ways during team plane rides. At one point, he even compared him to the team’s resident bad guy, Dennis Rodman.

While some fans might walk away thinking thatJordan is a bully, Burrell went on to share his thoughts on what it was likejoining a team that was destined for another championship.

In his interview, Burrell admitted that he was very nervous about playing alongside Jordan, Rodman, and Scottie Pippen. Everyone in the league considered them the team to beat, and Burrell did not want to be “the guy that messes it up.”

The pressure to win was enormous for Burrelland the Bulls, and The Last Dance captures the stress that Jordan had todeal with on a daily basis. While it wasn’t always easy for Jordan, Hehirbelieves watching his struggles proves that he is “a human being.”

“From 35,000 feet, it’s easy.From 20 years later, it’seasy to see these teams as so dominant that it became simple for them towin,” Hehir explained. “They won six out of eight years. … Death,taxes and the Chicago Bulls are going to be in the Finals. I think what fanswill see over the course of 10 hours of this program is that it was never easy,never simple.”

What makes the documentary even more impressive is the unlimited access filmmakers were able to secure with the Bulls. And it was all made possible by the future commissioner of the league, Adam Silver, who was the head honcho of NBA Entertainment in 1997.

How did cameras get an inside look at Jordan’s life?

A producer with NBA Entertainment, Andy Thompson,was the one who originally pitched the idea to Silver and Gregg Winik, who wasan executive at the time. Thompson had heard rumors that Jordan was going toretire again and thought it was prudent to get some behind-the-scenes footageof his final season.

Silver, who believed in expanding the vision of NBA Entertainment, took the idea to the owner of the Bulls, Jerry Reinsdorf. Reinsdorf liked the idea of filming the entire season and agreed to approve it if Jordan and the Bull’s coach, Phil Jackson, were also okay with it.

“The coach, at the end of the day,controls the locker room,” Silver revealed. “So we needed Phil’scooperation.”

The first episode of The Last Danceactually shows Silver and Jackson’s meeting. Fortunately, Jackson understoodthe importance of the project and immediately offered his approval.

Jordan, of course, also played a big role inthe success of the documentary. Along with the footage, Jordan sat down andreflected on his playing days over the course of several interviews. Theseinterviews offer fans a rare perspective on Jordan’s career and reveal what itwas really like being the star of the NBA.

New episodes of The Last Dance premiereSundays on ESPN.