How Warsaw Jews fought back: My hero cousin sacrificed himself to stop the Nazis 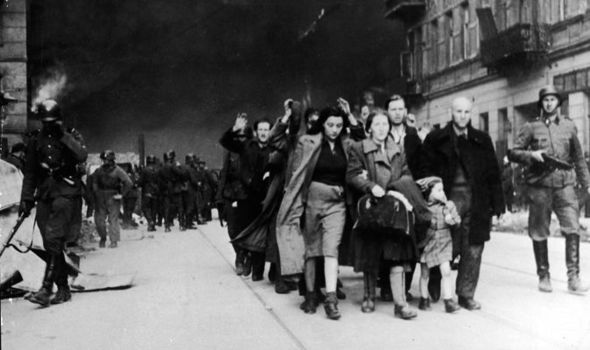 The troops rounded up a thousand Jewish inhabitants before marching them to the Umschlagplatz, the notorious station in the north of the ghetto from where they would be transported to the Treblinka death camp. No one was in any doubt this march would end with their deaths. Over seven weeks in the summer of 1942 no fewer than 265,000 Jews had been deported this way. Virtually every prisoner was murdered within a couple of hours of arriving at Treblinka. The 60,000 Jews remaining in the ghetto knew it was only a matter of time before the deportations resumed.

But something was different that Monday morning in Warsaw. As the group approached the station, members of the newly formed Jewish Fighting Organisation ambushed the Germans. A number of resistance fighters were killed but most of the deportees escaped.

The group’s leader Mordechai Anielewicz was nearly captured before he was rescued by a young fighter known by his nom de guerre – Koza.

In an extraordinary act of courage, Koza rescued his leader, killing two Germans with homemade grenades and two more in subsequent fighting.

This action marked the start of the Warsaw Ghetto Uprising.

It is likely Koza was the first fighter to kill German troops in the 1943 resistance. But this early engagement was just a precursor to the full uprising, which is generally held to have been on April 19, 1943.

As an author of best-selling espionage novels set in the Second World War, I aim to remain detached from the factual settings of my books, but I recently discovered this dramatic story turned out to have a deeply moving personal connection.

Research revealed Koza’s grandmother and my great-grandfather were brother and sister. He is my second cousin, once removed. 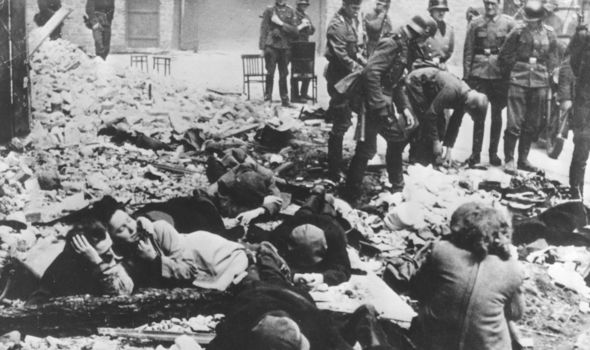 The Warsaw Ghetto Uprising did not alter the course of the Second World War and tends to be overshadowed by – and even confused with – the Warsaw Uprising a year later.

The Warsaw Ghetto was the largest of the 800 the Nazis established across Europe. By November 1940 half a million Jews were crammed into it. By the time deportations began in 1942, some 90,000 of the ghetto’s inhabitants had already died: some from starvation, some from illness (typhus was rampant), others killed by the Nazis.

All told, 850,000 Jews perished in the Nazi ghettos, each one as much a victim of the Holocaust as the 3.5 million murdered in the camps or the 1.5 million killed by death squads.

The Jewish Fighting Organisation – the ZOB – never had more than 1,000 fighters and was poorly armed.

A few weapons were purchased from the Polish resistance, some stolen from the Germans, others made in workshops in the ghetto.

Koza’s story would be typical of ZOB ghetto fighters: young, Left-wing, not religious, but determined to resist the Germans, even if that meant dying.

Yitzhak Suknik – Koza’s real name – was born in Warsaw in 1920. He studied metal work before joining the Polish army for his national service. He excelled as a marksman and reached the rank of sergeant. The personal impact of the Nazi occupation was devastating for young Yitzhak: by late 1941 his parents and two brothers were dead. 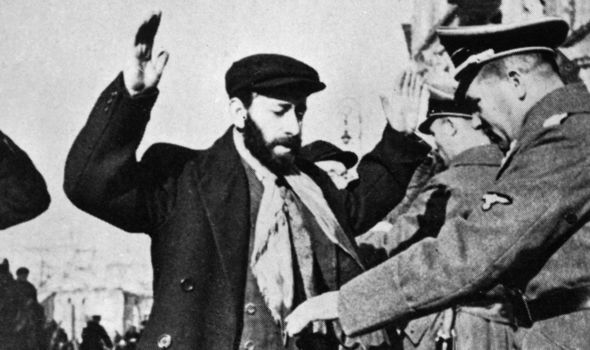 It is no surprise Koza joined the ZOB. His military experience meant he was one of a few fighters with experience of weapons and he helped train others. His metal work skills were also put to good use’ in the clandestine workshops where the ZOB made their own grenades and small arms.

Remarkably, this ambush in January led to a three-month delay in deportations, allowing The Jewish Fighting Organisation – (along with the far smaller ZZW) to regroup.

The date for clearing the ghetto – chosen by Himmler, head of the SS – was April 19, the day before Hitler’s birthday. But if it was meant to be a surprise for the Fuhrer, the outcome was a deep shock.

Some 2,000 SS and German troops moved into the ghetto before dawn along with tanks and artillery. The few hundred Jewish fighters put up such strong resistance that the Germans withdrew after sustaining casualties, including the loss of tanks.

The next day saw the same pattern. By the third day, the Germans were forced to change tactics. The strategy was now to burn the ghetto down, hoping to kill the fighters where they hid or force them out into the open.

In the event, an ever-diminishing band of fighters held against a fully equipped army. What had been envisaged as an apparently straightforward operation to clear the ghetto in a day or two lasted a month.

But what of Koza? The Jewish Fighting Organisation – was made up of different socialist groups and on May 1 an action was planned to mark May Day. Wearing stolen German uniforms, they ambushed a group of German soldiers. An eyewitness to the attack later wrote: “Koza sent a burst of fire at the Germans, felling three.”

However, the Uprising was always doomed and, by now, most of the remaining fighters had been forced into bunkers deep under the ruins.

It was from one of these that Koza started out on his final journey.

We have an account of that journey thanks to a book published in 1990 by Hela Schupper, the one person in his group to survive. She and Koza were part of a party of 11 that set out from the command bunker of The Jewish Fighting Organisation – t18 Mila Street on the night of May 7.

Their instructions were to escape through the sewers and beyond the ghetto. It was a lengthy, hazardous journey, crawling among the ruins and through the complex sewer network, while trying to evade the Germans.

They eventually reached what they hoped was the exit into Bialinska Street, their destination. Instead, they emerged into Miodowa Street – and into the arms of a Polish police patrol.

According to Schupper, “a German who noticed the commotion, unusual for such an early hour, started shouting, ‘Halt! Halt!’ I heard gunshots. Koza, one of our best shooters, ran towards the German. As he was shooting the others dispersed. I ran as well.”

Thanks to Koza she alone survived.

Koza had made the ultimate sacrifice to help save others. The few hundred fighters remaining in the ghetto held out until May 16, 1943. Incredibly, 40,000 people were still alive, the vast majority of whom were either killed or sent to their deaths.

• End Of Spies, out now, Canelo