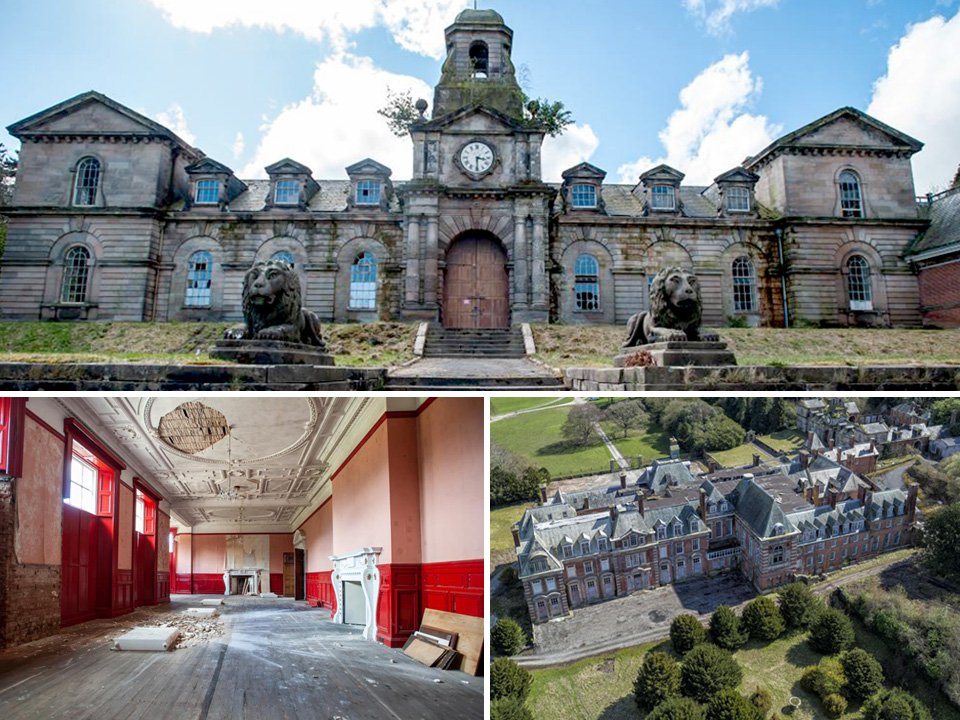 Kinmel Hall, aka the ‘Versailles of Wales’, has been sold to a mystery buyer at auction for just £950,000.

The exceedingly grand (if a bit run down) mansion is set in 18 acres of walled gardens, has over 200 rooms, and was once visited by Queen Victoria.

The estate, which is located near Abergele, in Conwy, North Wales, is 500ft long and has been sat empty for 20 years after plans to turn it into a hotel fell through.

Campaigners asked the council to take action to restore the mansion, fearing it would soon be beyond salvaging.

The Grade I listed building was sold at an online auction held by Auctioneers Allsops where three bidders threw their hats into the ring to buy it.

It was previously bought for £1.45m in 2011 by Acer Properties Limited – a firm registered in the British Virgin Islands.

However, plans to turn Kinmel Hall into a hotel were never seen through, with campaigners saying the property was ‘left to rot.’

The current building dates from the 1870s and was built by the Hughes family using money earned through copper mining on Anglesey.

The hall was originally built as a calendar house with 365 windows, 122 rooms and 12 entrances.

Kinmel Hall was used as a private residence until 1929, before it was converted into a ‘rheuma spa’.

It was then used as a hospital during WW2, and was turned into Clarendon School for girls after the war before a fire in 1975 forced them to move.

It was restored and used as a Christian conference centre for a little while, but has since been left empty.