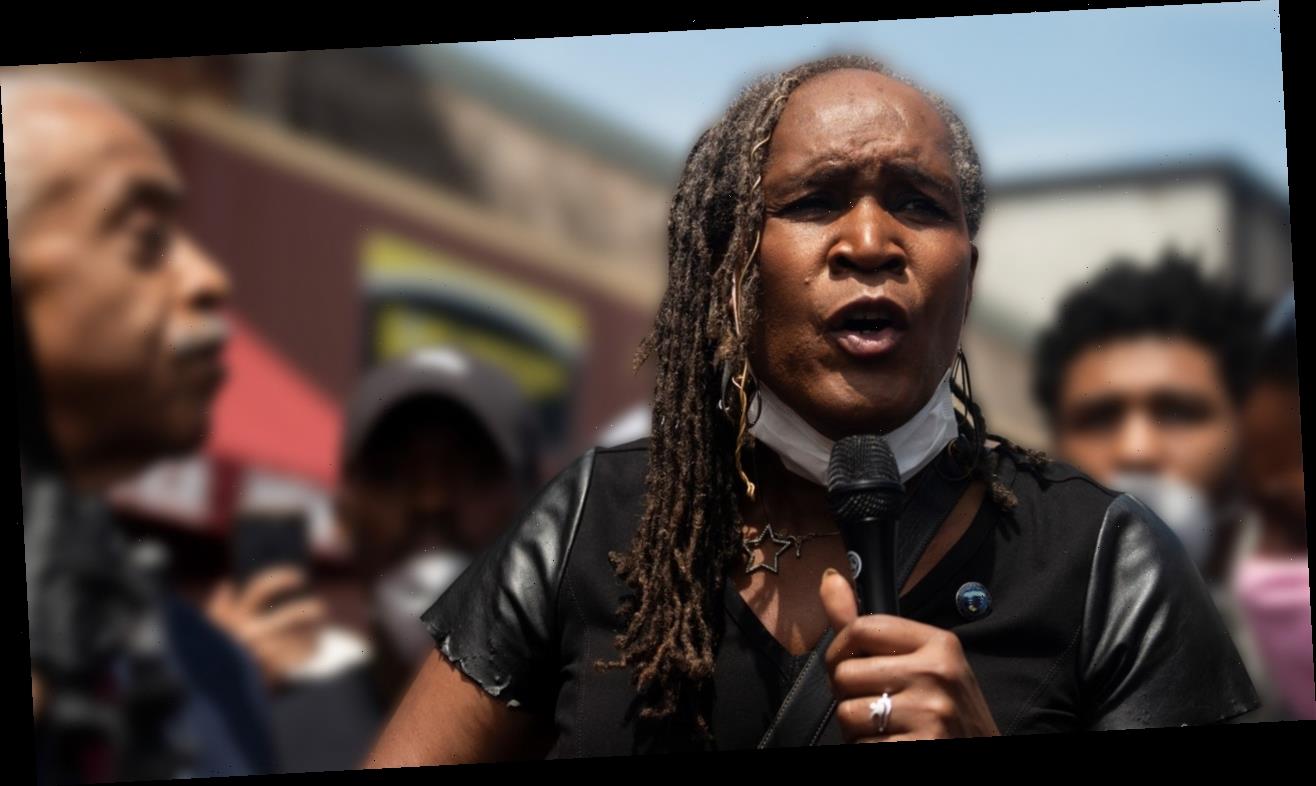 Andrea Jenkins is the vice president of Minneapolis City Council for Ward Eight. After a long career in public service, she made history in 2017, when she became the first openly transgender black woman to be elected to public office. This is her message from the ground in Minneapolis, where protests have raged since George Floyd was killed on May 25. Here, she tells Glamour how she hopes to move forward—and make lasting change.

It’s been a week since George Floyd was murdered. Over the past seven days in Minneapolis, I’ve witnessed chaos and pain, prayer and pleas, anger and grief, and organized demands for systemic change. I’m exhausted. I feel emotionally drained. But as an elected official, a community member, and a black trans woman, I am determined to seek justice for George Floyd and for all the people who have been harmed by state violence. Justice for Breonna Taylor. Justice for Ahmaud Arbery. I’m in pursuit of justice.

This is an emergency. I’m not talking about the coronavirus. I’m talking about racism. As all the universities in the world scramble to try to find a cure for the coronavirus, that same level of concern and action is needed to rid our society of the virus that is racism. I am calling for a declaration of a state of emergency for black people. Racism is a public health crisis.

On paper, Minneapolis has one of the worst documented financial disparities between black and white residents. But I travel all around the United States, and I don’t think there is any place in this country that is less racist. Being black in Minneapolis and everywhere else means that you are constantly fighting racism. It means that when you are driving in your car and you see police lights flashing, your heart races. Even if you know that you have all your proper documentation, you turned on your turn signals, and you’ve done everything right, you still enter fight-or-flight mode. It is frightening. It’s exhausting.

I’ve worked in public service for over 25 years. In 2018 I became the first openly transgender black American elected to public office. I’m very, very happy to be in this position. But to be honest, sometimes I wish I were serving burgers at McDonald's. When I was running for office, I used to joke that we were “going to hell on a burning bus.” It was a metaphor. Now we’re literally going to hell on a burning bus. But I’ve always stated that if I have to take that ride, I want to be the driver. And so that’s what I’m doing and that’s where I am.

As a black person in America, you think about your race every day—and not because you are racist, just because every day there are microaggressions that force you to think about your identity, which is something that I suspect most white people don’t have to do.

Right now my community is being occupied by military forces—we have the largest deployment of the National Guard in our state’s history, combined with county sheriffs, with university police, metropolitan transit police, and our own Minneapolis police department. We’re hearing reports of white nationalists that have infiltrated our communities and infiltrated the protesters. Yet, on the other hand, at the site where the George Floyd murder occurred, there is this beautiful outpouring of community support—there have been murals that have been erected, people are out there 24 hours a day since it happened, mourning with the family and talking as a community. They come to pay their respects, but they are all deeply concerned about justice.

The thing that I will say about this situation—four officers were fired the very next day. That never happens. In fact, it took five years for the officer who murdered Eric Garner to be arrested. Within three days, the main perpetrator in this incident was charged. But I know for a fact that people are calling for significant systemic change. And those actions are victories in terms of organizing and protesting. However, they are not systemic changes.

We need to shift the paradigm on how we police our communities, putting more resources and responsibilities into the hands of our residents. Right now it’s like the police are an island, and they view the community as enemy combatants. That cannot be the operation as we move forward from this national crisis. Right now all of our attention is really on the most privileged in our culture and society. Change would look like overhauling the way we fund our schools. Education is funded on property taxes, so if you live in a low-income community, guess what? You are going to have undersupported schools. If you live in wealthy suburban communities, you have outstanding school districts!

Systemic change would look like making sure that every dollar that we spend—whether as the state, the county, or the federal government—that it has an equity framework that is intended to help the most marginalized people.

I want to end with a message for black women: Figure out a self-care plan. Please nourish your own bodies. Breathe. Be in network and communication with your friends and your family. Set up pods, within the restrictions of the coronavirus, that you can use for support.

I know people are really distrustful of the government, and I think rightfully so, but we have to stay engaged. America is an experiment. We are continuously trying to figure out how to be Americans. And we have to stay engaged in the process. We have to continue to lift up democracy. Black women have been doing that since the beginning of this country, and I pray that that we have the strength to continue.