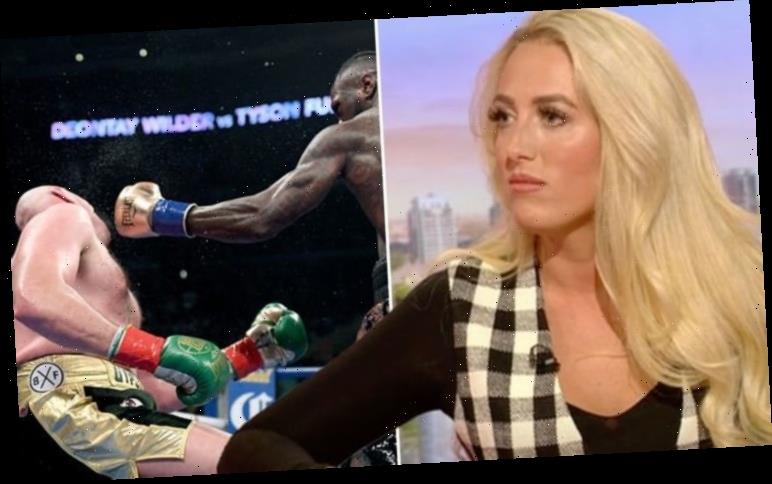 Tyson and Paris Fury will provide a rare insight into their family lives tonight thanks to ITV documentary Tyson Fury: The Gypsy King. Ahead of the premiere, Paris took to the BBC Breakfast sofa to speak with Naga and Charlie about the show as well as detail what life is like being married to the former world champion.

Tyson and Deontay’s first bout ended in a controversial draw back in 2018, with fans around the globe feeling Tyson had done enough to secure victory.

However, Deontay’s resistance was enough to land a draw and there was one punch in particular which stood out from the fight after it left Tyson lifeless in the ring.

Tyson recovered to finish the match-up but the punch and subsequent scenes live long in the memory of his wife Paris. 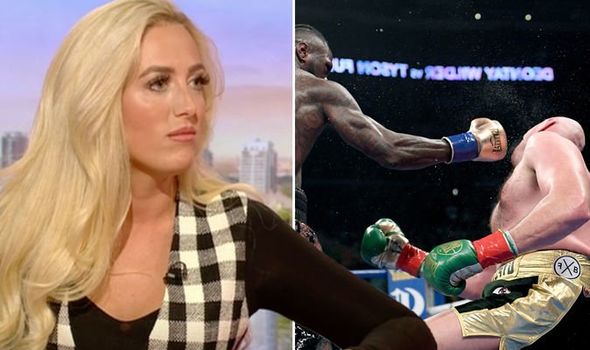 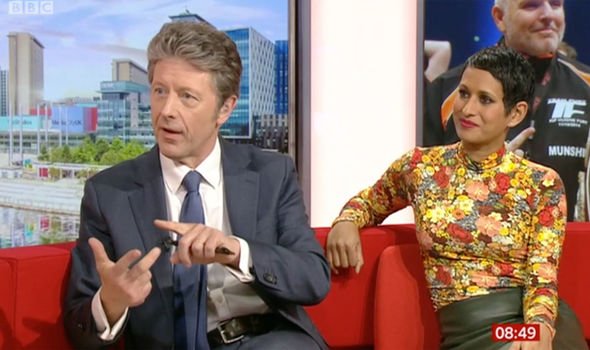 Charlie raised the topic on BBC Breakfast saying: “We were showing a couple of images there and I think those were from the last Deontay Wilder fight which was a draw…”

Tyson’s wife, while looking over the images from the bout, confirmed: “Yes, it was.”

The TV Presenter continued: “But during that fight, anyone who saw it maybe people who have seen it since, there was a punch thrown by Deontay Wilder that left Tyson out on the floor,

“Even the commentators were saying ‘it’s over, he’s out’. Now, you’re his wife…” 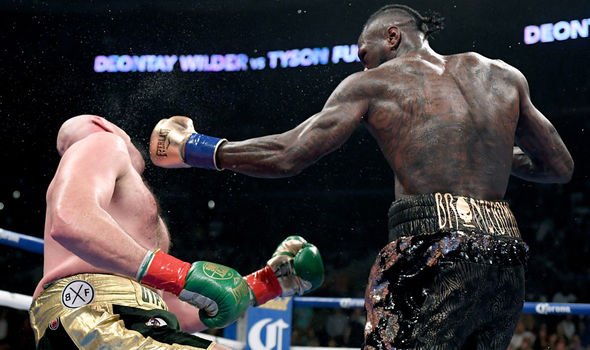 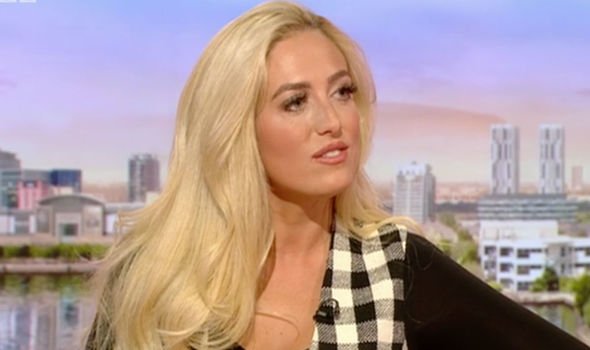 Paris interjected and revealed: “It was the scariest time of my life.

“I’m literally right at the side of the ring. From me to you. Maybe 10 foot.”

Charlie then asked her: “He’s a huge man, so you, do you feel him fall?”

Tyson’s wife then revealed: “I was actually heavily pregnant at the time, I was seven months pregnant and I flew over to watch him because I always go I always support him.

“There was a barrier (and) I actually thought he wasn’t getting up and I tried to climb the barrier and I couldn’t.

“So I pushed his brother over the barrier and I said ‘go to him, he’s not getting up,’ because obviously you have 10 seconds, and 10 seconds is a lifetime.”

The BBC Breakfast host was taken aback by Paris’ words, probing her on how harrowing the ordeal must’ve been.

He asked: “When you say not getting up? There’s a real risk. Deontay Wilder is known as the fiercest puncher in boxing when you say you think it’s over…”

Paris replied: “I mean that he could’ve been laid there for a while.

“Obviously the dangers in boxing as a sport is real. It’s not game, it’s a brutal sport and someone can really get hurt,

“So obviously it is a worry and when I saw him getting up I still was frightened to death but he started swinging back and he took the round again and he started winning against him.”

Fans will be able to see more into the lives of Paris and Tyson tonight from 9pm on ITV.

BBC Breakfast continues every weekday at 6am on ITV.