I was followed home – now I'm nervous about going outside 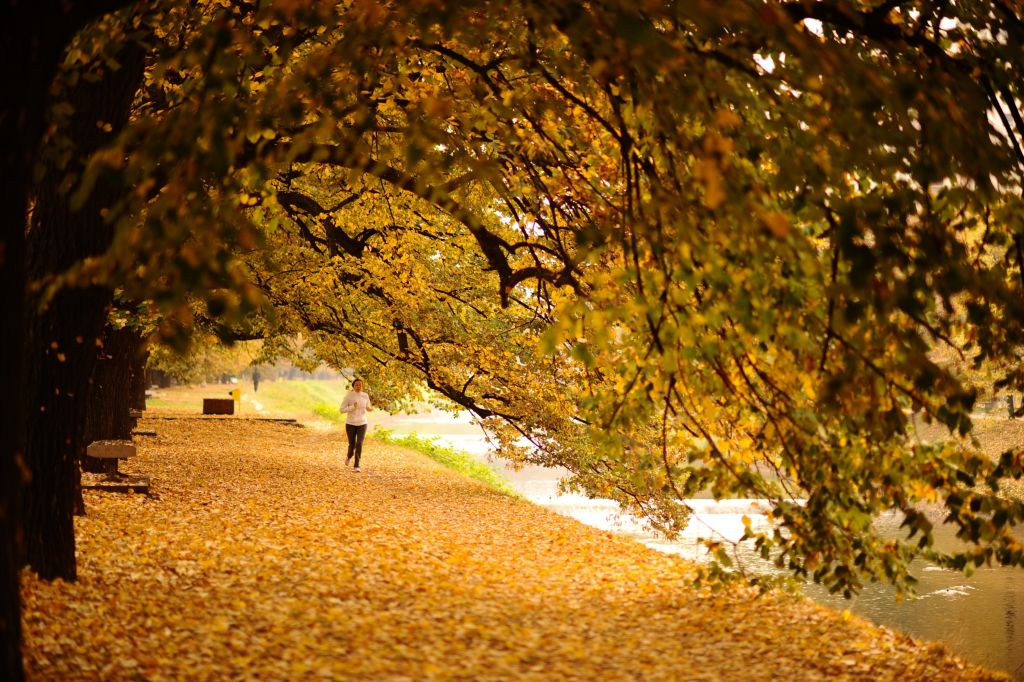 As I was walking home from work around midnight in late 2019, I realised the man behind me was following me.

I kept changing directions in the hope of shaking him; I pretended to be on the phone and loudly confirmed I was ‘just around the corner’; I even sped up and then he matched my speed.

I ended up running home, slamming the door and turning all the lights in the house on.

It was a scary experience that has stayed with me ever since; months after, I was still glancing over my shoulder when walking down the street – even in daylight.

So when lockdown came and it was announced that gyms would be closing, I winced realising that my only option for exercise would be to take things outdoors.

I started Couch to 5k and every other day I would go for a run alone but the memory of being followed was still on my mind.

I have to preface that I hate running. Motivating myself to go outside in the cold to run until I can’t breathe was already hard. But now I was also planning my route, dressing to cover my skin and wondering whether headphones would make me vulnerable.

Even though I shouldn’t have had to take these precautions, I did – and they didn’t seem to stop the harassment one iota.

On my second day of Couch to 5k a man yelled to me from his car as he drove past. ‘Why are you running away from me, love?’ he joked. I didn’t find it very funny.

Two weeks later, a car with two men in it slowed down alongside me while I was jogging on a main road. Eyes straight ahead I ignored their laughing and their calls to get my attention.

It was only two incidents but it was enough to frighten me. I became more hesitant to go out. I changed my route but I still felt put off.

I knew that these men thought their shouts were harmless fun and they probably wouldn’t dream of hurting anyone. But they don’t realise that women always assume the worst.

A combination of winter evenings, bad weather and paranoia has turned me off running completely

A staggering 63% of UK women feel unsafe walking alone after dark. We turn a blind eye to catcalling, debating whether it ‘counts’ as sexual harassment.

Dressing up catcalls as ‘compliments’ normalises this kind of behaviour and in the meantime, women have to learn to second guess their every move.

I have been wary of catcalling since I was 14 and it has always made me feel targeted on the street. But I was not aware of how it could escalate until it went beyond that and I was alone at night being followed by a grown man.

Street harassment is not an offence and there is no consequence to shouting unwanted ‘compliments’ in the street. Plan International UK are trying to change that. Their ‘Crime not Compliment’ campaign aims to change the law on public sexual harassment.

Incidents of street harassment have increased since the pandemic. Polling by Plan International and Our Streets Now found that one in five women and girls aged 14-21 experienced street harassment during the first lockdown. Anything from experiencing catcalling to being followed, groped, flashed or upskirted. This has increased to 51% since June 2020.

The third lockdown brings even more challenges for women wanting to exercise outside, with the sun setting earlier. A dark evening can be intimidating for women like myself who have experienced feeling unsafe in public.

A combination of winter evenings, bad weather and paranoia has turned me off running completely. At least until summer returns and even then, I will remain cautious.

Making street harassment illegal wouldn’t eradicate the problem entirely but it would lessen it.

The criminalisation of street harassment in France in 2018 saw 450 fines handed out for offenders in the first eight months since it came into effect. In 2019, France’s equality minister Marlène Schiappa said the initiative was working and it would ‘grow in its power’. Something like this could work in the UK too.

Women sadly expect harassment and we might always look over our shoulder but solidarity makes a difference. Only 11% of women have experienced the intervening support of a stranger when being harassed.

Anyone witnessing street harassment could help by interrupting – this could be pretending to know the victim or simply making eye contact. If the bystander is male that can be even more helpful. Nobody should feel alone in public.

A lot of men don’t realise the fear that their behaviour can cause and that is an issue. If harassment was outlawed, I hope that more of them would think twice.

The closure of gyms has highlighted a disparity between men and women.

It is not Covid-19 restrictions that limit women but their fear of harassment or worse. The only way this will stop is if there are consequences for men who threaten our safety on the streets.

I try not to let fear rule when I leave my house now – I just wish I didn’t have to think about the possibility of not returning home safely.