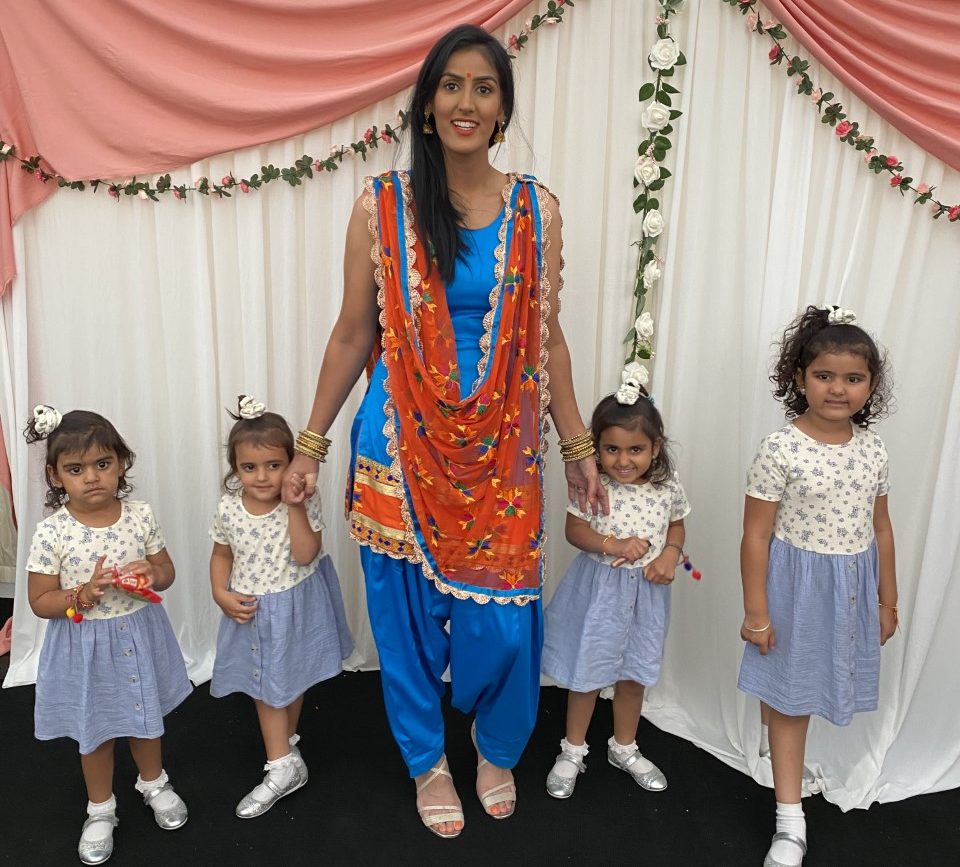 I already had two girls and the pressure to have a boy was mounting.

As a South Asian child growing up in Wolverhampton, I’d constantly hear my grandma place the same demands on my mum. And she wasn’t the only one.

‘I hope God blesses you with a boy,’ I’d hear people from our community chorus. Mum’s eyes would inevitably fill.

When she gave birth to a fourth girl – my youngest sister – my dad was clearly upset and the pair found it hard to tell the rest of the family. When they did, and everyone came round to visit, there were no celebrations of heralding another healthy child into the family. Instead, the mood was sombre.

At such a young age, I felt inadequate but I couldn’t understand why.

It was the same at other friends’ houses. When a boy was born, there were parties and Indian sweets were given out. But when a girl arrived, everyone remained silent. I couldn’t figure it out.

There were other differences, too. As a child, when my male cousins came over, we were expected to give them a seat and run around after them. For a long time, I actually thought women were inferior, because women did everything – all the housework and chores.

My dad would make sure me and my four sisters didn’t walk into the Gurdwara – the Sikh temple – together and didn’t sit together so people didn’t immediately know he had four daughters.

My mum would never make us feel this way and was proud of us all but, as a woman, it was hard for her too.

I am married to a wonderful man, who is caring and supportive, who helps with the cooking and cleaning.

When we decided to have children and had our two girls, he told me not to care what other people thought and got on with doing his share of the nappy changing.

Still, when I fell pregnant for the third time, I couldn’t help but let the pressure get to me, and I paid for a gender scan. When I found out I was carrying twin girls, I couldn’t tell anyone until I was six months pregnant.

My mum and sisters were delighted but my dad burst into tears. I’d never see him cry before.

‘I feel sorry for you,’ he explained. ‘You will be under a lot of stress and it’s a burden on my family.’

I thought about his words and I finally realised what having a girl meant to him. My parents have both grown up, having it instilled in them that while boys brought things into the family, girls took things away and then left to get married.

This is such an old tradition and times have changed – but the mentality hasn’t.

I’ve even heard about women whose partners divorced them after having three girls. That is how big the stigma around having daughters still is.

Even now, I know if I had four boys, everyone would be so happy but I just don’t get the same feeling for my four beloved girls. People still tell us how sorry they are for us.

When the twin girls arrived, there was initial awkwardness. People didn’t know whether to congratulate or express their sorrow for me. However, I am so proud and so happy and my love for them is clear. My parents absolutely adore the girls too.

But people feeling sorry for my four girls leaves me broken.

Despite all logic, I’m left feeling like I’m not giving your husband what he wants –even though my husband repeatedly tells me to never concern myself with what others say.

Having strong people around you helps. If it wasn’t for my husband, I wouldn’t have been able to cope. We need the husbands and men to speak up and show they are proud of having girls.

Together, my husband and I are trying to change views like this. We’re raising our girls to be strong and independent – and to be treated equally.

Although they are all still very young, we tell them everyday how proud we are of them, how lucky they are to have each other and most importantly, that they can be and achieve anything they put their mind to in life.

We dress our girls the same because I want them to be proud of being sisters and we make them feel proud to be who they are. I’ve even set up an Instagram page, called ‘Blessed with girls’ because that’s how I feel. Blessed.

We’re using our voices to make a change.

For too long, the South Asian community has felt it is OK to make those families who have had girls feel the pressure to have boys.

We need to stop going along with this behaviour. All children, whether boy or girl, are a gift.

As told to Minreet Kaur.