Ian Brown sparks backlash for karaoke performance without a band

Ian Brown, 59, made his way through a series of hits with no band alongside him – and many viewers were unimpressed. Posting video footage of his voice appearing to wobble off-key, even people describing themselves as “life-long fans” of the Stone Roses singer condemned his performance.

“I’m a life long fan but it was bad. #ianbrown does karaoke and butchers his own tunes.

“Most were too p****d to care but I had to get out after this one. Longsight M13 was a highlight,” he added. 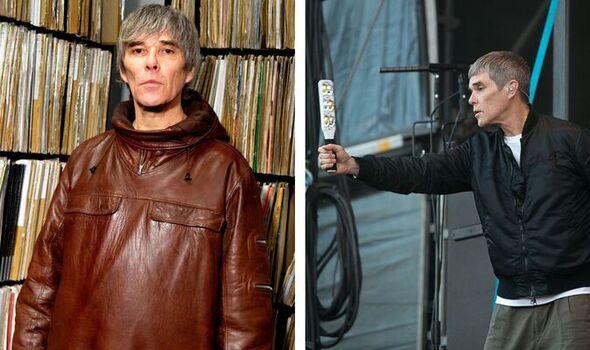 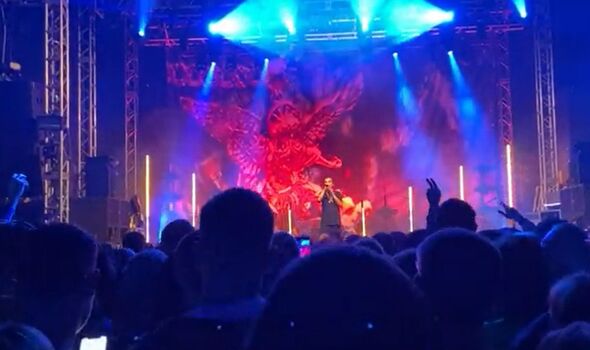 The following day, he returned to Twitter to admit that he felt slightly guilty about publicly savaging his once adored musical idol.

“Feel a bit bad about this now, I was just so disappointed,” he explained.

Controversially declaring, “We all know Ian can’t sing”, he added: “There’s always a band to bring it together [though].

“Some onstage chemistry, the drummer’s energy, the guitarist’s musicianship. I think if there’s no band you should tell people up front.” 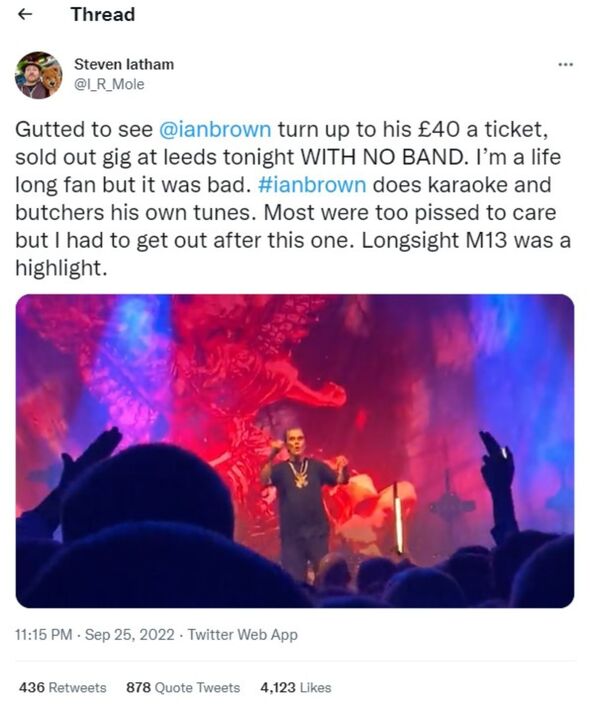 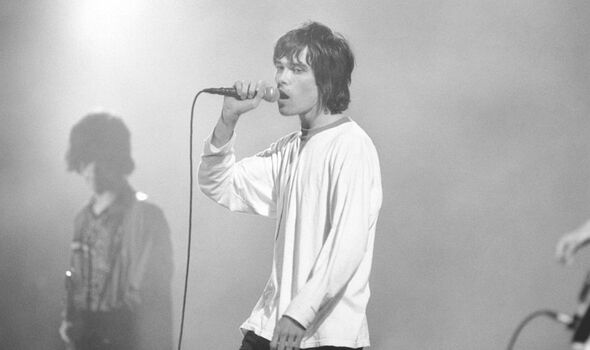 @jasonmansell73 wholeheartedly agreed, posting his own footage and exclaiming indignantly: “£40 to see a karaoke act!”

@Up4Hours added in horror: “Why on earth would he decide that no band was a good idea?”

@BarelyAwakeLion believed it was no secret that Ian Brown wasn’t the most skilled vocalist, but that he had gone downhill further since.

“He’s not Ian Brown anymore. He’s lost himself. Fans accept Ian is the worst singer in [the] music business, yet love his cool hushed vocals, but they also expect a band not a backing track,” he mused.

The disappointed tweeter then delivered a jibe, telling him: “You were in The Roses man, not Karajokey!”

However, @claire_wraith called out the comments about the lack of a band, defending: “It’s Ian Brown solo artist – the clue’s in the title! Thought he was brilliant.”

Meanwhile, @CatherineHSmith was left perplexed by the contradictory messages, admitting: “I’m going to see him tomorrow night for the first time and I really don’t know what to make of this at all. It’s not what I expected!!”

Some fans had even walked out of his highly anticipated Leeds 02 Academy show after he failed to live up to expectations.

They complained that the “auto-tune” on his microphone had lasted for just three songs, and that their patience hadn’t extended much beyond that.

The footage that has left loyal fans crushed was shared thousands of times in the aftermath of the show.

Ian had been the lead singer in alt rock group The Stone Roses since the band’s formation back in 1983, before leaving to pursue a solo career 13 years afterwards.

Despite returning in 2011, it is his solo material that has gained the attention recently, including the controversial song ‘Little Seed Big Tree’, which was removed from Spotify after a spokesman said it contained “misleading content about Covid 19”.