State insurer icare for six years knowingly underpaid NSW workers who had deadly dust diseases and faces an outstanding liability of more than $93 million to rectify past and future claims.

An audit by the NSW Auditor-General of icare’s financial statements shows more than 1300 workers with diseases such as mesothelioma and silicosis have been underpaid $39.3 million because of decades-old payment errors. 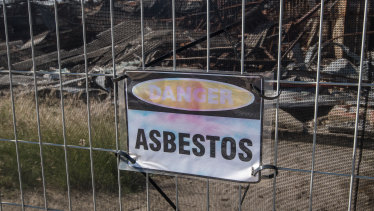 Asbestos particles and silica dust are common in construction and on building sites.Credit:Justin McManus

More than 75 per cent of the affected workers, or 1040, have already died.

The underpayment is almost three times the figure projected in leaked icare briefing documents revealed by the Herald last year, which suggested almost $15 million in compensation had not been paid to dead or dying workers.

Icare manages workers compensation for 3.6 million public and private sector employees, including more than 5000 who have developed a lung disease after exposure to harmful dust at a NSW workplace.

Asbestos particles and silica dust common in construction and on building sites can cause lung diseases. Those diagnosed often have weeks or months to live.

“[The authority] sought to explain that changes in leadership meant that the advice was not being picked up again until 2020,” she wrote, citing an icare board paper dated June 2021.

Of the 1362 cases being remediated by icare, just 276 relate to living participants of the dust disease care scheme. Icare has so far repaid a total $6.5 million to all but two workers.

Among the 1040 cases relating to deceased workers, $8 million has been repaid to the estates of about 800 people and icare is trying to contact remaining executors.

Affected workers were underpaid an average $27,000 for the first 26 weeks of their entitlements. More than 750 participants have also been overpaid as much as 20 per cent through the payments error.

The increase to icare’s outstanding claims liability also includes $54.6 million for higher future claim costs over the next 100 years, reflecting the estimated cost of compensating workers who develop diseases in future.

An icare spokesman said the insurer hoped to repay all workers and their families by the end of June.

“Our focus is to remediate as quickly as possible people and their families or dependants who have been impacted by this decades-old interpretation of the legislation,” he said.

“It’s the widows that count. They are the people who are most affected by underpayments,” he said.

“The breadwinner passes away. [In most cases] that leaves the wife, and if they have dependent kids, they are on struggle street.” 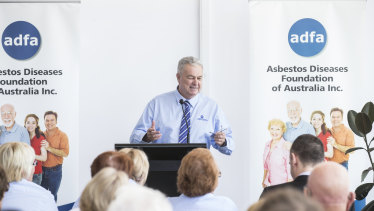 Finance Minister Damien Tudehope, who is responsible for icare, said he was always prepared to meet with advocates and stakeholders, adding that he was confident icare was addressing the remediation payments.

“Dust Diseases Care provides empathetic support to the victims of dust disease and their families,” he said.

“Any participants, their dependants or estates who have not yet been contacted and think they may have been impacted are encouraged to contact icare.”

“It’s beyond belief that icare simply forgot it was underpaying the victims of some of the most horrible diseases imaginable,” he said.

“Their systematic underpayment of dust disease victims is shameful.”