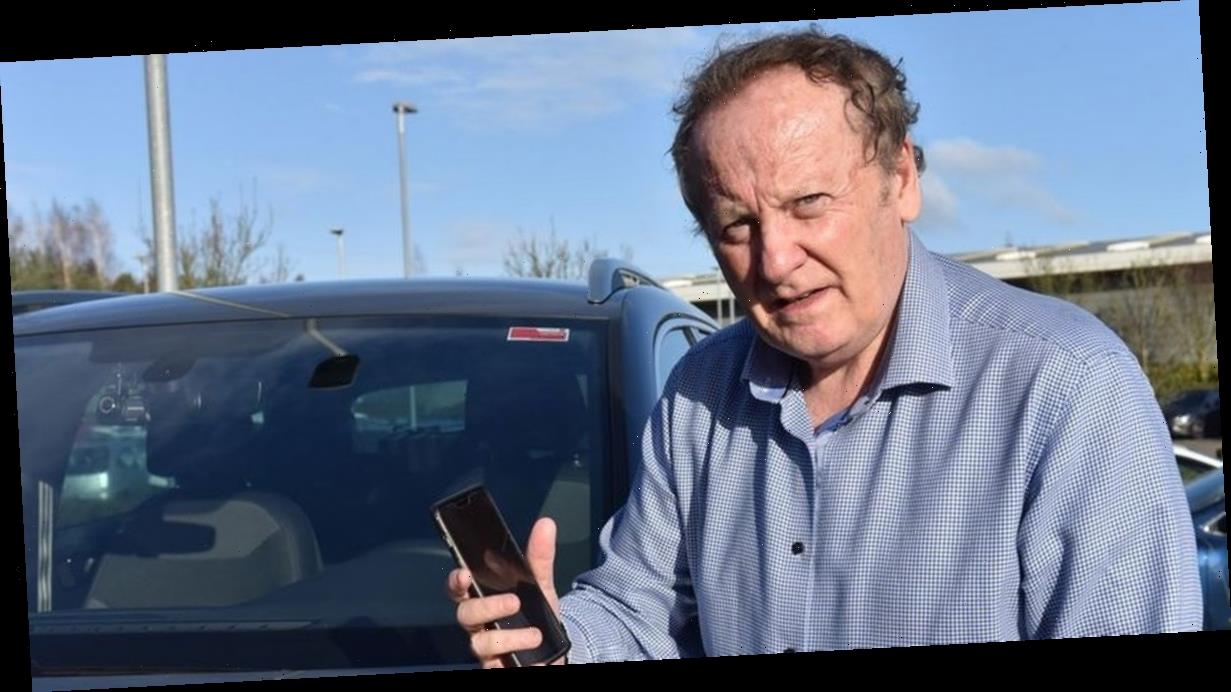 An injured man claims a private company is profiteering off ill people after getting charged a 20p "convenience fee" every time he parks at hospital.

Stephen Morris says he has been fleeced out of £1.20 after using an app to park at hospital six times after breaking his big toe.

The 67-year-old parked at the Royal Stoke University Hospital six times and used the parking app to pay for each stay, Stoke on Trent Live reports.

Grandad-of-two Mr Morris said: "I went to the hospital on Monday, January, 13 and I've used the APCOA Connects parking app before.

"But I thought I'd look at my receipt after I'd left and when I did I saw a 20p convenience charge.

"I've broken my big toe so I'd been going to the hospital to see what treatments I needed. I was at the hospital on this occasion for two hours and the normal parking cost for two hours is £3.20 but I got charged £3.40 with a convenience fee of 20p.

"At the hospital they advertise this app as you walk into the building, but I didn't see anywhere that said you get charged an extra 20p or in the app. You just see it on the VAT receipt if you look.

"To say it is a convenience fee, it's just as convenient for the hospital for people to use the app because it means less people are queuing at the pay stations.

"A lot of people have been complaining about that and asking for more pay stations which would be more expensive for them to do.

"I've also been going to the hospital for check ups on my hip as well and I've used the app six times to park there. That's £1.20 in convenience fees.

"It's just the principle, they don't tell you that you will get charged an extra 20 pence and why should I have to pay extra for using an app when I'm using the same car park as everybody else.

"I just thought it was ridiculous."

Mr Morris added: "You shouldn't have to pay extra. The parking charges at the hospital are already excessive anyway, why should we pay anymore?

"It should be more clearly signposted at the hospital. People should be able to make a decision on whether they want to pay the 20p extra or not. I think it's wrong that this company are trying to make more of a profit out of ill people. It's just totally unfair.

"There will be some people going to hospital for chemotherapy who are here three or four times a week and they could be using the app and not know about this fee.

"It's just not right, making money and profiteering off people in these circumstances. I've got to go back to the hospital and and I'm going to be annoyed knowing that I'm paying more than everyone else.

"It should be the same price if you use the pay station or the app."

Royal Stoke bosses say a notification is given to customers to tell them about the charge before the payment is processed.

A University Hospitals of North Midlands spokeswoman said: "We work with our partner APCOA to make it as easy as possible for patients and visitors to pay for parking at Royal Stoke.

"This includes making payments over the phone or via an app as well as paying by card or cash at our onsite machines.

"Notification of an administrative in association to telephone and app payments is given prior to payment being processed."