Inside an abandoned farm house filled with antiques and creepy dolls 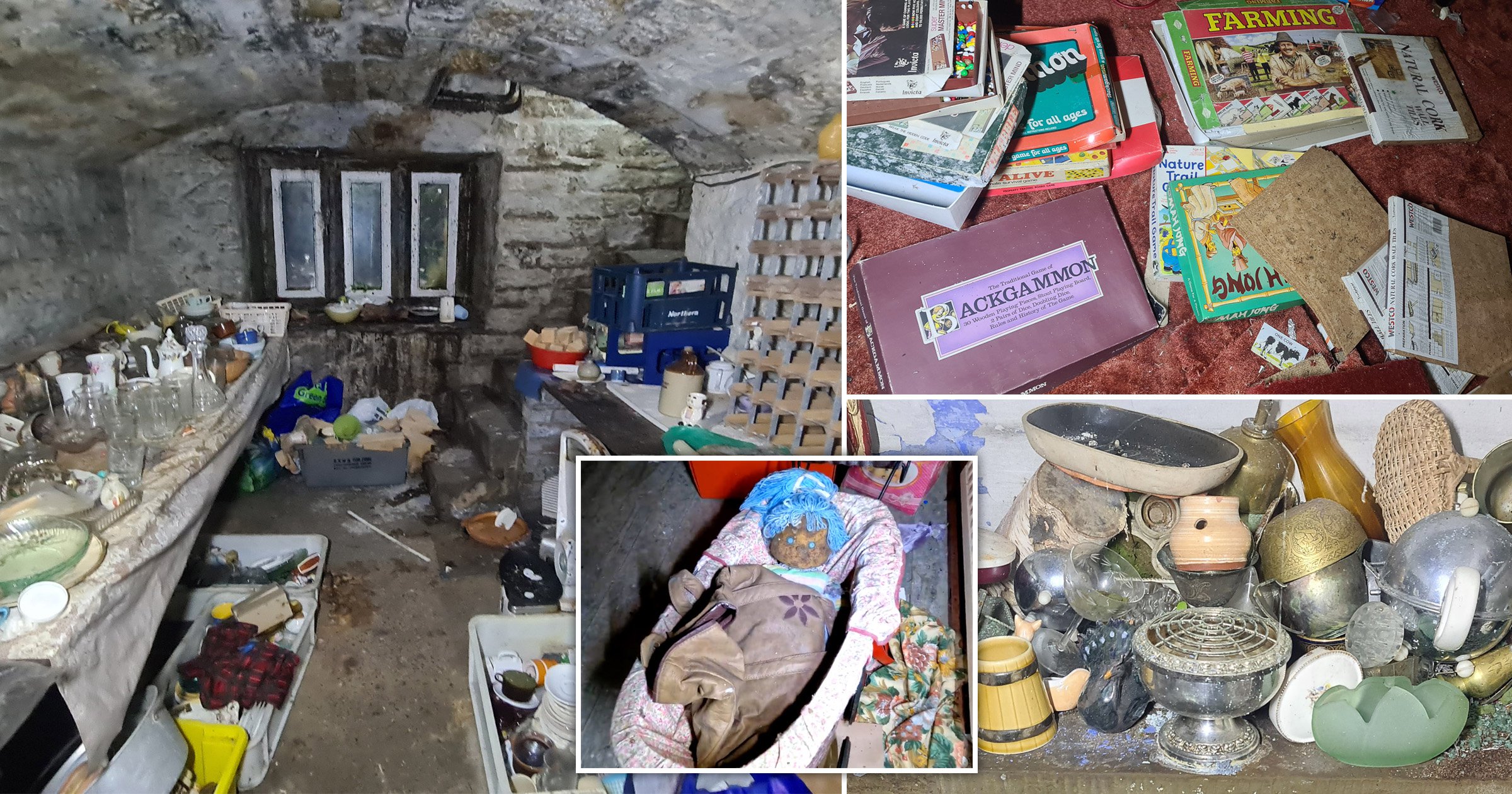 Sure, we’re curious about what might lie inside an abandoned farm house that’s been left untouched for years.

But no way are we going to nose around ourselves. Just think of the ghosts, or at least the rusty nails, ready and waiting to scratch your flesh.

So we’re thankful for Daniel Sims, an urban explorer who does the hard work for us, then shares photos – so we can satisfy our curiosity without having to actually walk through dust and creepy-crawlies.

Daniel, 32, found farm in Yorkshire that appears to have been abandoned with ‘everything left behind’, and took his followers inside to have a nose.

Having heard about the farm house from a fellow explorer, he and his friend Steve entered via a small open window.

They were stunned by what they found: toothbrushes, beauty products, creepy children’s toys, and antiques littered throughout.

Daniel, who shares his adventures in abandoned buildings on his YouTube channel, BeardedReality, said: ‘I could tell it was going to be interesting to look at this place.

‘The atmosphere was calm at first, however at times it became quite eerie – we would hear random noises throughout the house that put us a little on edge.’

As Daniel and his friend made their way through the home, they discovered all sorts of mysterious items, left as though whoever used to live there had upped and left in the middle of the night.

In the kitchen, the kettle, crockery, and appliances were left as though ready to be used, while large paintings sat by an antique cabinet.

They also found an old Philips stereo system, a large writing desk, and a white china urn (with no ashes inside).

Oh, and lots and lots of children’s toys – which suddenly seem quite eerie when there are no kids around.

Some of the items littered around the property included a boxed doll, board games, and a wrapped-up horse figurine.

Up in the attic – yes, Daniel and his friend were brave enough to venture up there – sat a ‘super creepy’ dolls house, a large wooden wardrobe, and a red jacket hung in the middle of the room.

Personally, we would have run away at this point, but the duo went on down to the basement next, where they found stacks of crockery and ornaments, as well as a fridge filled with jams and chutneys.

They estimated that there could be ‘thousands of pounds worth of stuff’ in the property.

Daniel said: ‘The main area that caught my surprise was in the basement where the majority of the collectables where squirreled away and other random antiques.

‘To the right people and collectors some of these individual items could be worth hundreds.

‘We were left wondering why such a place had become like this – we were blown away by everything we saw.’