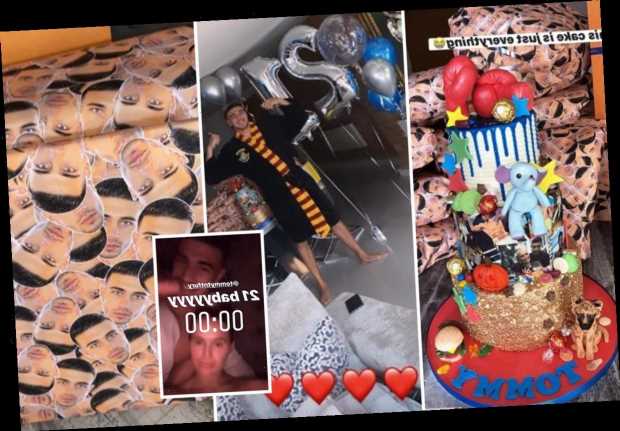 TOMMY Fury and girlfriend Molly-Mae Hague have been documenting the boxer's 21st birthday on social media today – which is also their 10-month anniversary.

The Love Island hunk has been treated to piles of designer presents on his big day – and even a personalised cake inspired by all of his favourite things. 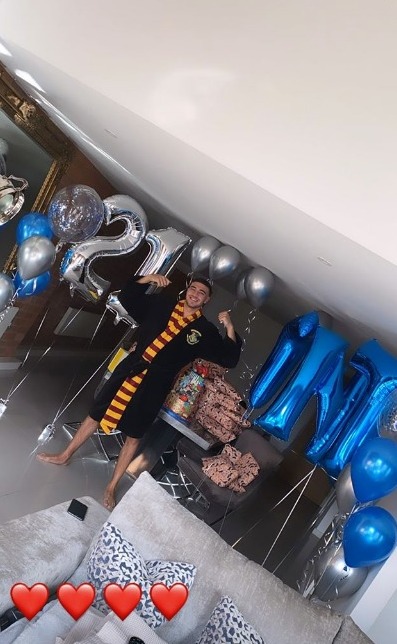 Molly, 20, has been painstakingly trying to organise birthday surprises for her boyfriend during lockdown – even banning him from the lower level of their home as she sorted finishing touches yesterday.

Speaking on her Instagram Story last night, the blonde beauty explained: "I have been up since the crack of dawn to organise everything for Tommy's birthday.

"Organising everything like presents and wrapping paper while in lockdown is not fun, it wasn't easy.

"He's been banished to upstairs so I can get things sorted… And every time he comes downstairs he's wearing a blindfold." 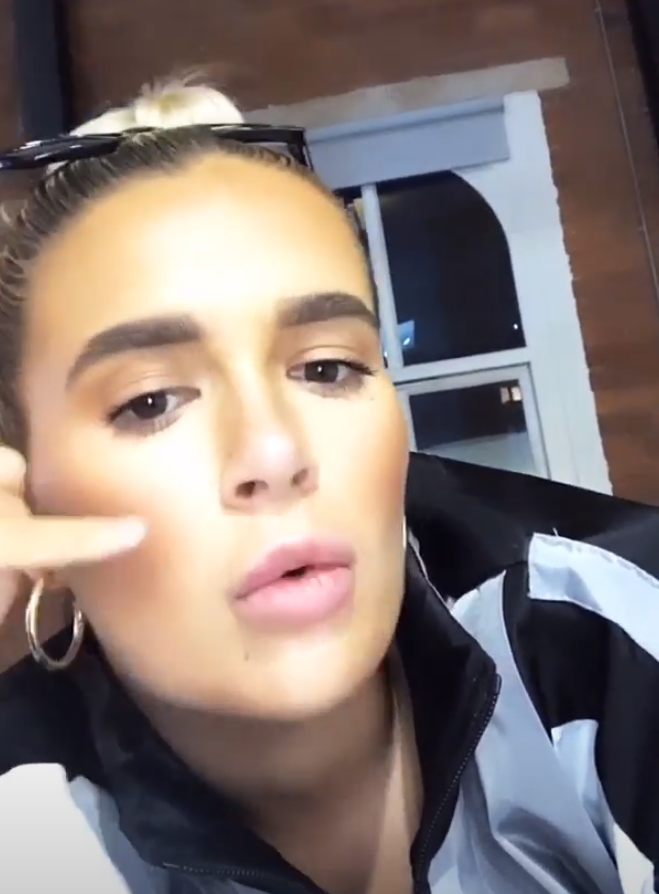 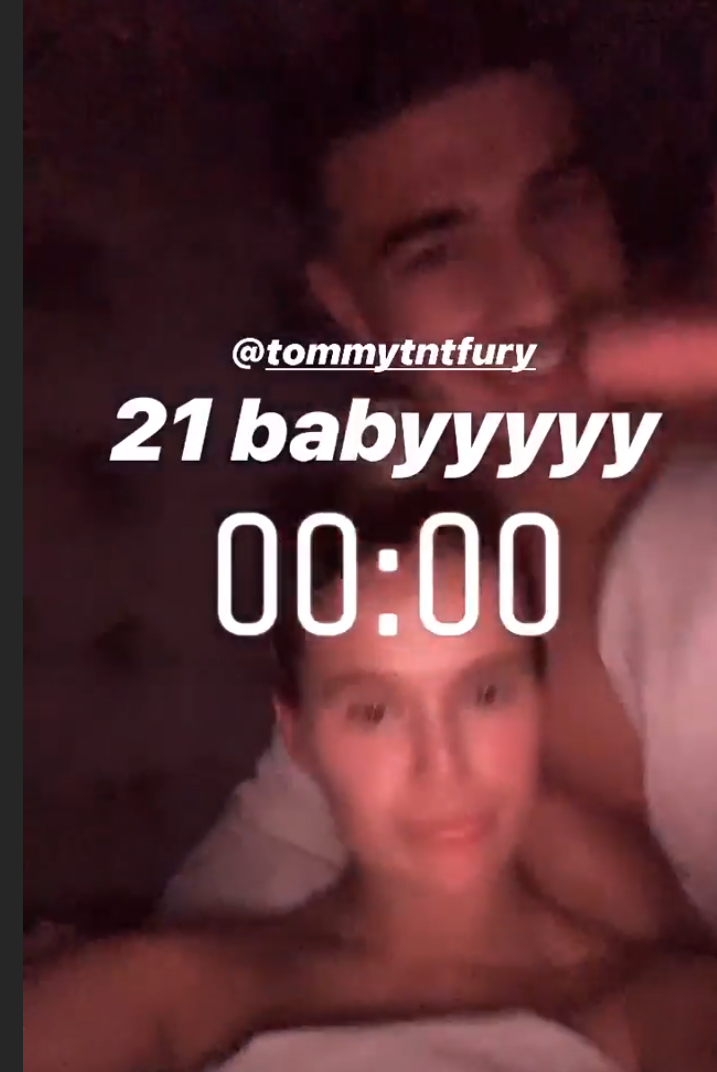 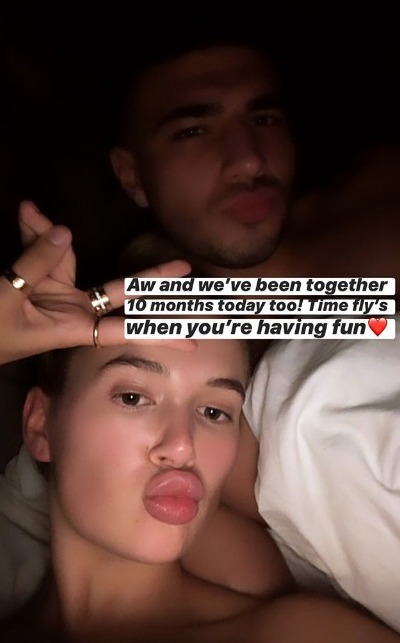 The pair brought in the day by dancing topless under their bedsheets, with Tommy gushing on his own social media page: "No one I'd rather see my birthday in with."

Molly also marked their anniversary, commenting: "Aw, and we've been together 10 months today too! Time flies when you're having fun."

Speaking on his Story this morning, Tommy was giddy with excitement as he was finally able to see what Molly had been spending her time doing. 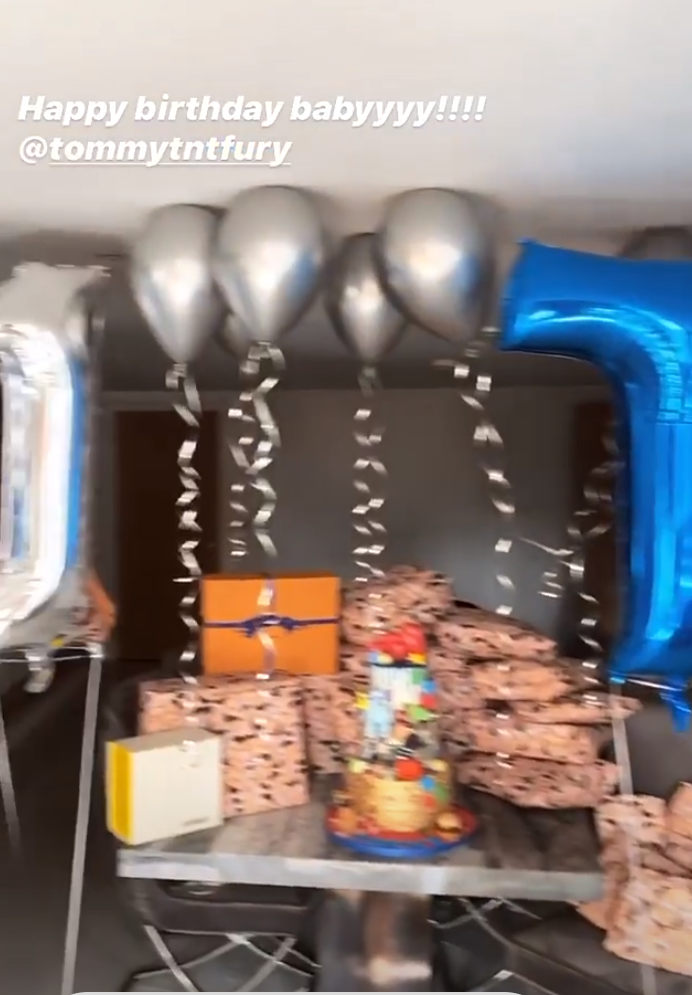 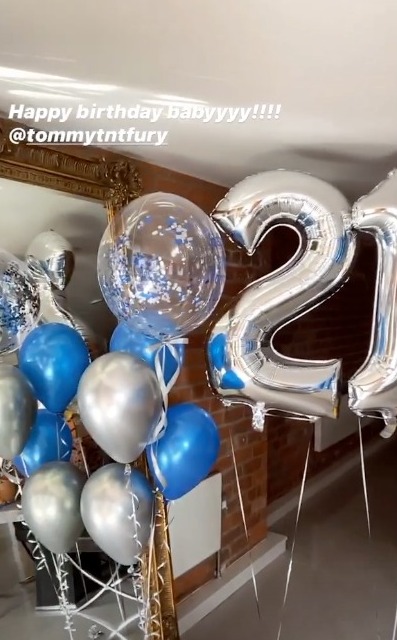 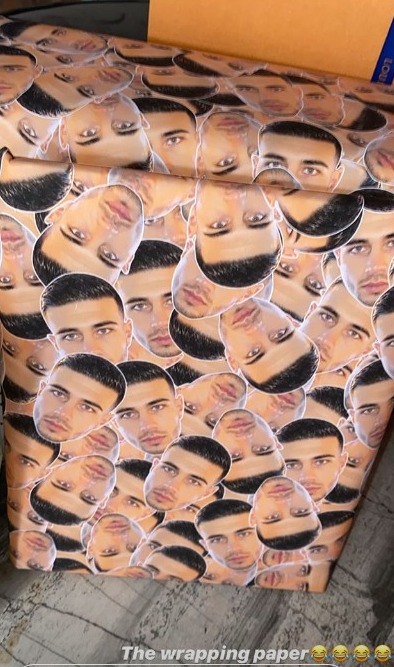 "It's time to go and see what the Mrs. has done, this is what I have been waiting for."

Needless to say, the hunk was thrilled with his "birthday grotto", with Molly decorating their Manchester home with blue and silver balloons – and piles of presents wrapped in paper with Tommy's face on it.

Clearly overwhelmed by the treats, Tommy shared: "For lockdown, when you can't leave, it's amazing – it's the nicest thing anyone's ever done for me.

"Thank you very, very much." 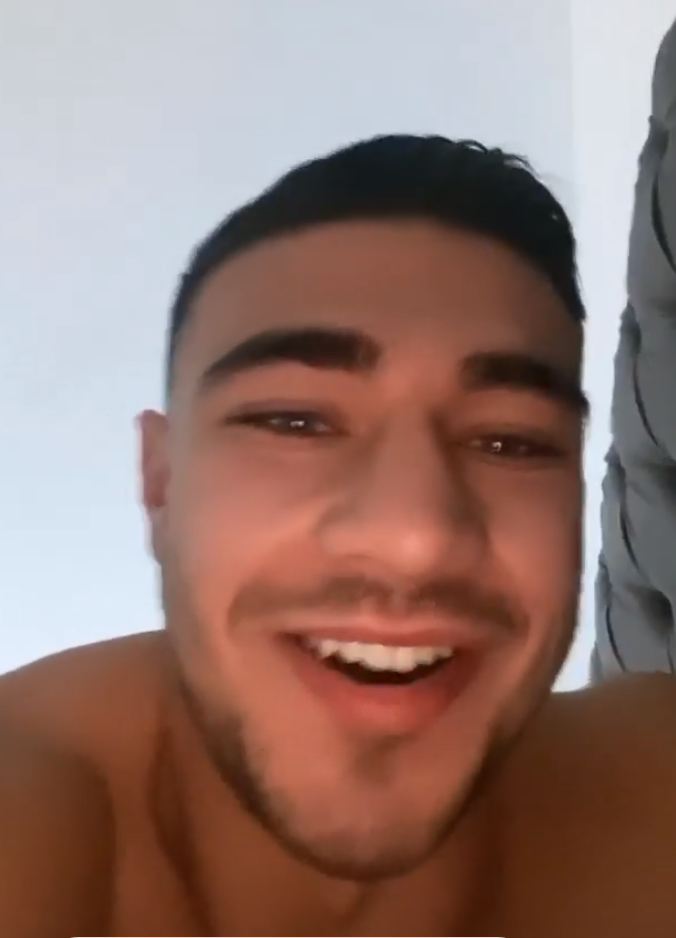 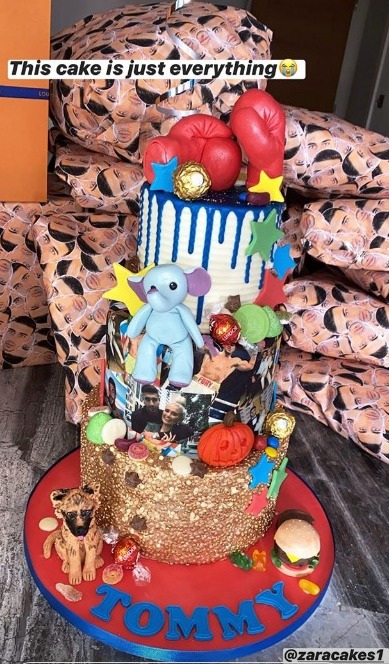 He added in a caption: "I feel like a kid at Christmas."

Molly shared a photo of Tommy posing in his Harry Potter dressing gown amid the impressive display, and also showed off the special birthday cake she'd organised.

The delicious treat was decorated with all of the birthday boy's favourite things – including boxing gloves and nods to the couple's time on Love Island.

Molly's beloved teddy Elly Belly even featured, with Tommy famously using the soft toy to ask her to be his girlfriend on the show. 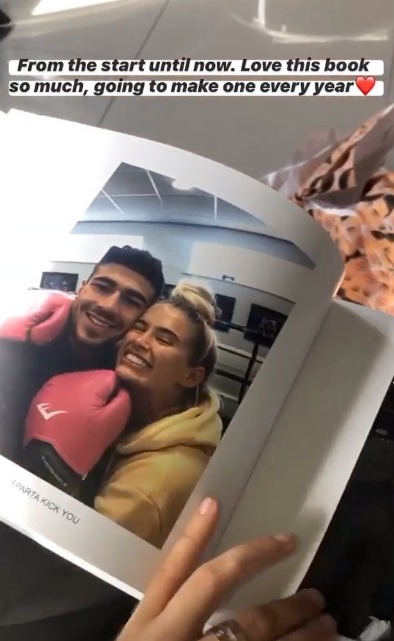 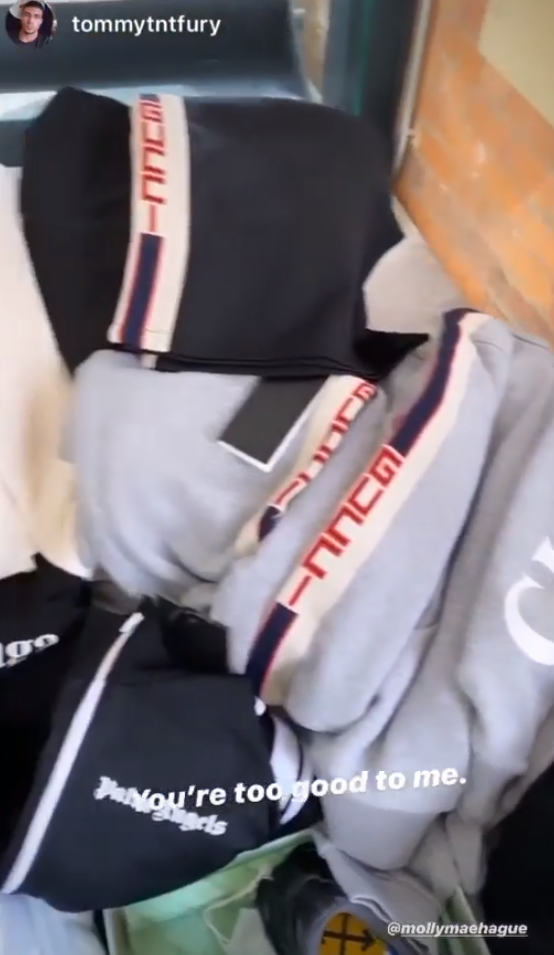 Tommy also showed off his unwrapped gifts from his doting partner, which included piles of designer gear from brands like Gucci and Balenciaga.

He was also treated to no less than three pairs of trainers – as well as a sweet photo book documenting their relationship so far.

Flicking through the book, Molly admitted that it had been the "best year" of her life. 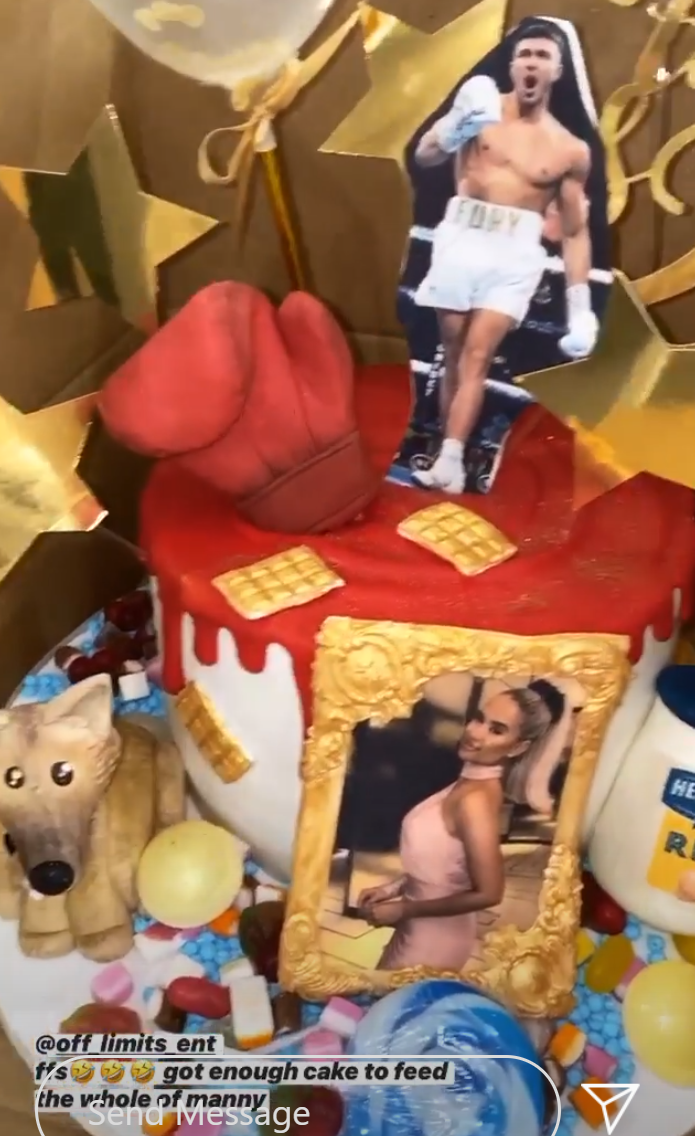 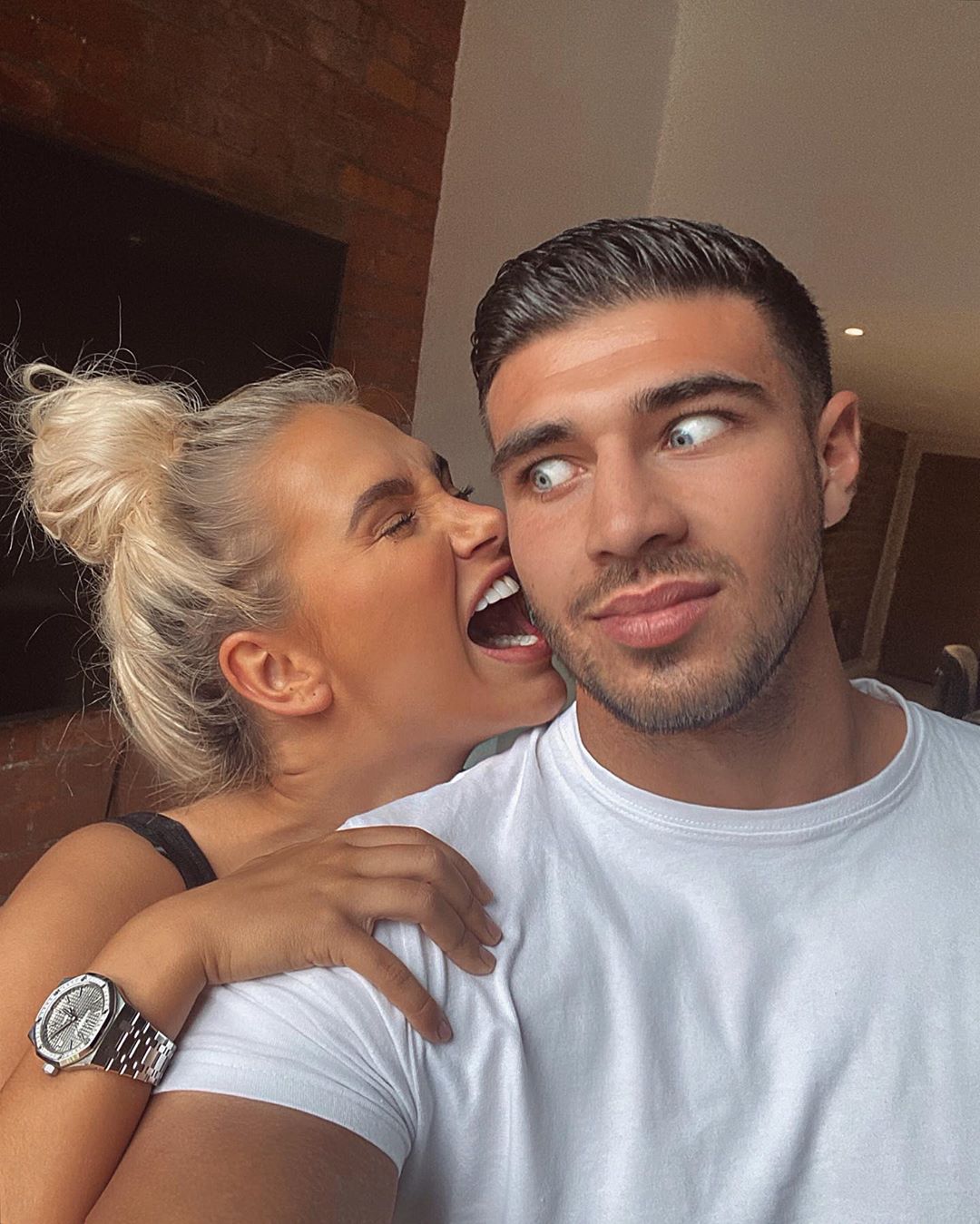 Later in the day, Tommy received a surprise Selfridges delivery from his PR company, as well as a second personalised birthday cake – which featured a jar of mayonnaise, one of the star's favourite foods.

Clearly threatened by the competition, Molly giggled: "FFS! Got enough cake to feed the whole of Manny!"

Molly and Tommy met on last year's series of Love Island, and although they didn't win the show they are the last remaining couple from the season.

Related posts:
Latest News:
When is Tiny Pretty Things on Netflix and what book is it based on?
‘No money in OUR country’ Vine caller blasts ‘millionaires’ Blair & Cameron on foreign aid
Spoilers: Who tries to kill Ian Beale? All suspects revealed in EastEnders
Future’s New Girlfriend Dess Dior Confirms Romance With Steamy Selfie
Recent Posts
This website uses cookies to improve your user experience and to provide you with advertisements that are relevant to your interests. By continuing to browse the site you are agreeing to our use of cookies.Ok