Irrelevant to global decarbonisation? No, Australia’s crucial to it

The Coalition spent over a decade coaching Australia into a state of learnt helplessness over any action on climate change.

One of its most effective arguments was that Australia emitted only 1 per cent of all global greenhouse gases, so even if it eliminated all of them it wouldn’t make a jot of difference. What was the point of trying? 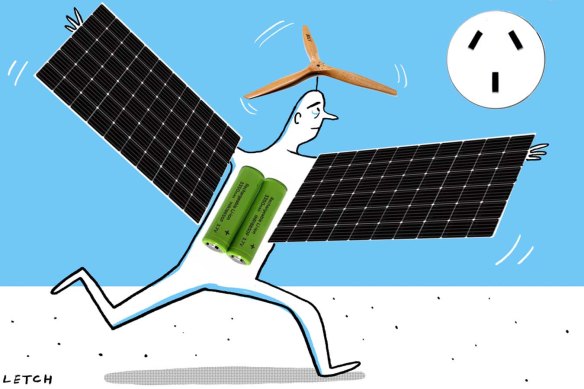 In truth, Australia has the potential to make a cut to global emissions of 8 per cent, according to new research by the eminent economist Ross Garnaut.

That would be more than the effect of continental Europe, including Britain, removing all its emissions, he says. Or as much as Japan reaching net zero emissions twice over.

And, in the process, making Australia a richer country than it has ever imagined, he says in his new book, Superpower Transformation: Making Australia’s Zero Carbon Future.

The federal election result in May “liberated a wider spectrum of the Australian community to talk honestly about climate change and the transition to zero net emissions,” Garnaut says. His book, co-authored with other experts, is a part of that liberation. 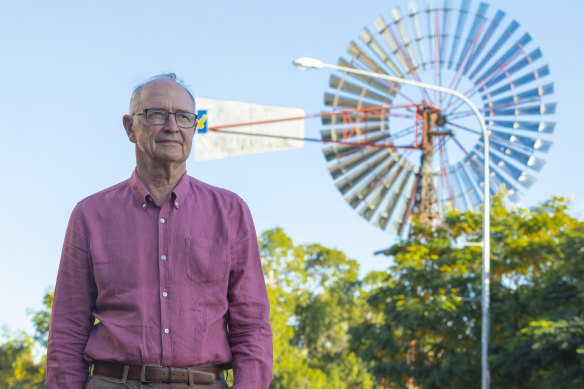 Ross Garnaut has great aspirations for Australia’s potential as a renewable superpower.Credit:Louise Gronold

By what magical arithmetic can Australia eliminate 8 per cent of world emissions if it churns out only 1 per cent? By functioning as a major world supplier of zero-carbon goods and services which will allow the rest of the world, and China especially, to cut its emissions.

“We in Australia have spent nine years since 2013 kidding ourselves that it does not matter on which side of the global climate scales we place our weight. We matter at least as much now on climate as we have done on any international issue on which we sought to influence outcomes. Probably more.”

Garnaut is an Australian visionary. The one-time economic adviser to Bob Hawke wrote the 1989 report on how Australia could restructure its economy to take advantage of China’s economic renaissance, Australia and the Northeast Asian Ascendancy.

And it did, generating a boon to Australia’s living standards that endured for 30 years. Hawke acknowledged Garnaut’s contribution to the vision by appointing him ambassador to Beijing.

And Kevin Rudd commissioned him to write the Garnaut Climate Change Review of 2008. It formed the basis for much of Labor’s climate policy until that government destroyed itself through a mad outbreak of regicide.

Now that Labor has returned to power, Garnaut’s work is again animating a federal Labor government. Anthony Albanese has adopted the “superpower” concept – the title of Garnaut’s previous book – into his speeches.

It’s no coincidence that Garnaut was the keynote dinner speaker at the government’s jobs and skills summit a few weeks ago.

Australia’s opportunity to become the “superpower” of the zero-carbon world is built on five endowments that it has in greater abundance than any other on earth, relative to the size of its population and economy, says Garnaut, professor emeritus at Melbourne University.

“Australia has a special place in the spotlight [at COP27 in Egypt next month].”

First is the cheapest renewable energy in the developed world and competitively priced storage potential. Second is a huge area of land suitable for growing and harvesting biomass to replace oil, gas and coal in the chemical industries.

Third is the country’s status as the world’s biggest exporter of mineral ores that need smelting – iron, aluminium and silicon, for instance. The opportunity here? To exploit Australia’s cheap renewable energy to do the smelting of Australian ores in Australia, ready for export.

This is Australia’s biggest single decarbonisation opportunity for the world. Specifically, for Australia to become China’s iron ore smelter and to do it with zero emissions.

Today, China produces more steel than the rest of the world put together. It’s the source of 17.5 per cent of all China’s carbon emissions, second only to the electricity sector. 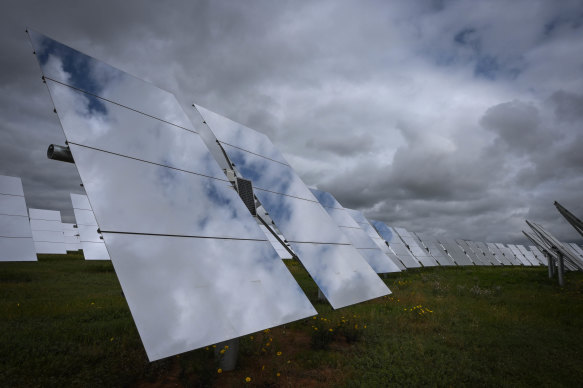 The RayGen Power Plant Carwarp Project in Mildura: one of many exciting renewable power initiatives coming to fruition around Australia.Credit:Eddie Jim

One of the book’s co-authors, ANU economics professor Ligang Song, says that “using Australian renewable electricity and hydrogen produced from renewables to convert [iron ore] into iron metal and steel would reduce global emissions by around 2 per cent – almost twice as much as Australia eliminating its own emissions”.

Turning Australia into the world’s biggest smelter would help China meet its decarbonisation targets. And the zero-carbon smelting would be done mostly in rural and regional areas of Australia, according to Superpower Transformation. Of course, this presupposes a good deal of political and economic trust between Canberra and Beijing, which must count as a serious uncertainty.

The fourth key Australian endowment is its reserves of critical minerals – or, as Garnaut prefers, “energy transition minerals” – essential to manufacturing the gear for the zero-carbon economy. These include silicon for solar panels and computers; a range of metals for wind turbines; and minerals for batteries and electric vehicles including cobalt, nickel, manganese, magnesium, graphite, lithium, vanadium, titanium and other rare earths.

Fifth is “the legacy of knowledge, skills, institutions and infrastructure from the old resource industries”.

Garnaut doesn’t pretend it’ll be easy. Vast investment would be needed over the next decades. Vast, but not unprecedented – Australia invested a comparable sum in gearing up to supply the great China resources boom of the 2000s, he says.

Rather than being irrelevant to the planet’s decarbonisation, Australia can be crucial: “Australia’s success in building the superpower is important to global success. It is important to sustaining full employment with rising living standards in Australia. And it is critically important to Australian security.”

How? By restoring Australian trust and credibility in the Pacific and beyond, and preventing convulsive climate-driven destabilisation in the region, Garnaut argues.

Australia can advance its renewal, from recalcitrant to redeemed, next month at the COP in Egypt where “Australia has a special place in the spotlight,” he says. Australia should not only pledge its existing promise of a 43 per cent cut to emissions by 2030, it should also make a non-binding indication that it would expect to achieve a 75 per cent cut by 2035, says Garnaut.

Unthinkable for Australia just a few months ago, and still bracing today, yet now a possibility. Such an accomplishment would be a strong signal to the world, Garnaut says, and “would also be achievable in the course of building the superpower”. Learnt helplessness or earned leadership, Australia is on the cusp.

The Opinion newsletter is a weekly wrap of views that will challenge, champion and inform your own. Sign up here.