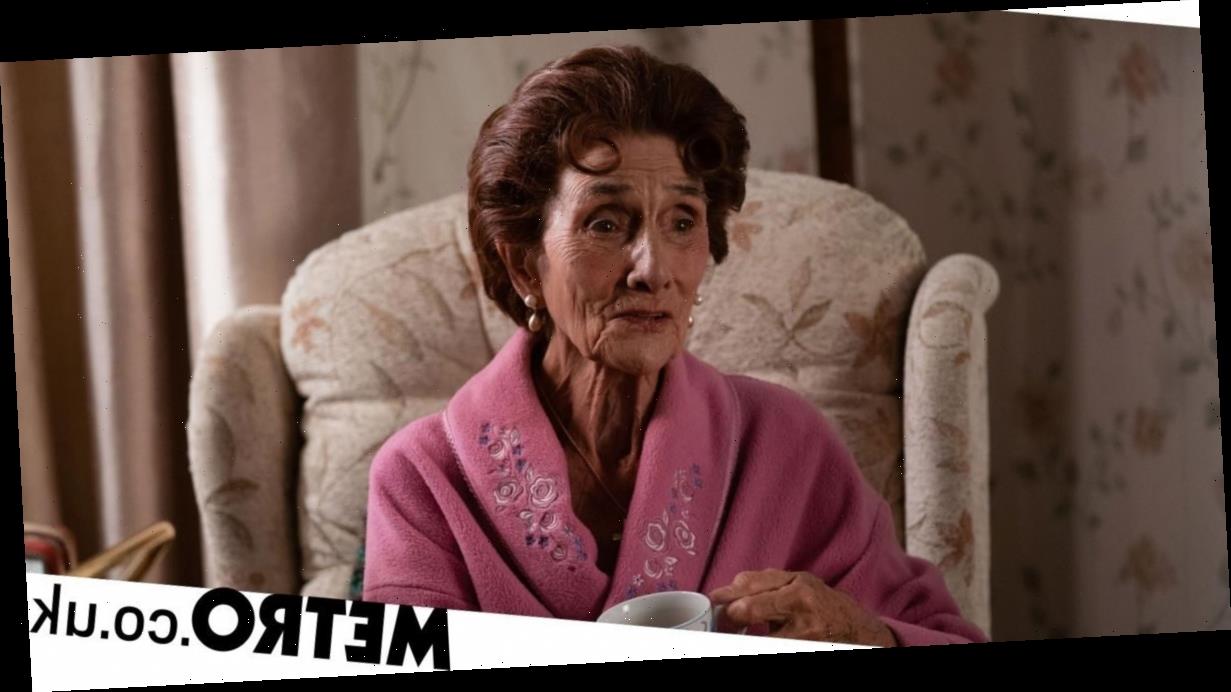 EastEnders icon June Brown has suggested that she’s quit the soap for good.

The star, who’s been a regular in Walford since 1985, claimed that her last storyline has been her final stint on the show.

With her last exit from the soap having left the door her potential return wide open, here’s what we know about whether or not June is ever coming back to play Dot Cotton.

It is Metro.co.uk’s understanding that June is on an ad hoc rolling contract with the soap and returns as and when the storylines require.

However, in an interview with the Distinct Nostalgia Podcast, June said ‘I don’t want a retainer for EastEnders, I’ve left. I’ve left for good. I’ve sent her off to Ireland where she’ll stay. I’ve left EastEnders. I did make up a limerick. It’s a bit dirty.

However it may not prove to be as simple as all of that, as June is expected to attend a celebration for EastEnders’ 35th anniversary. On top of that, her dressing room on set is just as she left it.

Therefore, it’s a waiting game as to whether or not we’ll see June on screens as the unflappable Dot once more.

An EastEnders spokesperson told Metro.co.uk: ‘We never discuss artists’ contracts, however as far as EastEnders are concerned the door remains open for June, as it always has if the story arises and if June wishes to take part.’

An insider added to us: ‘Everyone is a little baffled by this as June’s dressing room and all her contents are still where they have always been, in fact we were under the impression that she is attending a gathering tomorrow to mark the 35th anniversary.’