‘I’ve given you a direct answer!’ Charlie Mullins hits out at Susanna Reid on GMB

Charlie Mullins OBE was invited onto Good Morning Britain to discuss whether people in the UK who have had both coronavirus vaccinations should be given freedom from current restrictions. The Pimlico Plumbers founder who hasn’t received either of his jabs due to residing in Spain for the last five months because of work commitments, hit out at Susanna Reid when he was forced to repeat the answer he gave to her “direct question”. The presenter was quick to clear up she was not accusing him of being an anti-vaxxer.

“Have you been double jabbed?” Susanna asked.

“No.” Charlie replied and the presenter continued: “Have you had one jab?”

“No, not at all, I’ve been in Spain all the time on work commitments so I’ve not been back to the UK for five months, so no I haven’t,” he explained.

“Okay. Is Spain not offering you the jab?” The presenter continued and Charlie said: “Unfortunately not. I am due to have it next week [in the UK].” 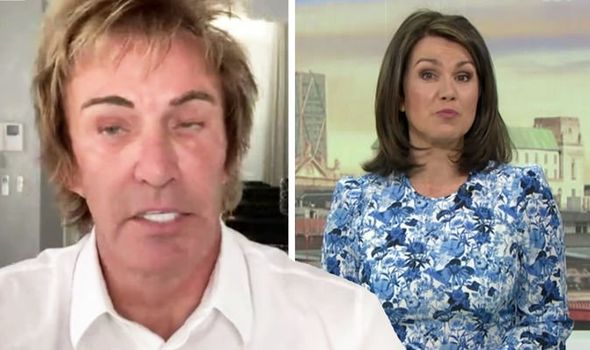 “But, you think people who have been double jabbed should be given more freedom than those who haven’t [received the vaccine]. Which is ironic seen as you haven’t even had one!” Susanna wondered.

“That’s got nothing to do with it,” the businessman remarked. “You fact you’ve asked me a direct question and I give you a direct answer!

“No, of course, I’m not suggesting your in anyway a vaccine denier,” Susanna cleared up. “But once you are double jabbed, what are the freedoms you think people should be allowed to have.”

“Certainly to travel, to get back to work,” Charlie revealed. “No social distancing, get back to normal life really.” 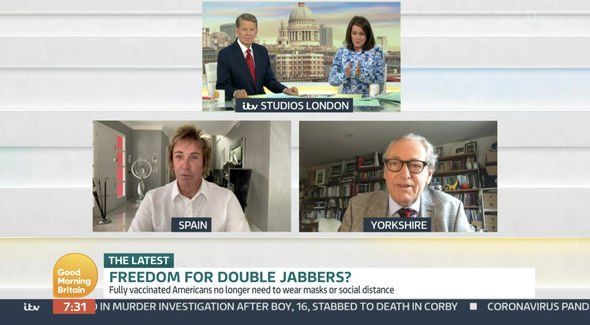